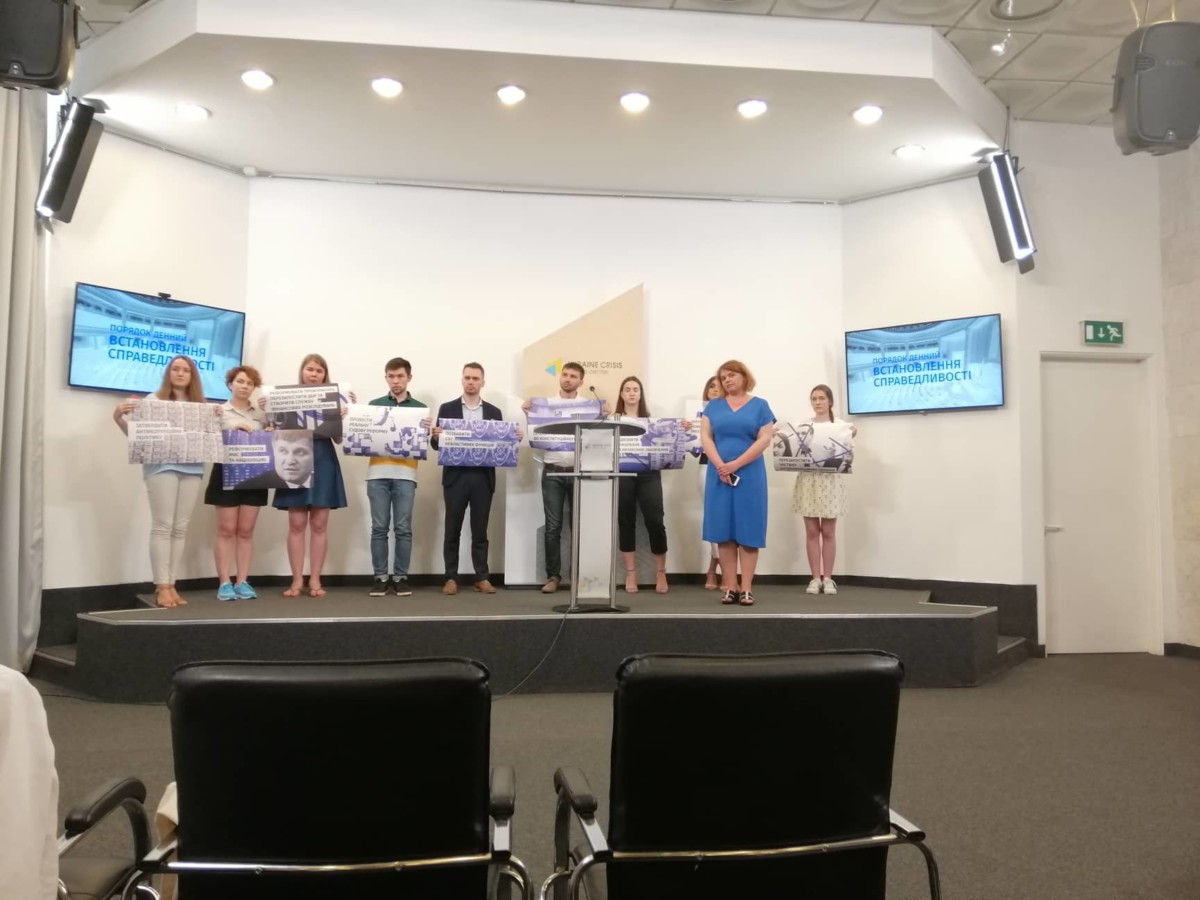 How New Parliament Can Prove Effectiveness

When the Agenda was presented, Kateryna Ryzhenko of TI Ukraine took the floor, among other participants. Here is what she said in full.

“Every year, the global Transparency network carries out an in-depth study and compiles the Corruption Perceptions Index. Last year, Ukraine somewhat improved its score, ranking 120th among 180 countries. We gained 2 points and went 10 places up.

“However, this was mostly because the law on the HACC was adopted and the competition to it started, and due to automatic VAT refunds.

“Ukraine did not follow most recommendations by TI Ukraine last year. Among other things, we insisted that it was important to reform the NACP, the SAPO and the SBU, to create the Financial Investigation Service, etc.

“I will dwell on restoring the credibility of the SAPO.

“Last year, head of the SAPO was in the middle of a huge “fish tank” scandal, when it turned out he was giving recommendations to individuals involved in NABU/SAPO investigations how to answer questions during interrogations, divulged details of investigations to suspects and pressured the court.

“The credibility of the newly created agency plummeted. We urged Kholodnytskyi to resign, in vain.

“We got together to say: it is possible to restore the SAPO’s credibility, if the management is selected through a new procedure. The SAPO should be made as independent as possible of the Prosecutor General’s Office and potential political influence.”

Ukraine did not follow most recommendations by TI Ukraine last year.

“The second important question in the context of fighting top-corruption is restoring liability for illicit enrichment.

“High-ranking officials who were robbing Ukrainians and getting rich illegally after the Revolution of Dignity got full amnesty after criminal liability for illicit enrichment was ruled unconstitutional in February 2019.

“Cases against 65 high-ranking officials were closed, and there is no such crime currently in the Criminal Code. The public and the international community condemned this decision and urged the Parliament to restore criminal liability, since this decision of the Constitutional Court was a heavy blow to the anti-corruption effort in our country.

“The new parliament should ensure that illegally obtained assets of public officials be confiscated irrevocably and that effective criminal liability for illicit enrichment be restored.

“We hope that the newly elected MPs will prove how effective they can be and that Ukraine will implement these and other recommendations, going up in the Corruption Perceptions Index.”

The new parliament should ensure that illegally obtained assets of public officials be confiscated irrevocably and that effective criminal liability for illicit enrichment be restored.