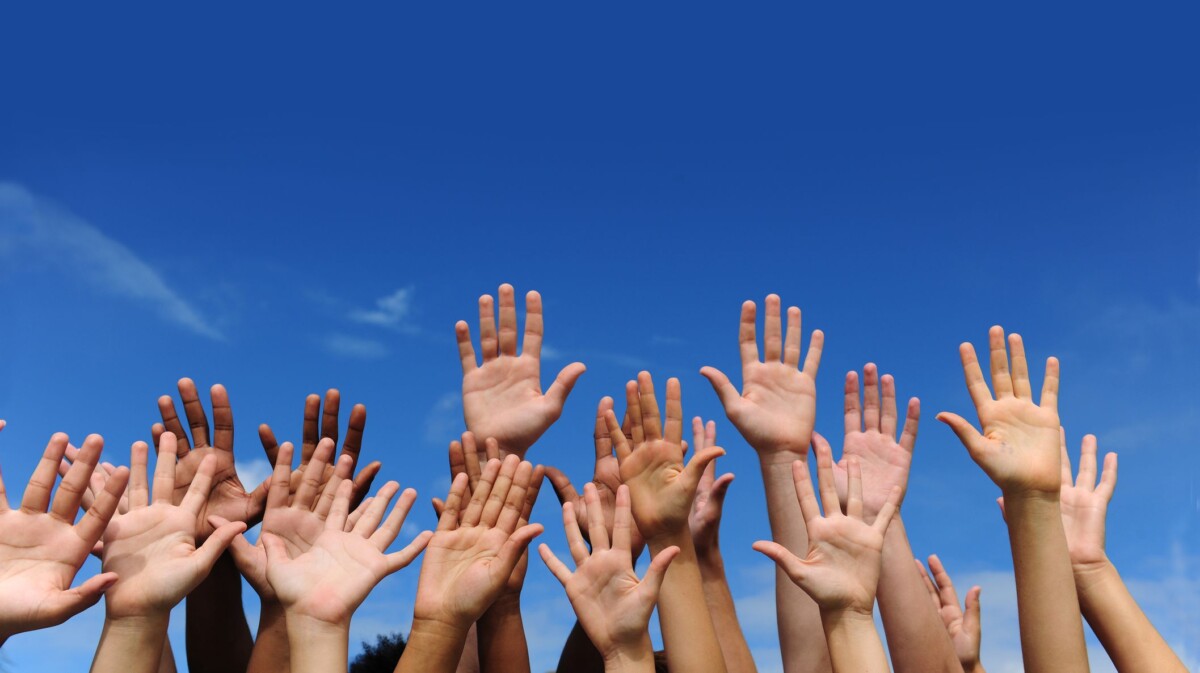 Participatory budget is designed to expand the tools of real democracy and at the same time train citizens to develop cooperation skills and understand the real needs of their community.

Local community participatory budgets, or, as they are more often called, public budgets, have become quite popular in the few years since their introduction. They have been created as an alternative to the existing mechanisms for allocating budget funds, when everything is decided by someone up the ladder: the executive body of the local council creates a program of expenditures, MPs can add their own ideas, and the council approves the plan and the estimate. Instead, the participatory budget provides for grassroots initiative: citizens unite in teams of like-minded people, put forward ideas on how to improve the lives of their local communities, form a project and estimate, participate in rating voting and, if they win, receive project implementation at the expense of the budget and local authorities.

Participatory budget is designed to expand the tools of real democracy and at the same time train citizens to develop cooperation skills and understand the real needs of their community. And since communities, as well as society as a whole, are quite heterogeneous, the draft participatory budget reflects this. Some activists perceive the budget as an opportunity to finally purchase everything for the social object of their district that the budget have not provided, while others — as a way to solve technical problems that officials do not notice. Others noticed in it the opportunity to embody creative and still unusual ways of improving the urban environment.

The PB format is constantly changing and improving. For example, the size of this budget in Kyiv has increased from UAH 50 mln in 2017 to UAH 200 mln in 2022 (current). Certain rules and requirements are also changing. In particular, this year, not only Kyiv residents with a residence permit can vote, but also everyone who works and pays taxes in this territorial community.

Another significant point in the development of the PB practice is that certain participants were recognized as dishonest and sanctions were applied to them. Last year, the commission of the participatory budget of Kyiv recognized several team leaders as dishonest after analyzing the work of participating teams. Moreover, four of them were at that time incumbent MPs of the Kyiv City Council, and one was an advisor to the deputy mayor of the capital. The main violation that the MPs were accused of was that they used their participation in the PB for their political advertising as a local MP. In 2020, the next local elections were just taking place.

MPs and the budget

On the one hand, MPs are representatives of the same community and can formally form their own teams and put forward projects for the PB. On the other hand, the very concept of the work of a local MP has long envisaged the established mechanisms for their participation in the distribution of local funds and the implementation of the needs of the district. Simply put: PB is an alternative to MPs, and they themselves have the opportunity (and are obliged) to submit applications from their district to the city’s socio-economic development programs adopted by the city council. It is these programs of distribution of the main budget of the city that provide for repairs of housing and municipal services and schools, new playgrounds, equipment of kindergartens and libraries. To do this, the MP, in fact, works in the commissions of the Kyiv City Council, and has professional assistants on a paid basis who work in reception rooms and create MP appeals and draft decisions.

Plus, MPs of most local councils still have separate funds to fulfill the “orders of voters.” The size of such a fund in Kyiv now is UAH 1 mln per year. The MP can spend these funds at their own discretion — both for material assistance to voters, and to purchase what is necessary for the district.

MPs and the participatory budget

However, despite the listed mechanisms of influence on budget expenditures, local MPs are actively involved in the promotion of projects through the PB. To achieve this, they use established relations with local administrations, cooperation with budget institutions (education, medicine) and work with voters.

Last year, the commission of the PB of Kyiv disqualified the projects of several incumbent MPs of the city council because they used PB in their political campaigning. These projects, which have already gained quite high ratings, were removed from voting, and MPs, as a punishment, were banned from participating in the PB for a year.

But the next cycle of the public budget has come — and for some reason the same faces are again among the leaders of voting for projects. This applies in particular to Yuliia Yarmolenko, MP of the eighth and current convocation of the Kyiv City Council, who promotes dozens of projects for her district through the participatory budget, not the city budget.

PB-2022 involves ten projects submitted either by the charity organization “Vzaiemodiia” (Interaction), which she heads, or by her official assistants. This is evidenced by the call to action on the page of the organization. The total expected cost of the submitted projects is more than UAH 10 mln. Most of them relate to the current issues of the district where Yarmolenko’s public reception office (Nova Darnytsia) is located, and some of them relate to the needs of the entire Darnytskyi district. For each of the projects, Kyiv residents have already given 2-5,000 votes, which indicates a fairly decent rating.

How to circumvent the ban

Turns out it’s simple — the team just changed the name of its leader. In the case of “Vzaiemodiia,” instead of Yuliia Yarmolenko, the initiators of the projects were Oleksandr (her father) and Tetiana Yarmolenko and official assistants MPs Lidiia Hladysh and Dmytro Hrafskyi. As a result, on the rating page of projects with a sample for the Darnytskyi district, almost half are projects of this particular team, which seems to be deprived of the right to submit.

All these are important needs. And all of them can theoretically be satisfied either with the estimates of the institutions themselves (as medical institutions that receive funding from the National Health Service), or with the budget lists for the year of the relevant departments (Education, Culture, Housing and Municipal services).

It is difficult to say exactly why these projects are promoted precisely through the participatory budget. Perhaps something is preventing institutions from applying for these needs in the classic way. Or through the voting of mobilized groups, such as parents of schoolchildren, it is much faster and more profitable to promote these projects.

In addition, this way, projects are less analyzed and criticized. For example, one of the most relevant proposals of “Vzaiemodiia” is to install growth figures “Shkoliar” at pedestrian crossings of Nova Darnytsia. They imitate a child and are designed to attract the attention of drivers, forcing them to slow down in certain areas. The project provides for the procurement and installation of 20 such figures for UAH 20,000 each.

Kyiv resident and activist Serhii Pasiuta, who also participated in several PB projects in the field of road traffic, believes that the stated amount of expenses is almost twice as high. He also notes that this method of road safety is not provided for by the current regulations at all.

“These figures cover the triangle of visibility at crosswalks, which is prohibited by the State Construction Regulations. Installing shapes does not oblige the driver to do anything — they are not included in the traffic rules. Speeding safeguards are much more effective: raised crosswalks, safety islands, anti-enlarged sidewalks, speed cushions. However, all of them require coordination with the police and are more expensive,” explains Pasiuta.

To clarify the position of MP Yuliia Yarmolenko, head of “Vzaiemodiia,” regarding the projects submitted by her organization, we contacted the MP’s reception office, but she did not get in touch.

Yuliia Yarmolenko is certainly not the only one who uses the participatory budget in this way to increase her popularity in the district among voters. There are at least six officially registered participating teams associated with MPs on the PB website. By the way, Yarmolenko’s team is a record holder with its 94 projects. The remaining MPs have a maximum of 11 each.

However, most often MPs support projects not officially, with the notification of the PB commission, but through their civil society organizations, foundations, and assistants. And some, as we can see, neglect even a direct ban on doing this for a certain time. In addition to Yarmolenko, MP Oleksandr Brodskyi, who was disqualified last year, is also indirectly participating in PB-2022, his assistant submitted several projects in his former district.

There is no criminal liability for this, and voters actually approve of such actions of MPs — almost all of those, who were recognized as dishonest last year, were elected to the new convocation of the Kyiv City Council. Thus, PB is partly transformed either into an order table for heads of budget institutions of the district, who are more comfortable buying equipment without long stages of the budget process, or into an additional tool for promoting an MP in the district. Then, some really innovative or niche projects will slow down, unable to compete with the organized voting under the leadership of MPs. 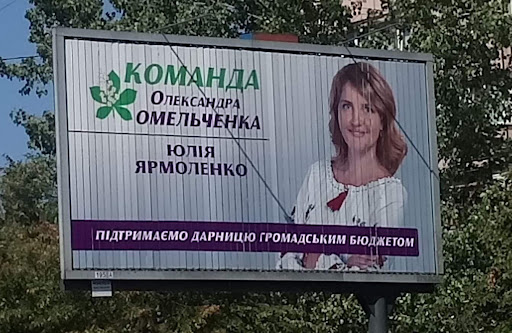