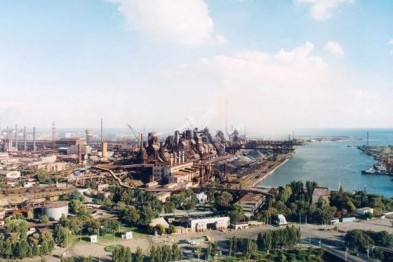 In the piloting project on transparency, Mariupol obtained the 12th place among 25 cities. The researchers have indicated the spheres we can be proud of, and those that turned out to be a failure for the city.

The presentation of the final rating of 100 cities will take place at the end of June, explained Anatolii Kotov, the project assistant of Transparency International Ukraine to the website “0629“. Ukrainian agency of the international anti-corruption network Transparency International with the Institute of Political Education has measured transparency and openness level of the cities using 91 indicators to measure 13 spheres and branches (information about the work of public authorities, accessibility and participation, procurement, housing policies data, budgeting and contracts, grants, appropriation of funds, social services, personnel issues, professional ethics and conflict of interest, records of land-utilization and constructions politics, public utility companies, public property, education).

What are the transparency advancements the city of Mariupol can boast of?

In the sphere of “Access and participation”, Mariupol has received the highest scores among all the regional centers of Ukraine – 8,5 scores out of 10. Only Kyiv could approach Mariupol in regards to the scores in this sphere (it has got 7 scores out of 10). The citizens of Mariupol can put an online inquiry and appeal to the counsel; the citizens can attend sessions of the counsel commission and presidium without deputies’ consent. It is a very important indicator of transparency and openness.

But there are specific indicators that have to be improved in terms of this sphere. Thus, the records of the presidium (collegium, coordination board) meetings are not published on the official website. Also, the decision to introduce the budget for participation has been taken. However, only four draft decisions on participating budget have been published.

Besides, it is worth mentioning there are advancements of the city in the sphere of public property. Mariupol has become the first Ukrainian city to join ProZorro.Sale. Owing to it, non-core assets of the state and public utility associations will be realized in competitive and transparent conditions for all market participants.

Which spheres in Mariupol have to be improved?

“Personnel matters” which brought Mariupol low scores are still one of the problematic spheres of the city. There is no information on the city website about mayor’s cooperation with profit and non-profit organizations. The records of the process of the personnel selection process for different positions in the city council are not kept. Therefore, it proves there is closed nature regarding this matter. Such sphere as “Grants, appropriation of funds” also needs improvement in regards to transparency and openness. Citizens cannot access the information about all the applicants (including those who didn’t win) for the appropriation of funds. Besides, there is no information about tenders on allocation of funds among civil society institutions.
Residents also do not have access to the decisions on the funds appropriation.
Failing sphere from the point of view of transparency is public utility companies. De facto, all the necessary information related to public utility companies is absent. Neither citizens can find fiscal audit reports, annual reports of the supervisory committee and the executive board of the company.

Mariupol is in the middle of the rating in terms of transparency level among Ukrainian cities. It proves that many openness indicators still require improvement. But there are spheres in which the city seems to be able to meet competition.

The TI Ukraine staff has explained what the reason was for such a detailed analysis of all the spheres of city councils activity. The transparency rating of the Ukrainian cities will become a key analytic document which will be relied on in further activity on improvement of transparency and openness of city councils. Particularly, after the presentation of the final rating of 100 cities which will be released in June, the representatives of the project will hold a number of training courses in different regions of Ukraine for proliferation of best ways of appropriate management. Special attention will be paid to those spheres in regards to which all the cities received low scores. After it, 15 local initiatives will receive some subgrants for increasing the transparency level in native cities.

“We believe that transparency and openness are very important in the fight against corruption on both central and regional levels. The issue of transparency is especially important in the context of implementation in Ukraine of the decentralization reform, which predisposes delegation of authorities and budgetary receipts to local authorities,”-Anatolii Kotov explained.

That’s why the rating of transparency can become a vital instrument for Mariupol and other cities as well for transparency and openness level increase. Owing to such a project that was introduced in Slovakia, cities has increased the level of transparency by 40%-47%, thus reducing the risks of corrupt practices in different spheres (from procurement to education).