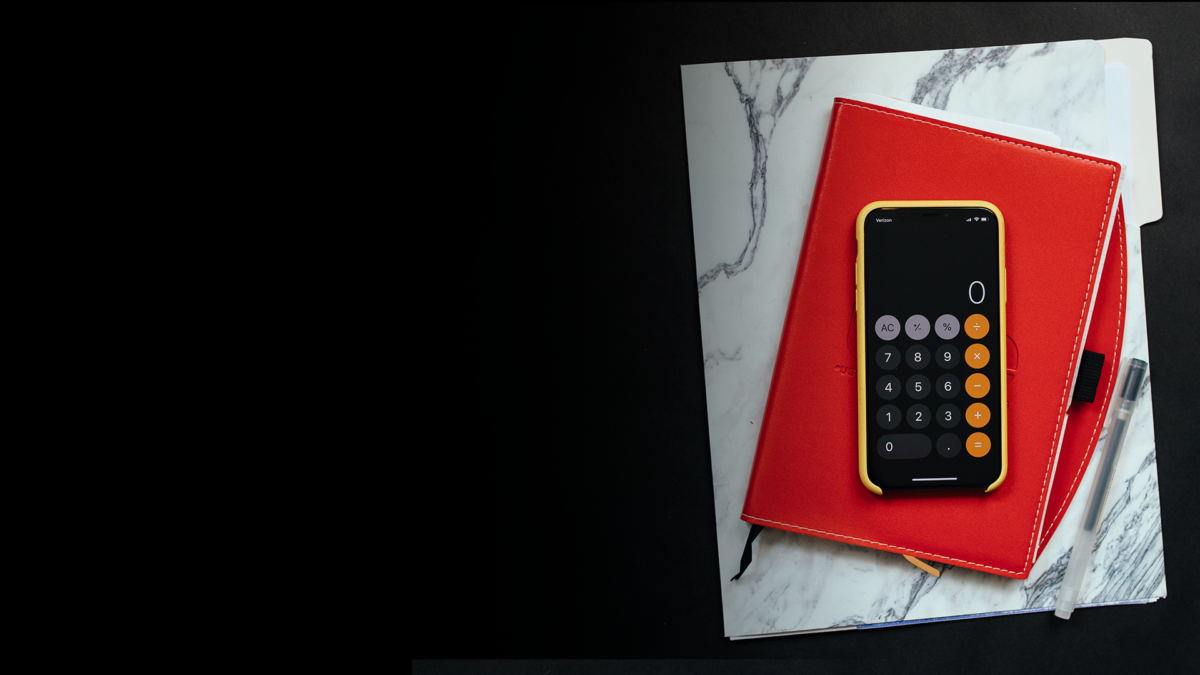 The Cost of Reconstruction: Calculations of the National Recovery Council

How the Government plans to spend international assistance after the war.

At the end of July, the National Council for the Recovery of Ukraine from the War published a large package of documents defining measures for the reconstruction of Ukraine in 24 focus areas. This is a set of plans for the next 10 years with a long list of what at least UAH 25 trillion will be spent on.

The publication of this plan was the second step after the conference in Lugano (which was mostly of a general nature) and was to form a kind of package of proposals from the Ukrainian Government to society and international partners, a certain vision of the restoration process by the state. 2,500 experts were allegedly engaged in the development of the proposals, but it is unknown to what extent their proposals were considered. It is more likely that these documents were created in the offices of specialized ministries because they often include context from similar proposals and plans from the past.

Behind a thorough work of several thousand pages, in fact, there is a very heterogeneous package of documents, some of which resemble the “dream budget of a Ukrainian official.”

The content of the proposals and the amount of funds the National Recovery Council plans to spend raises many questions.

For example, main proposals in the field of agrarian policy are worth looking at.

Multibillion-dollar state subventions of millions of seedlings and livestock are more reminiscent of the Soviet five-year plan than the plan for the reconstruction of modern Ukraine of the XXI century. They do not consider the prospects, nor the cost-effectiveness, nor the expediency of such costs. Unless we are thinking of returning to a planned economy, of course.

Is it possible to control how many millions of seedlings will actually be planted, and how many of them will survive the first winter?  Are we ready to invest (albeit together with international partners) almost a trillion hryvnias in what is likely to be stolen or not purchased at all?

Such proposals look like an official’s dream: a lot of money, whose efficient use cannot be verified. However, it is unlikely that such proposals will interest international donors.

A similar approach can be seen in many other areas. Proposals will provide for UAH 10 bln for the reduction of civil servants’ staff, the purchase of a bank by JSC Ukrposhta, expenditures on educational programs, which are usually included in the general budget, and much more.

It seems that all the secret desires that civil servants failed to include in the annual budget (because it is limited) they are trying to include in the “limitless” budget for the country’s reconstruction. But the problem is that, in fact, the recovery budget is not limitless, either.

Essentially, it is a credit card, the limit on which depends on how effectively we use it. After all, for the most part, reconstruction will be financed by loans and low-interest loans. And no institution has yet made any commitment regarding a fixed amount.

Looking at the proposals of the National Council, it becomes clear why some international foundations and embassies support the idea of cooperation with individual cities (regions), rather than cooperation at the central level. At least the proposals of city authorities are usually more real and practical than investments in something big and abstract, like “Fruit and vegetables in Ukraine.” It is better to invest in a park of real trolleybuses than in something so “big.”

In addition, the great abstract project is like the “Ukrainian Wall” project. You can always say that there was not enough money, that it exists, but not completely… And you can use the funds in such a niche forever.

Not Exactly the Same as in Lugano

Going back to what the Ukrainian government presented in Lugano, the proposals of the National Recovery Council are very different from the initial message.

At first, it was mostly about the consequences of the war and the reconstruction of the country. We had the first estimates of how many houses and objects have already been destroyed and what needs to be rebuilt. But it is not about erecting the same building, but about creating a modern and safe project that will meet the needs of restoring the function of the previous object and at the same time will meet new security challenges and quality standards.

Energy efficiency is undoubtedly important. However, is it rational to invest trillions of hryvnias in the housing, which is usually more than 30 years old, if new energy-efficient housing for hundreds of millions of square meters can be built with the same funds? 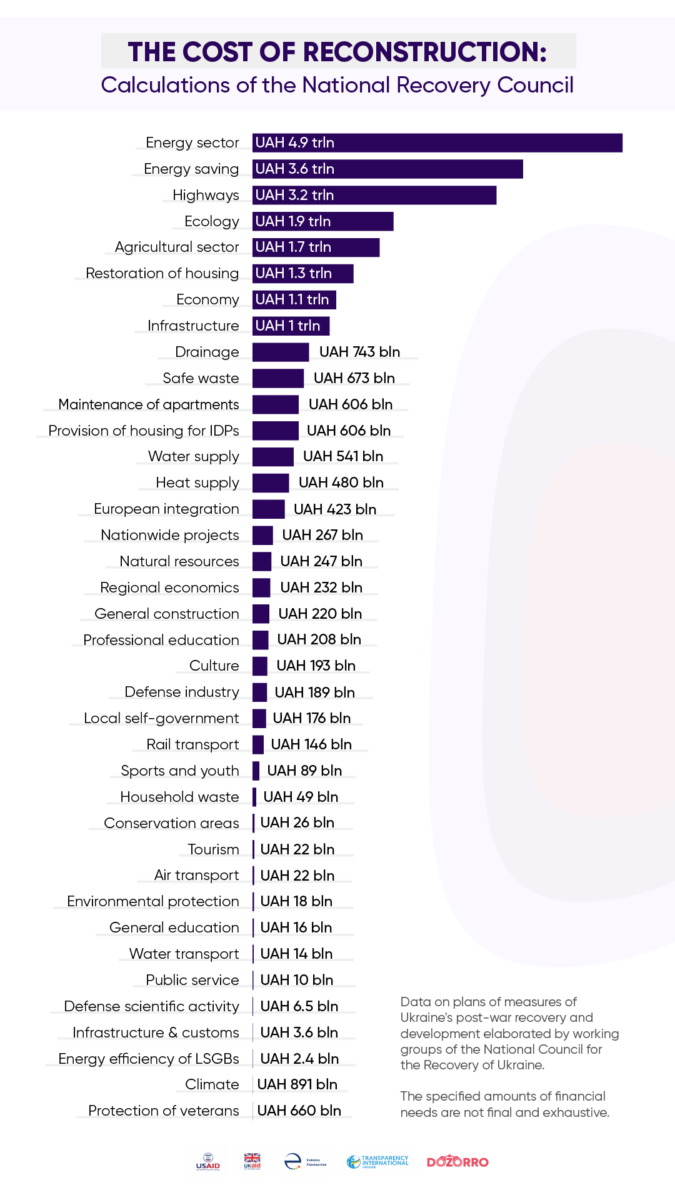 It is planned to allocate UAH 3.1 trln for the restoration of roads and bridges by 2032. These costs include current and average road repairs, which do not have a lasting effect in Ukraine. Is it worth repairing old roads designed in times of other weight standards, traffic intensity, and quality of materials? Or is it reasonable to build new roads according to new standards? Debatable.

Not Exactly What International Partners Expect

Obviously, the international partners in the matter of reconstruction expected Ukraine not to have a list of wishes with abstract titles and unclear budgets. Rather, it is a question of an effective concept of how the reconstruction process should take place.

The main issues that concern both Ukrainian and international society are how to avoid the risks of embezzlement and inefficient use of funds in the conditions of thousands of different projects and billions of dollars.

There is a high risk that international organizations will simply not rush to invest in a project in which it is difficult to predict the effectiveness of the use of funds. Therefore, the standard approach which Ukrainian officials apply to the formation of the state budget will not function here.

We need to look for answers to the questions:

So far, there are no answers to these questions. And in conditions of the announced wishes/needs for reconstruction finance, the risks seem enormous.

It should be clearly understood that international partners have a bitter experience in implementing similar projects for the reconstruction of Afghanistan and the Balkans. In both cases, most of the funds were spent inefficiently despite the formal mechanisms of independent supervisory bodies and international control. Therefore, until Ukraine develops an effective model for the implementation of reconstruction, which minimizes the political, corruption, and bureaucratic risks typical of Ukrainian state institutions, it is too early to talk about the reality of published projects worth more than UAH 25 trln.

Interestingly, the authorities also chose to discuss this plan through a standard bureaucratic process — bringing it to public discussion, which is usually used before approving regulatory acts. There is no voting for projects and proposals in Diia, no interactive information about the content of proposals. Even if citizens would like to understand what this plan involves, they are in for thousands of pages of complex and boring official text, tables, and forms.