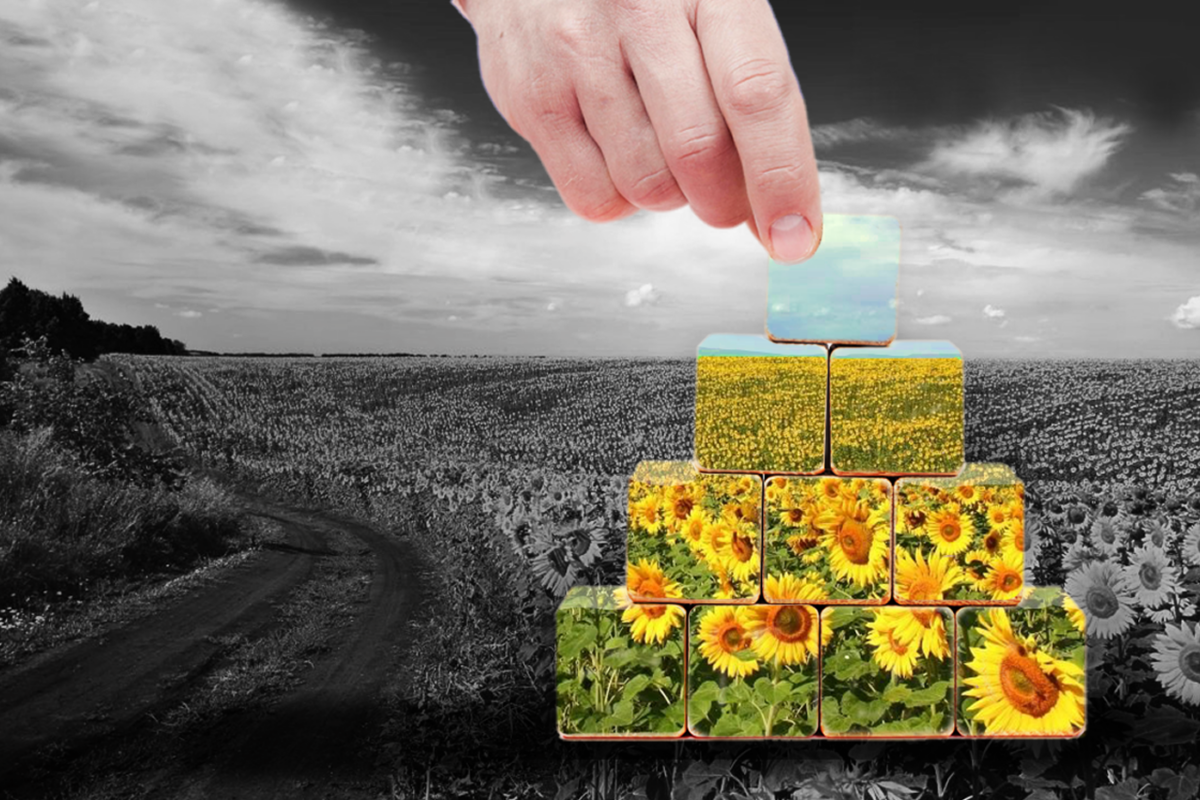 As 2022 is drawing to a close, we have to accept the reality that 2023 will likely see the continuation of russia’s war of aggression against Ukraine. As of September 30, 2022, the total damage caused to Ukraine’s infrastructure amounts to more than $127 billion, with totals certain to far exceed this sum.

Reconstruction, especially when it takes place in an active war zone, is always accompanied by exceptionally high corruption risks. In this regard, Ukraine will be no different from any other country which has seen a massive influx of funds as a result of natural disasters or war.

Ukraine continues to need military support to fight back against Russian aggression, save its people and regain its territorial integrity. If corruption is allowed to go unchecked, Ukraine’s reconstruction would hand a massive victory to those who benefit from this subversive kleptocratic war.

Before the full-scale war, Ukraine managed to create a full-fledged ecosystem of bodies and a legal framework for fighting corruption. The results of the Corruption Perceptions Index show that, over the past ten years, Ukraine has significantly improved its score. Numerous reforms make Ukraine one of the most active countries in the region in terms of tackling corruption.

The candidate status, received from the EU, is a chance to transform Ukraine, and this chance should not be wasted due to corruption or weak governance.

In July, ahead of the Lugano Reconstruction Conference, we highlighted our concerns about the insufficiently robust corruption infrastructure in Ukraine to mitigate these risks. Since then, attacks on infrastructure have intensified, and reconstruction efforts have begun in earnest, despite the ongoing security challenges.

At the occasion of the International Anti-Corruption Conference, we take stock of progress made in the last six months.

The candidate status, received from the EU, is a chance to transform Ukraine, and this chance should not be wasted due to corruption or weak governance. 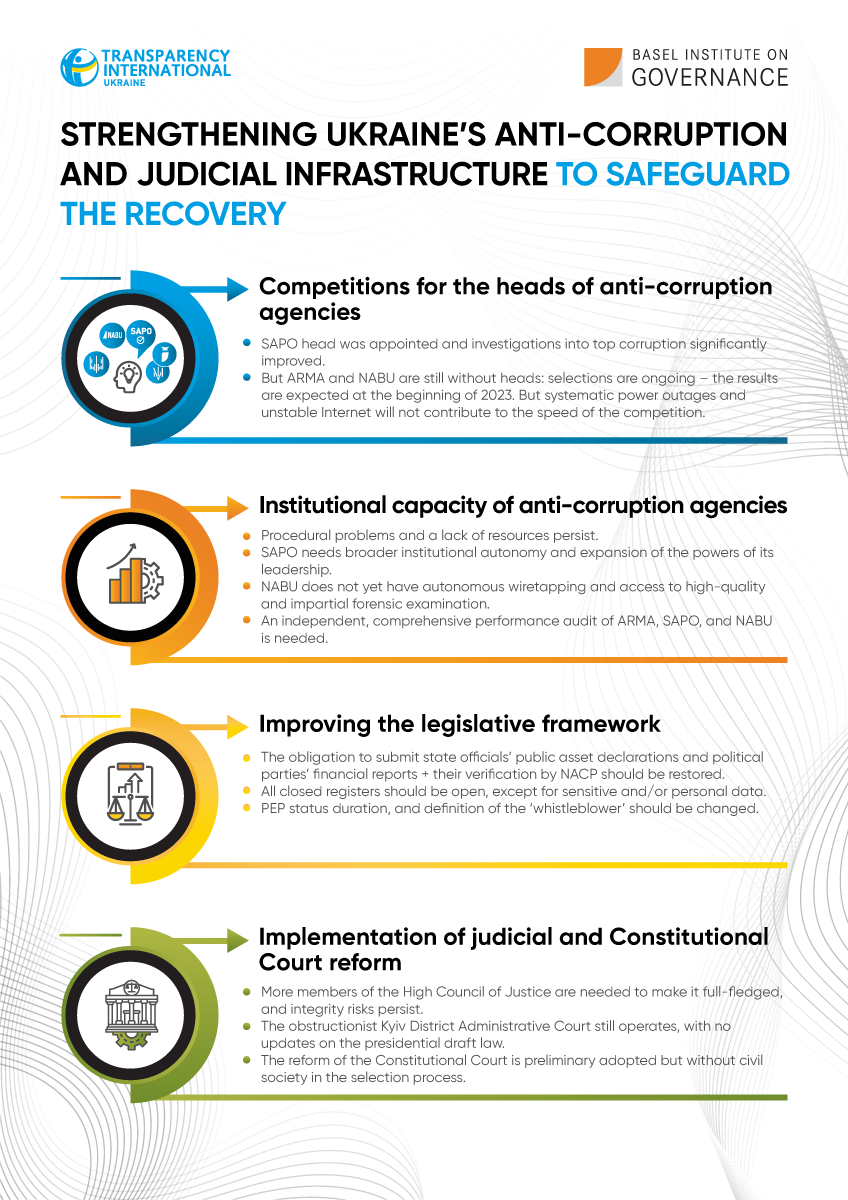 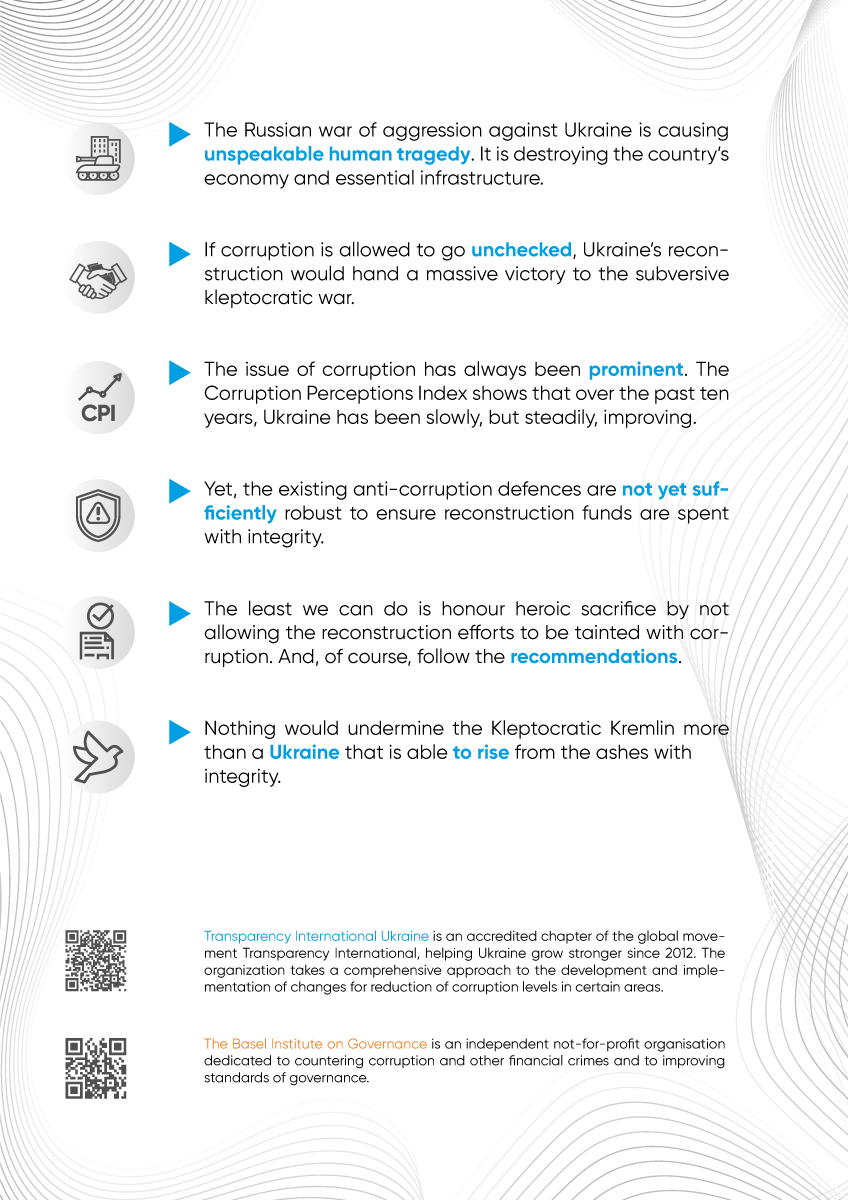 Also, you can read more about our points here.