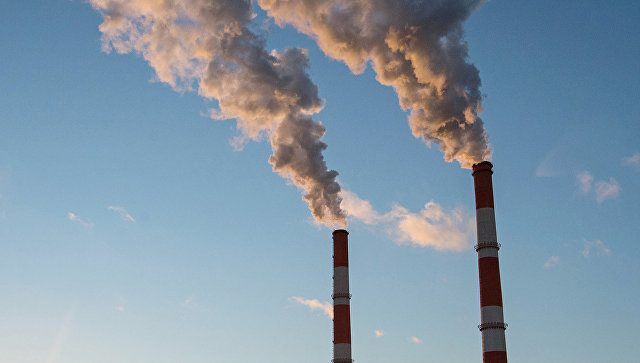 THE STORY OF SEIZED LVIV OBLAST THERMAL POWER STATIONS: ON THE BRINK OF A DEVASTATION

“The situation on the power station and in the city is critical. People are left without heating, due to the power grid system overload several city areas are deprived of electricity. The water supply to one of the areas is under threat”.

Naftogaz brought up this issue with regard to two seized Lviv oblast thermal power stations, as after the Prime Minister Oleksii Honcharuk’s visit, the property of Novoiavorivska and Novorozdilska TPS was simply handed over to Naftogaz not even considering any other contenders. Due to the emergency.

The previous administrator’s negligence has allegedly “caused the serious Novorozdzilska TPS meltdown, and this year there was a lack of finance to properly conduct scheduled maintenance”.

Why two cities are now on the brink of a disaster and was it possible to prevent the problems?

Why were the TPSs seized?

In June 2018 the NABU and the SAPO requested the court to transfer the assets of two Lviv oblast TPSs in Novoiavorivsk and Novyi Rozdil to the Asset Recovery and Management Agency (ARMA).

The assets were allegedly used to steal 1.4 billion Hryvnias worth of gas. According to the registers, former MP Bohdan Dubnevych and acting MP Yaroslav Dubnevych were the listed TPSs’ beneficiaries.

The judge in the Solomianskyi district court in Kyiv agreed and the strategically important assets were handed over to ARMA. It took the agency 4 months to find a temporary manager of the Energo-M.

It should be pointed out, however, that this is a unique case worldwide because such assets are usually not transferred to such institutions.

Were there any issues with TPS management in 2018?

The first year TPS management was challenging, however, they continued working.

The power station management was entrusted to an outsider, as a result, workers refused to go to work, the owners dismantled the equipment, destroyed technical documentation and take back control of the assets through legal action in courts.

As a result, almost 60 000 people living in the cities risked being deprived of the central heating in the winter.

That year neither ARMA nor the temporary manager took any actions to correct the mistakes or looked for an opportunity to correct those made by the previous management.

What a management representation letter is and was it written for TPS?

Management of seized assets has to be effective. The aim here is to preserve and grow the assets’ value. This is the cornerstone of the Act of legislation about ARMA.

The law also stipulates that the National Agency has to confirm the effectiveness of asset management. What for? To correlate the results with the contract provisions and in case of mismanagement have an opportunity to change the manager.

The stipulations are set out in the regulation approved by the Cabinet of Ministers in May 2018 within the scope of the same law about ARMA.

Also, there is a question concerning whether the agency examined the work of the TPS manager and whether they identified any problems? How did they work on the issues?

Whereas there is a clear lack of public information, the logical conclusion is that there is no problem and the agency is satisfied with the manager and he is coping with his obligations well.

However, it is possible that ARMA decided not to voice the issues in the midst of the last heating season in order no not leave the people without any heating.

How did the competition to fill in the post in 2019 play out?

September 2019 saw the contract signed between ARMA and Garant Energo M, which took control over the two TPSs, expire. Therefore the new rather transparent competition to fill in the managing position took off.

The tender committee meeting, which ARMA televised live on Facebook, brought together Novoiavorivsk and Novyi Rozdil mayors, representatives from Lviv city administration, media and the public.

The decision of the tender committee was to allow the previous manager to remain responsible for the energy generation and choose a new one to oversee the energy distribution (LLC Alternatyva-T-XXI).

Besides, Garant Energo-M managing TPSs over the last year agreed to comply with several demands in order to be allowed to remain in a managing position. Moreover, the LLC agreed to provide reports on preparation for the heating season and pay off salary debts to the TPS workers.

Why was the beginning of the heating season in Novoyavorivsk and Novyi Rozdil thwarted?

Over the year Garant Energo-M struggled to manage TPS they compiled to Naftogaz and didn’t pay off the salaries they owed the TPS workers who in return refused to go to work.

November 13, 2019, Prime Minister Oleksii Honcharuk was in Novyi Rozdil and Novoiavorivsk with a working visit. He declared that the Cabinet of Ministers is transferring TPS management to Naftogaz company. Meanwhile, the experts will check the equipment and fix the technical issues.

According to PM, the salary debt became the reason to change the manager to Naftogaz-Teplo LLC without considering anyone else for the position.

Was it possible to avoid the issue? How? What can be done now?

The uniqueness of the asset. Drawbacks in the statutory framework. Inaction on the part of some ARMA officials and the Cabinet. Absence of interest in the asset from the energy market conglomerates. Add to all this a complicated situation in the region and the authority of some politicians and interested parties.

We can widely speculate about the possible reasons for the disruption of the heating season in the two districts in Lviv oblast.

TI Ukraine thinks, however, that most of the risks could have been avoided with the timely changes to the legal framework.

For more than a year the proposed amendments were pushed from one table to the next in the Cabinet and were not implemented by the previous government.

Our team has worked on a number of suggestions that can ease the management of the technically difficult assets. Namely, we highlight the need to plan in advance before seizure and transferring the assets’ to a different managerial body.

A separate important issue: setting up the safeguards to ensure efficient work of the temporary management. For example, creating a legal basis for the protection of the business from any possible obstructionism planned by the assets’ owners.

Transparency International Ukraine hopes the suggested initiatives will be put forward before the Parliament and people will not become hostages of the circumstance and unregulated state issues in the future.