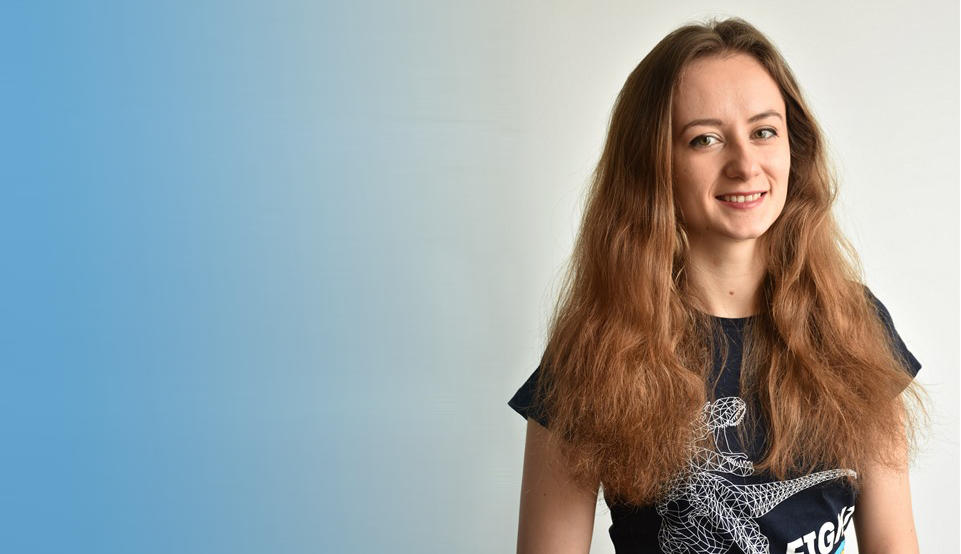 WHAT IS THE VOICE OF UKRAINIAN CIVIL SOCIETY?

What is democracy for you?

From the theoretical point of view, it is a rule of the people. In fact, democracy is a kind of social contract. You know for sure a quote from Winston Churchill that democracy is the worst form of government, but you can’t think of a better one. In other words, we have agreed that we live by certain principles and rules. It means that we respect, trust each other, accept the majority view, everyone has the right to be heard, and to be different as long as my freedom does not violate the freedom of others.

Before, democracy was perceived merely in terms of the declaration of will in elections, but in today’s modern technological world, the time and space are generally compressed. We live in a society of technologies, opportunities, open governance, various tools for influencing the government and the structure of the government.

Democracy acquires new meanings. For example, the White House deputy chief technology officer Beth Noveck states that delegating governance to citizens through electronic influence and participation, filing petitions, or electronic voting creates new forms of interaction between officials and the general public. Social networks result in opportunities to be heard for more and more people. These are new forms of democracy itself.

What values and principles shape a democratic society?

Awareness is of key importance. President Kennedy believed that the ignorance of one voter in a democracy impairs the security of all. The creation of opinion without any reasoning, without the possibility to be justified, has damaging effects. Awareness is the driving force for quality improvements.

In addition, respect for the rights of others, acceptance of the right to be different is also important.

And the ability to take responsibility for your choice is crucial.

Who and what shape a democratic society in your opinion?

Everyone, in a perfect world. Every responsible citizen. The main task of society lies in understanding the principles of its functioning and realizing its role. “I’m an influential player in this game, I make a difference.”

We often say that the idiom “It’s no skin off my nose” is a long-standing principle of the existence of Ukrainians. Perhaps, one of the biggest obstacles is that people don’t feel they are agents of change. Each of us is not just a carrier or object over which changes are made, but an influencer.

An example from our daily life. A child goes to a school where there are “charitable contributions.” We should admit that they are a part of Ukrainian reality, which sometimes are justified because other funding opportunities are unavailable. However, there are many cases when budget funds are allocated, goods are purchased, but they are either distributed incorrectly, not used at all, or stored in warehouses. Actually, to be an agent, a real example of change, is to be able to go (for example, to the web portal DOZORRO), view, check, find out information and use it to influence.

How do you assess citizens’ awareness of their rights and freedoms?

I would subdivide this category into several ones. On the one hand, there are more and more young people who were born in an independent country and have different values. This generation is more aware of their rights. Another question is whether they are really aware of their responsibilities that go together with those rights…

On the other hand, the capacity of electronic governance and publicly available information actually increases awareness. At the same time, awareness of the anti-corruption institutions` performance is not as high as we would like, and it is increasing relatively slowly. Less than half of the citizens are informed about anti-corruption institutions` functions. And this is also one of the growing areas of our society. Ukrainians should be more aware not only of their rights, but also how they can influence the work of state authorities, control their performance as taxpayers, and so on. All big things have small beginnings, for example, what state authorities we have, what their functions are, what can be controlled, in what way, and how their effectiveness is measured.

In your opinion, what are the changes in civil society over the past year?

From the chronological point of view, some active citizens, leaders of organizations became politicians after the presidential and parliamentary elections.

On the one hand, it has resulted in new opportunities as organizations have a possibility of direct communication, they can share their best practices and experience. It includes submitting their own draft laws or participation in the development of new ones.

On the other hand, it has created a certain personnel shortage because 60-80 new Members of the Parliament seem to be from civil society. And it is not a lot, but these active citizens are influencers and driving forces of changes.

In general, it seems to me that civil society has taken full advantage of it.

And next, if we mention the quarantine period, this is a challenge that the whole country has faced, and civil society is not an exception. According to a survey by our network of partners, 14% of the citizens have said that they were forced to actually stop their activities due to the quarantine. Half of them were barely affected by the pandemic and were able to reorganize their activities. About a quarter of organizations were forced to reorient significantly due to the fact that their target audience was inaccessible to them, or they faced new challenges. At the same time, for some of them, it involved new opportunities, new grants, new ideas, new projects.

Civil society in Ukraine is quite influential, dynamic, adaptable and sometimes it reflects the public mood (despondency, fervor, liveliness, readiness to changes, consolidation through external threats or on the contrary, disagreement, ideological resistance, or struggle) in comparison to other countries.

What are the most notable events in the life of civil society this year?

It depends on what the organization deals with. If you mean Transparency International Ukraine, we often deal with change advocacy at the national level. Therefore, the adoption of certain anti-corruption laws has become a significant event for us. Firstly, a set of anti-corruption projects was adopted, which society has approved. Now we are more often faced with attempts to ‘roll back’ reforms, for example, in procurement. We do our best to maintain the Prozorro system and equal rules of the game.

What did you and your team learn during the last year?

We have realized how important values and the overall meaning of the word “team” are. If a team is real then it shares the same values and aspirations, not the same spaces.

For instance, we pay particular attention to recruiting. After the interview with candidates, one of the first questions is how they fit for the team, whether they share our values or whether they are like us. We work on the advancement of the public good, perform some part of the “activist” work instead of our fellow citizens, and our first agent, a brand advocate, is our colleague.

The quarantine also has demonstrated that we are ready for changes, are able to adapt all the time, and be flexible in planning. We were technically equipped since we had an electronic task management system, document storage platforms, and tools for conducting online surveys.

We handled the first shock, managed to keep the team together, not to fire staff. On the contrary, we took on new ideas and recruited new employees in an active way.

It is too early to say that the challenges have been overcome. We live in a new reality, transform, and get used to it.

What are the challenges Ukrainians must overcome to establish a democratic society?

Despondency is a serious challenge for us. We have frequent cycles of off-scale optimism that then plummets. It is typical for most societies, but Ukrainians become part of the cycle very often and quickly fall into negativity and despair.

The need to preserve and restore the territorial integrity of the state is another important challenge.

The next is the necessity to develop critical thinking among the majority of Ukrainians.

One of the studies that have examined the perception of the COVID-19 causes says that one in three Ukrainians believes that the coronavirus is specially designed and intentionally spread in the world. More than 60% of the respondents have chosen one of the options that indicate the artificial origin of the virus. This is quite a red flag. And good-quality education is one of the key tools for responding to it.

Furthermore, it is important for Ukrainians to realize the role of public organizations in protecting their rights. Some media tries to present public organizations as `grant-eaters` or people who do nothing useful. The more the public is aware of the possibility of influence through public activists, the more effective the society will progress. According to the current study, 40% of Ukrainians declare their willingness to pay taxes for the needs of public organizations, and this is a high positive indicator. As a sociologist, I understand that it is theoretically, but even the existence of such a statement is significant progress for Ukrainian society.

What are the criteria or indicators of a democratic society?

The ability to perceive otherness. In 2011, Kyiv International Institute of Sociology, KIIS, conducted research on how Ukrainians perceived various sexes, races, faiths, and so on. And according to the results, only 70% of citizens would vote for an unquestionably qualified female candidate for President of Ukraine, no more than 36% of them would vote for a Jewish candidate under the same conditions, and only 18% would support an Afro-Ukrainian politician. We have a very low level of otherness acceptance and a high level of intolerance, especially for what is historically not close to us.

Besides otherness acceptance, important indicators are resistance to populist slogans, the ability to critically evaluate them, check information, and the inability to spread fake information. As a result, the correlation between people’s choices and the changes they hope for will be obvious in society.

How are you going to celebrate the International Day of Democracy?

On September 15, we will be actively working, as we do every day. Every day our team takes small steps towards great victories.

I wish to express my appreciation to our strategic partners and the team that we are moving towards common goals. Although this way is very difficult and our goal is far-reaching, we understand that success will not definitely come tomorrow. All of us want quick results, little and great victories on this way, but we know that they may not always be like this. It is a difficult motivational work of everyone with themselves, with their teams.

Thank you to everyone who is moving in this direction, with whom we are in the same boat, and I wish you would not lose enthusiasm under different circumstances, whatever they may be. We are strong and will deal with everything!