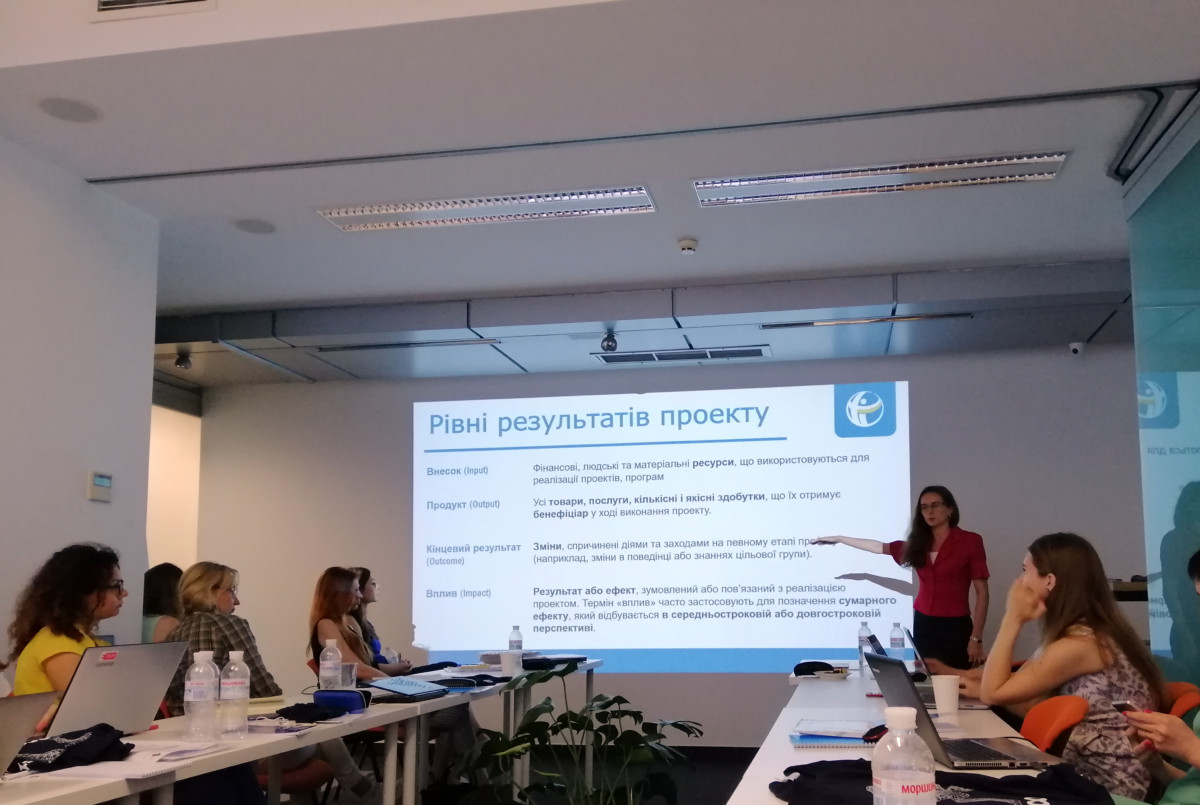 On 24 June, Transparency International Ukraine held a one-day workshop for regional civil society organizations that it works with to combat corruption.

Head of M&E Anastasiia Mazurok pointed out how important it was to plan strategically and shared her knowledge with the activists.

“It is a painful issue for everyone how to organize processes without sinking deeper into bureaucracy. All these procedures and policies often seem to make things more difficult for the team. But it is important to understand that such documents are meant to accumulate your knowledge and expertise. They will help you store the organization’s institutional memory.”

It is important to understand that such documents are meant to accumulate your knowledge and expertise. They will help you store the organization’s institutional memory.

Writing a good grant proposal and receiving funding is only part of the process. Implementing the project and building a productive relationship with the donor is no less important.

“How do you communicate with donors to make it useful for everyone? Write follow-up emails after meetings, treat them as friends and partners and engage them in activity planning. And of course, invite them to your events,” said Head of International Relations Anastasiya Kozlovtseva.

“Why is Facebook communication so important? No other social network provides quite as close contact with the audience as Facebook currently does. You can instantly tag a city mayor or a suspected official and find out what this person thinks directly.”

In 2018, TI Ukraine approved its new Strategy, where one of the key priorities is engagement of a maximum number of supporters and uniting them into an active network, providing them with steady support.

To do that, the organization decided to build a network of strong partners, so it can realize its mission effectively. One of the ways to do that is a cycle of workshops that empower regional initiatives.

This event was conducted by Transparency International Ukraine as part of its project implemented under the USAID/ENGAGE activity, which is funded by the United States Agency for International Development (USAID) and implemented by Pact. The contents of this event are the sole responsibility of Pact and its implementing partners and do not necessary reflect the views of USAID or the United States Government.

Write follow-up emails after meetings and treat your donors as friends and partners.