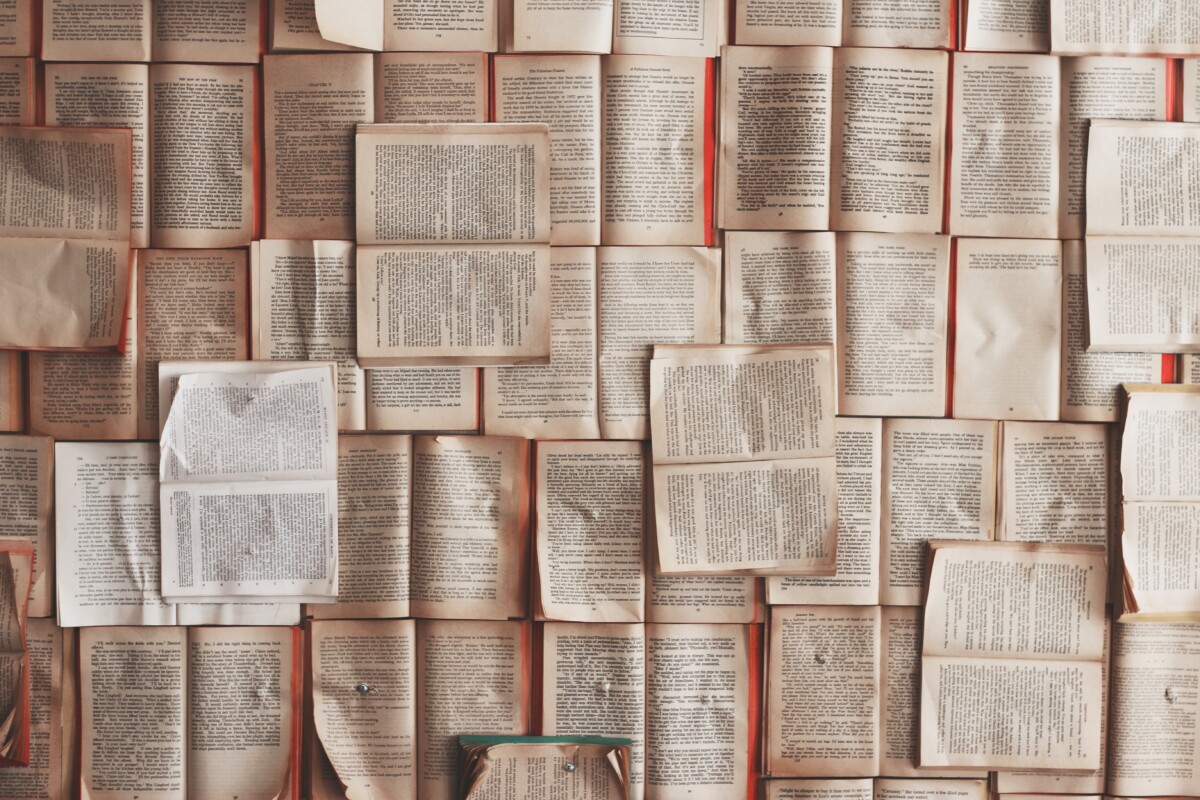 On April 30, 2020, a group of MPs filed draft law No. 3355-1 on amendments to certain legislative acts of Ukraine for defining the subjects to whom anti-corruption legislation applies. On May 6, 2020, the Parliament Committee on Anti-Corruption Policy recommended supporting it provisionally and as a whole.

The list of individuals covered by the anti-corruption legislation has been amended multiple times. The last time, it was members of the Council under the National Bank of Ukraine who were added to the list by MPs on March 4, 2020.

Under the Law of October 2, 2019, underage children of the declaration subject are considered family members, as do spouses, which means they have to be indicated in the declaration.

The bill provides for the cancellation of changes adopted by this same Parliament in the fall of 2019. The document proposes to go back to the idea that children, including minors, are considered family members of the declaration subject only in terms of financial control requirements, that is, only if they live together and have mutual rights and obligations.

The explanatory note states that “a high percentage of situations where the married couple does not live together is associated with the dissolution of the marriage between the spouses, and therefore, it is practically impossible to obtain timely and reliable information.” In practice, narrowing the definition of family members this way can enable one of the tried ways of avoidance of the declaration. For instance, it is possible to register property rights in the child’s name if a number of conditions set forth in the Family Code and the Civil Code are met. In any case, it is necessary to continue monitoring the possible indication of false information by the declaration subjects when checking their declarations.

This may create a risk when potentially dishonest officials of legal entities governed by public law with corruption risks which are now subject to declaration will be able to avoid declarations by changes to their official job descriptions or enterprise charters, which would eliminate them from the list of individuals obliged to file electronic declarations.

However, this version of the Law will not eliminate the problem of the court or the legal entity itself does not recognize that it is a “legal entity governed by the public law,” which then leads to its staff not filing electronic declarations. It is also unclear from the point of view of law application what criteria will be applied to the “temporary” holding of such positions and when the “temporary” head/deputy will acquire the obligation to file electronic declarations.

The question of presidential advisors and assistants who do paid or voluntary work is much broader than eliminating them from the list of individuals to whom the Law applies. Especially in the absence of legislation on lobbying. Therefore, it also requires comprehensive legislative regulation, considering the wide range of their powers and the risks of abuse associated with them.

However, the draft Law also expands the range of subjects under the Law “On Corruption Prevention.” For instance, MPs do not explain the selective treatment, but they propose to include assistants of Constitutional Court of Ukraine judges on the list, even though their positions belong to the executive support service. They also add heads, deputy heads and people who are on the supervisory board of a joint stock company with over 50% of shares belonging to the state directly or indirectly.

It is worth noting that such provisions of the Law are changing for the third time in the past six months, which does not contribute to confidence in the stability of anti-corruption legislation on the part of its subjects. Even when MPs refer to the threat of a pandemic: “It will certainly contribute to more effective performance of their duties, including measures to counteract the coronavirus disease COVID-19.”

The lawmakers have to keep in mind that new laws cannot apply to the past, which means that they cannot oblige the new subjects of declaration to collect information about their financial activity from January 1, 2020, if the law is passed in May 2020, or later.

The draft law also proposes to exclude information on the remuneration of the management and members of supervisory councils of legal entities with over 50% owned by the government or the local community from the list of information with restricted access. 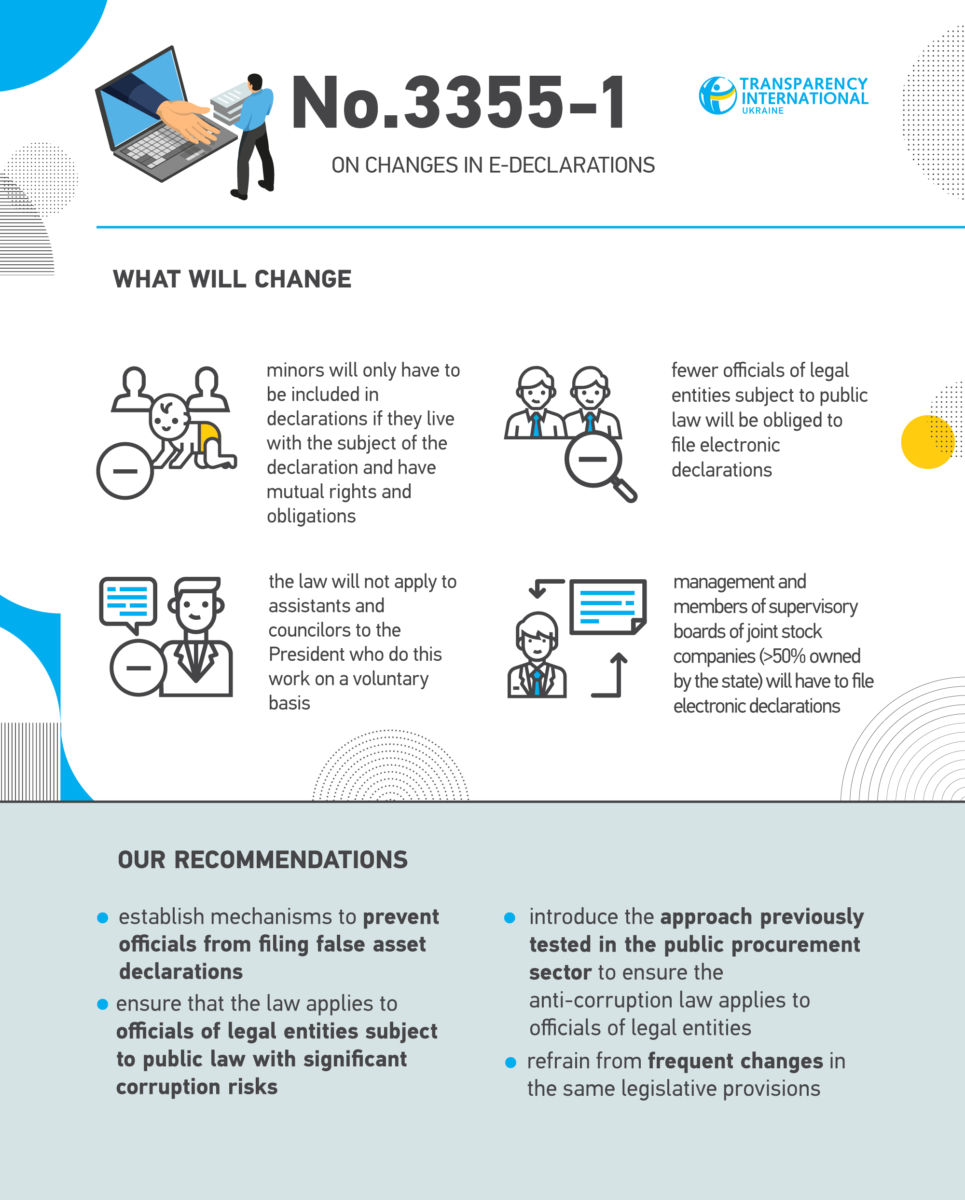 The analysis has been prepared by TI Ukraine’s legal advisor Oleksandr Kalitenko.