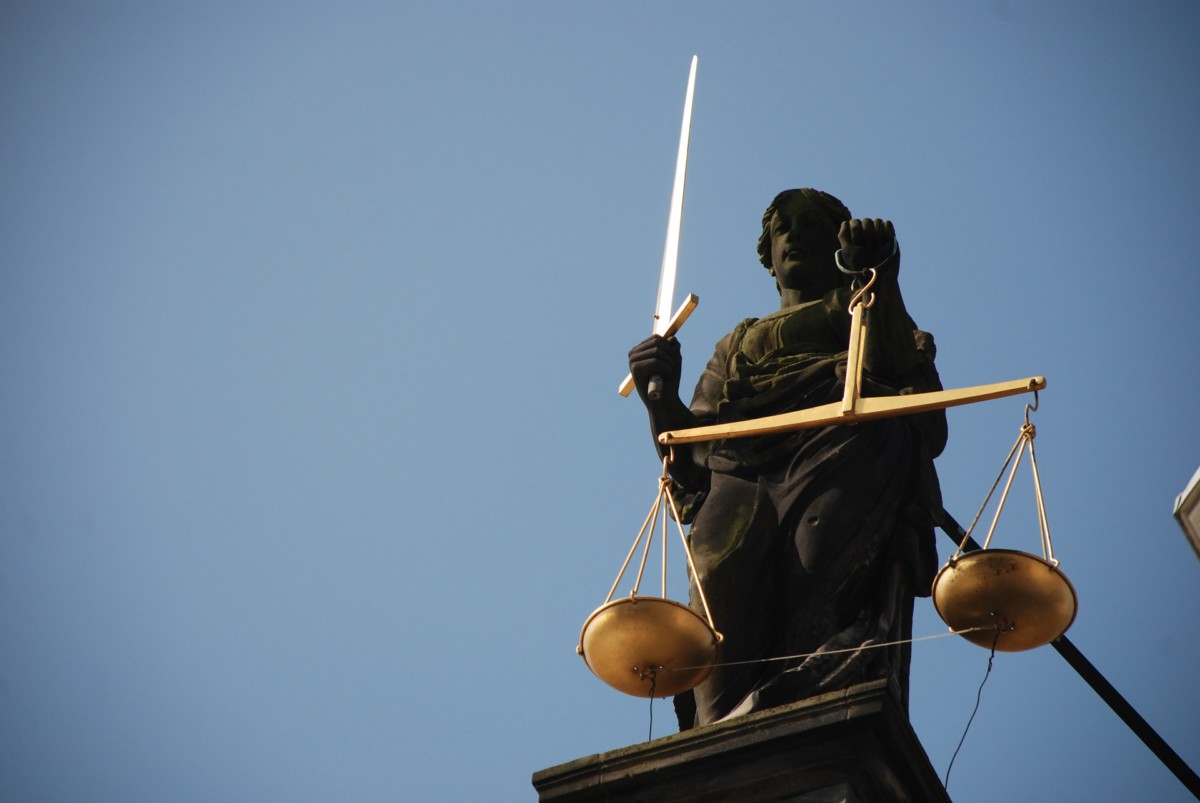 Battlefield: How High Anti-Corruption Court Was Established in Ukraine

It has been 100 days since the High Anti-Corruption Court came into operation. Even though its story is just starting, this court is already special. The HACC completed the cycle of the anti-corruption system in Ukraine. The judges have been through a tough selection process, including the filter of international experts, and their integrity was verified especially rigorously.

The history of the court started long before it came into operation on September 5, 2019. Transparency International Ukraine decided to think back to the battle for the independent Anti-Corruption Court in Ukraine. Together with Hromadske, we have put together the history of this institution from recollections of people who have been involved in this unique experience.

The discussions about a reform of the judiciary started long ago. When National Anti-Corruption Bureau detectives and Specialized Anti-Corruption Prosecutor’s Office prosecutors prepared their first indictments, the judges turned out to be not ready to try such high-profile cases.

“Back in 2016, we realized that the old courts would not be able to try such cases objectively. It was one thing to try cases about theft or murder, and a whole other story to try cases implicating high-ranking officials, who have influence and connections and can resolve any kind of issues,” says prosecutor and deputy head of the SAPO Maksym Hryshchuk.

When high-profile investigations were just starting, detectives and prosecutors themselves couldn’t estimate how much power officials involved in corrupt schemes had.

Detective Volodymyr is from the first wave of recruitment. Together with the others, he investigated the so-called “gas case.” He is recalling one of the most remarkable searches:

“About half a year after the start of the investigation, we found, among other things, letters and requests that we had sent to public agencies, which weren’t supposed to be on the search site in the first place. It was not about one or two documents, it was a whole lot of them. This clearly shows the influence of people we are investigating. The further we progressed, the greater was the resistance and the attempts to stall the investigation.”

The judges had not expected these challenges, either. Every corruption-related hearing concerning high-ranking officials was attended by a whole support group: MPs, ministers, 5-7 defense attorneys. In almost every case, there was a smear campaign against judges, detectives and prosecutors.

“In half a year of monitoring of NABU case review, we attended 450 court hearings. Almost one in two would be removed from the agenda. It was because the judges were busy reviewing other cases, on vacation or on medical leave. A lot of proceedings would hang in the air because of that,” says Vadym Valko, analyst of the Secretariat of the Public Oversight Council under the NABU.

It became obvious that the court system in its contemporary condition was not fit to handle corruption cases concerning high-ranking officials. Besides, as of 2017, the courts were fully trusted by just 0.5% of people, and partially trusted by 6.5%. This is how the idea to create an Anti-Corruption Court with transparent recruitment, security guarantees and exclusive jurisdiction over NABU-SAPO cases emerged. But it was hard to envision how it would become reality.

In 2017, MPs registered several draft laws on the Anti-Corruption Court in the Parliament. One of them proposed to create anti-corruption chambers in existing courts, as opposed to a separate institution.

However, both the citizens and the international community were observing the work of the NABU and the SAPO which was not producing the desirable result: fair verdicts in grand corruption cases. As Yehor Soboliev, then-MP and the author of an alternative draft law, said, “if people don’t see justice for high-ranking corrupt officials in the near future, they will explode.”

The demand to create an independent Anti-Corruption Court appeared in the statements of international partners and became one of the demands of the International Monetary Fund for extension of technical assistance.

President Poroshenko, though, kept trying to convince people that it made no sense to create such a court in Ukraine because anti-corruption courts existed only in countries like Uganda.

“Ukraine shouldn’t allow connections and nepotism to play a role in its justice. President Poroshenko understands that the situation is urgent, but his suggestion on chambers in existing courts won’t work,” said José Ugaz, then-chair of Transparency International, during his visit to Ukraine.

Executive Director of TI Ukraine Andrii Borovyk recalls how everyone started speaking about the Anti-Corruption Court thanks to the active stance of the society.

“The authorities resisted the idea of an independent court which would handle only cases of high-ranking officials. This fear was understandable: with such a new institution, it would become way more difficult to silence a case. Thanks to the stance of some other organizations, we were able to generate enough pressure on the President, both directly and through international partners.

Yaroslav Yurchyshyn, former director of TI Ukraine who is now an MP, was one of the first advocates of the Anti-Corruption Court.

He says that international organizations started bringing it up a lot more after President Poroshenko’s speech at YES conference in the autumn of 2017, where he said that all courts had to be anti-corruption courts and received criticism from international partners in response.

“Countries where the rule of law is replaced by the rule of the powerful are usually weak and highly unstable. It is also key for the business climate. This is why it is so important for Ukraine to complete its judicial and anti-corruption reforms, notably to establish clear rules and strong institutions that could enforce these rules and ensure that nobody is above the law,” says Manfredas Limantas, Sector Manager for Rule of Law and Anti-Corruption with the EU Delegation to Ukraine.

The Venice Commission had its say, too. On October 9, 2017 it published an opinion on the existing draft laws on the Anti-Corruption Court, criticizing them, and suggested that the President should submit his own vision to the Parliament. Among other things, they highlighted the crucial role of international partners in the recruitment of judges. These conclusions led to a half-year discussion about the composition of the Public Council of International Experts and the veto right in recruitment.

On June 7, 2018, after long battles in the committee and in the session hall, the Verkhovna Rada finally passed the Law of Ukraine “On the High Anti-Corruption Court.” Poroshenko signed it as late as August 2. The High Qualification Commission of Judges (HQCJ) immediately announced the beginning of the competitive recruitment process.

After the law was passed, a campaign started throughout Ukraine to encourage the best professionals to apply for a job in the High Anti-Corruption Court.

“We were convinced that honest professionals who meet the criteria should apply for the positions of HACC judges. The Ukrainian Bar Association and Transparency International Ukraine organized a cycle of expert discussions, where we reviewed recruitment procedures and civil monitoring of the process. These discussions were held in Kyiv, Lviv, Kharkiv and Odesa,” remembers Olha Lopushanska, coordinator of the legislative work of the Ukrainian Bar Association.

342 candidates applied to the HACC. Out of them, 45% were judges, 34% – defense attorneys, 14% – scholars. The others had a combination of these positions in their work experience. 270 candidates were ruled eligible for initial testing.

The entire country was watching the recruitment to the HACC. Apart from the High Qualification Commission of Judges, they were assessed by the Public Council of International Experts. The PCIE consists of 6 members with impeccable business standing and significant professional experience. 4 of them have been judges, and 2 – prosecutors.

“I don’t know of any other country in the world which would be as transparent in this aspect as Ukraine. Just think about it – we asked incumbent judges about their property, declarations, taxes. And all of this was streamed live on YouTube,” said sir Anthony Hooper, the head of the PCIE.

Before the interviews, TI Ukraine, Anti-Corruption Action Center, DEJURE Foundation and Automaidan had analyzed the property, business and political ties of the candidates.

“We found 55 questionable candidates out of the 113 who had passed the test and offered the candidates to publish documents which would explain the issues we had found. We received 7 such responses, published them on our website with a legal comment and sent them to the PCIE as well. Eventually international experts blocked 49 candidates,” explained legal advisor of TI Ukraine Oleksandr Kalitenko.

In April 2019, President Poroshenko appointed 38 judges of the newly created High Anti-Corruption Court. Speaker judge of the HACC Vira Mykhailenko admits: confidence in the success of the whole thing came after they all took an oath to the people of Ukraine.

Members of the new Parliament had to fix the problematic provision of the law, which could lead to the Anti-Corruption Court receiving over 3500 corruption cases from regular courts.

This tidal wave of cases could paralyze the court, and convictions of those guilty of grand corruptions could take ages. In September 2019, MPs did make amendments to the legislation. It was one of the recommendations of the Venice Commission.

The High Anti-Corruption Court has been in operation for 100 days and has only announced a few indictments so far. Conversely, detectives and prosecutors are saying that they can already see the change.

Executive director of TI Ukraine Andrii Borovyk understands why people want convictions, but he believes that it’s not the only role of the HACC:

“A thirst for convictions is completely justified. The previous administration gave people too much hope with its big promises. But the goal of a truly fair court is to make fair decisions on conviction or acquittal.”

NABU detective Vitalii, who investigated potential schemes in the energy sector, believes that after the HACC came into operation, the whole thing became more constructive. “HACC judges try to get to the bottom of the corrupt scheme. They try to see what the public interest is in each specific case. Even if their decisions are not in favor of the investigations, their reasons are clear.”

“The public experts big major trials, journalists – big events they can make interesting for the same public, and professional participants often try to use both of them to make their side win. The court, though, just tries to fulfill the tasks it has and administers justice. It takes time and effort to make people trust you,” says speaker judge of the HACC Vira Mykhailenko.

Yaroslav Yurchyshyn adds: “Until the moment when convictions and acquittals become systematic, it is too early to speak about efficiency. But Ukraine’s experience is truly unique. Our anti-corruption structure was built in a much more reasonable system of checks and balances than Asian structures (such as Indonesian) or other Eastern European ones (for instance, in Romania).”

It will probably take at least a year to see the results of work of the NABU, the SAPO and the Anti-Corruption Court. The society should be patient to see the result: convictions and acquittals will be there.