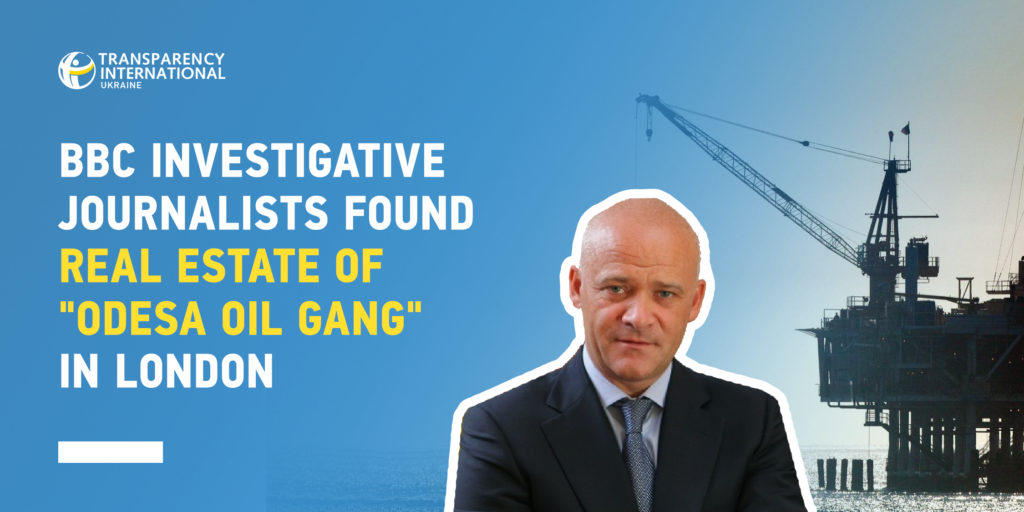 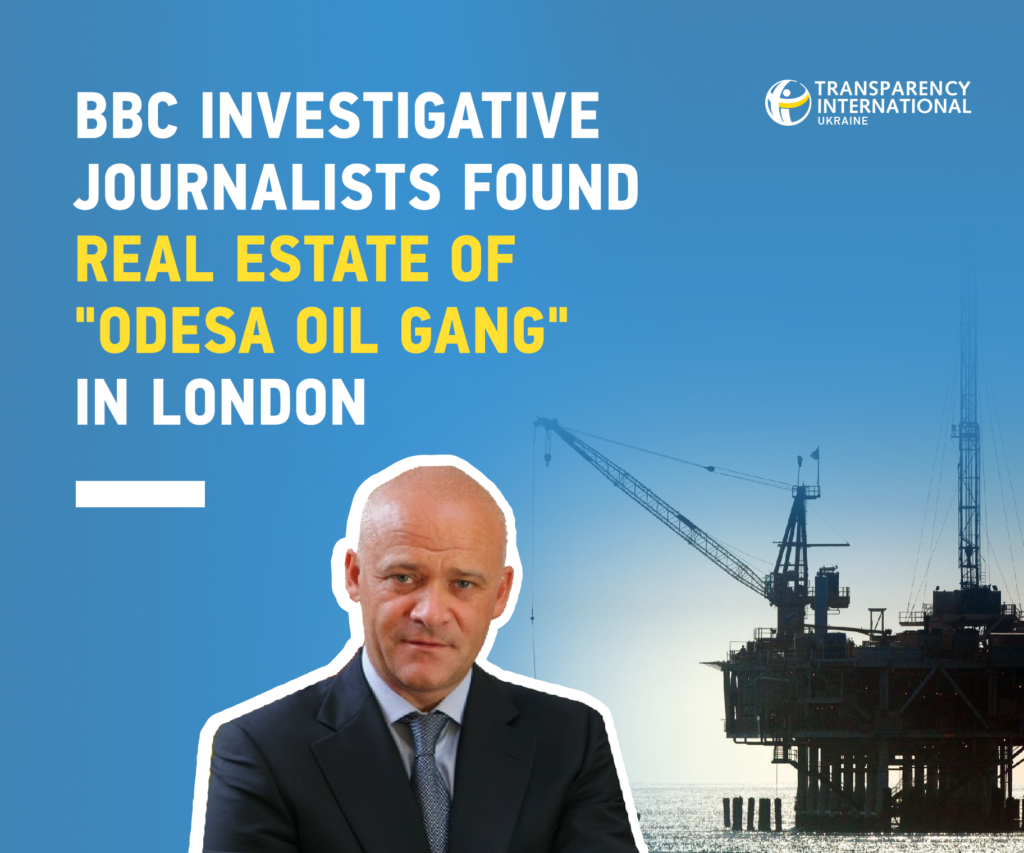 Journalists of the investigative program BBC Panorama found luxury property in London purchased through the offshore Rubicon Group (registered on the British Virgin Islands). The corporation is connected with the so-called Odesa oil mafia, which has been investigated by Italian law enforcement. The “Paradise Papers” archives which are at the disposal of the British journalists, indicate that a number of Rubicon Group companies were controlled by Mayor of Odesa Hennadii Trukhanov.

Transparency International calls on the National Crime Agency of the UK to investigate the origin of funds that were used to purchase the London assets of this offshort corporation. They should require the cooperation of the British Virgin Islands authorities to help establish the true owners of companies used to purchase these assets and if necessary, apply for one of the new Unexplained Wealth Orders.

Duncan Hames, Director of Policy at Transparency International UK, said: “This investigation further illustrates the extent to which the UK’s Overseas Territories and Crown Dependencies, are at the heart of a secretive financial system that offers a way for individuals to obscure their identities and sources of wealth. The BVI and other UK Overseas Territories are obliged to cooperate fully with any investigation the National Crime Agency decides to pursue.”

The BBC publication also sheds light on professional mediators in the UK who help offshore companies in the UK. In Rubicon Group, the role was played by a British accountant. Duncan Hames from TI UK said the following: “Time and time again we have seen UK based professionals helping to facilitate the laundering of suspicious funds. In this instance we have an individual creating and selling shell companies on behalf of a group with an extremely shady past. This demonstrates the weaknesses that exist within the UK’s anti-money laundering defenses which allow illicit funds to flow through our financial system.”

1. The UK Government should immediately bring forward legislation for a register that reveals the real owners of overseas companies used to buy UK property

2. The UK Government should call on the British Overseas Territories and Crown Dependencies to urgently bring their transparency over company ownership in line with UK standards

3. The UK Government should stop agents that are not registered with a UK anti-money laundering supervisor from carrying out regulated activity in the UK

As a reminder, Hennadii Trukhanov is also involved in one of the proceedings by the National Anti-Corruption Bureau of Ukraine. The mayor of Odesa himself, however, denies ever committing any wrongdoing.

Prior investigations by TI UK identified 4.4 bn pounds worth of property located on the territory of the United Kingdom that was purchased for funds of questionable origin. Part of these projects, worth 762 mln pounds, belongs to individuals from Ukraine. In England and Wales, there are over 86,000 property objects that belong to companies registered in “tax havens,” with almost 40,000 located in London.

The investigation will air on BBC One on April 23 at 8:30PM GMT.