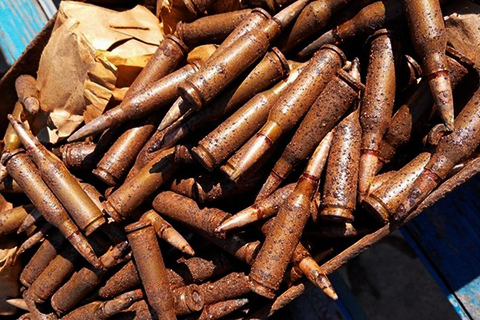 Which steps can help Ukraine in its struggle against corruption in the domain of defence and security?

The Independent Defence Anti-Corruption Committee (NAKO) has started its work in Ukraine. This project is carried out with the support of Transparency International in the United Kingdom and Ukraine. Among others, the committee members include Oleh Rybachuk (the co-founder of the civil movement “Chesno”), former Deputy Prime Minister for European Integration), Drago Kos (former Chairman of the Commission for the Prevention of Corruption in Slovenia), present Head of the OECD Working Group on Bribery), James Wasserstrom (former strategy advisor and lead anti-corruption at the Special Inspector General for Afghanistan Reconstruction, before that Head of the U.N. Office for the Coordination of Oversight of Publicly Owned Enterprises in Kosovo) and Timothy Evans (retired Lieutenant General of the British Army, former Commander of the NATO Allied Rapid Reaction Corps). The committee is independent from the state. Financial support is provided by the Ministry of Foreign Affairs of the Netherlands.

The primary tasks of the newly established committee encompass the assessment of corruption hazards in the domain of defence and security of Ukraine, the production of recommendations concerning anti-corruption measures and control thereof  governmental bodies and enterprises. According to the members of the committee, transparency and accountability of defence bodies will not only enhance their efficacy, but also facilitate the reform of the whole security sector. The committee is currently starting to cooperate with governmental agencies such as NABU, NSDC, the Ministry of Defence of Ukraine as well as continuing its cooperation with civil society and volunteer organisations.

According to the co-Head of NAKO, Drago Kos, it is now a favourable time in Ukraine to combat corruption since society is getting more and more aware of this problem and that there is political will of the government. Moreover, in Mr. Kos’s opinion, the quality of the newly-introduced anti-corruption legislation is another positive change. At the moment, he considers the analysis of crucial activities in the defence sector, the issuing of recommendations and the control over their enforcement to be NAKO’s central tasks.

Mr. Kos emphasized that Ukraine does not have much time for prolonged research and analysis because of the military actions. Therefore, the committee will rely on best experiences and practices of other countries. “It does not make sense to reinvent the wheel. It has already been invented,” he commented on the situation. There is an urgent need for rapid changes in the most important areas of the defence sector. NAKO members reckon that here we have understanding with the Minister of Defence, S. Poltorak, who expresses the desire to change the present situation of guaranteed impunity. The initiative is shown by Ukroboronprom too. NAKO has been sent a request to make recommendations regarding further reformation of this holding. The goal is to increase transparency, particularly concerning government procurement and quality controls as well as bringing in line management procedures with international standards. At present, the reformation of defence enterprises is regulated by special decrees. Some financial operations in the realm of security are also done according to special procedures, which bypass the Law of Ukraine on Government Procurement.

The issuing of recommendations for maintaining a due level of secrecy of defence sector data is one of the first practical steps taken by NAKO. It is clear that the data pertaining to this highly delicate sphere cannot all be made public. However, the absence of access to some information helps to cover crimes, misdemeanors and incompetence. As a result, this might lead to a decrease in efficiency of military establishments and to a heavier toll on soldiers. From NAKO’s experts point of view, it is necessary to revise the procedures of making the military budget public. For this to happen, the development of a special open version of the military budget with explanations of the expenditures for the public is required. Furthermore, to oversee it, regular checks by the State Audit Service and Accounting Chamber with ensuing publication of the monitoring results are necessary.

Another sensitive issue is the control over the appropriate use of international aid. According to Timothy Evans, it is necessary to oversee that the military are provided with what they need in due course. This is not only about corruption, but also about preventing unnecessary deaths, which might be avoided thanks to the use of night vision devices, for instance. In order to ensure a timely response, NAKO has already created a hot line and launched a web-site, to which both the military and volunteers or journalists can refer their messages or revelations, ranging from poor nutrition to cases of arms trade.

With this in mind, there is a difference between political announcements and real actions. Time will show whether politicians indeed really want to change the current situation. Only openness and drastic measures can really enhance the efficacy of Ukraine’s military-industrial complex and armed forces. Most importantly, we have to regain trust in the state, which these armed forces are to defend.