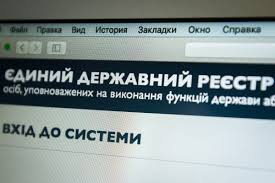 E-Declaration of Activists Ruled Unconstitutional: Is It Enough?

On 6 June, the Constitutional Court of Ukraine canceled electronic declarations for anti-corruption activists. The court arrived at the conclusion that it did not have a legitimate goal and failed to provide fair balance between the interests of people exercising their freedom of social activity and the interests of the national security of public order, the need to protect the rights and freedoms of other people (Article 36 of the Constitution), being too restrictive. It limited the freedom of political and social activity guaranteed by the Constitution and could be used for persecution of individuals.

But this decision was far from simple. What other challenges had to be overcome, why everything was so slow, what other articles of the Constitution the court ruled violated – find out from the blog written by TI Ukraine’s legal advisor Oleksandr Kalitenko.

On 6 June 2019, the Constitutional Court of Ukraine ruled mandatory electronic declarations for anti-corruption activists unconstitutional (namely, the provisions of clause 5 of part 1 of Article 3; paragraph 3 of part 3 of Article 45 of the Law of Ukraine No. 1700-VII, clause 2 of section II “Final Provisions” of Law No. 1975-VIII that lost effect from that moment on). The respective motions were submitted by Verkhovna Rada Commissioner for Human Rights Liudmyla Denisova and 65 Members of Parliament. The motions were initiated by the coalition of civil society organizations “Reanimation Package of Reforms.”

The mandatory electronic declarations failed to provide fair balance between the interests of people exercising their freedom of social activity and the interests of the national security of public order, the need to protect the rights and freedoms of other people.

Stance of the Authors:

The claimants insisted that:

How the Motions were Reviewed

On 13 June 2018, Verkhovna Rada Commissioner for Human Rights Liudmyla Denisova sent a motion to the Constitutional Court on the unconstitutionality of requiring activists to file electronic declarations. She insisted that “the requirement to submit asset declarations makes civil society, which should control the authorities, dependent on those same authorities. Anti-corruption restrictions should only apply to public officials. Applying those same restrictions to private individuals contradicts constitutional rights and the rule of law principle in terms of legal certainty.”

Later, the case failed to make it to the agenda for a long time, and eventually, the Constitutional Court did not review it before 1 April, the annual deadline for filing electronic declarations.

Anti-corruption civil society activists are not public officials and are not authorized to spend any public funds from the national or local budgets.

Stance of the Constitutional Court

The decision of the Constitutional Court effectively justifies viewing representatives of civil society associations, scholarly institutions, educational establishments, experts, other individuals represented on the selection boards, on the Public Integrity Council, other public councils and public control councils created under public institutions and participating in preparation of HR decisions, development, monitoring and performance assessment of anti-corruption programs as equal to public officials, due to public nature of their activity and actual influence on decisions of public agencies – which grants the government the right to introduce oversight in order to avoid abuse of power. Such oversight is indeed justifiable, like systems in place in Latvia and Lithuania.

However, the danger is that such phrasing and stance can be used to justify mandatory electronic declarations for foreigners who are on supervisory boards of for-profit public banks, enterprises or organizations (Law of Ukraine “On Corruption Prevention,” Article 3, part 1, clause 2, subclause a).

Relieving them of the obligation to file electronic declarations should be the next step: Embassy of the U.S. in Ukraine, among other partners, has already expressed its concern about it. These requirements “scare off highly qualified professionals, do not comply with best international practices and impact the authorities’ ability to implement the corporate governance reform. There are other reasons, too.

However, the Constitutional Court has also agreed that the Parliament effectively assigned to individuals who participate in anti-corruption activity the same status as to public officials. At the same time, the Constitutional Court has warned that measures of financial oversight of civil society associations and their representatives, other individuals who are not funded by the national budget or local budgets cannot be excessive and cannot disproportionately restrict freedom of political and social activity, distort citizens’ right to peaceful assembly or allow unfounded interference in the private life of these individuals. The Constitutional Court believes that such interference and its consequences do not pursue any legitimate goal and is too much of a burden. Moreover, it can be used for persecution of anti-corruption activists.

The Constitutional Court believes that there is no urgent need to implement electronic declarations for civil society associations and their representatives who engage in anti-corruption activity when it is not funded from the national budget or local budgets. In the future, this stance may prove problematic for anti-corruption organizations that, attempting to diversify their funding sources, will try to obtain public funding.

The Constitutional Court has also reminded that it is important that legal norms should be clear, certain and unequivocal, since otherwise equal application cannot be ensured, which leads to abuses. The Court has identified that the respective provisions of the Law “On Corruption Prevention” are not clear enough and their application is rather vague. The Court has stated that these provisions do not give the individuals they apply to a clear understanding of their obligations, expected behavior and consequences of certain actions. The phrasing of the law can also extend the obligation of filing electronic declarations to an undefined number of people. The Constitutional Court has also considered whether the liability prescribed by the law for failure to file the declaration, failure to file it in time or inclusion of false data can be applied, and concluded that this actually contradicts the Constitution of Ukraine, Article 8 part 1, Article 32 part 1 and Article 36 part 1. In this aspect, the decision of the Constitutional Court is well-substantiated.

The legal analysis has been prepared by TI Ukraine’s legal advisor Oleksandr Kalitenko.

Relieving them of the obligation to file electronic declarations should be the next step.