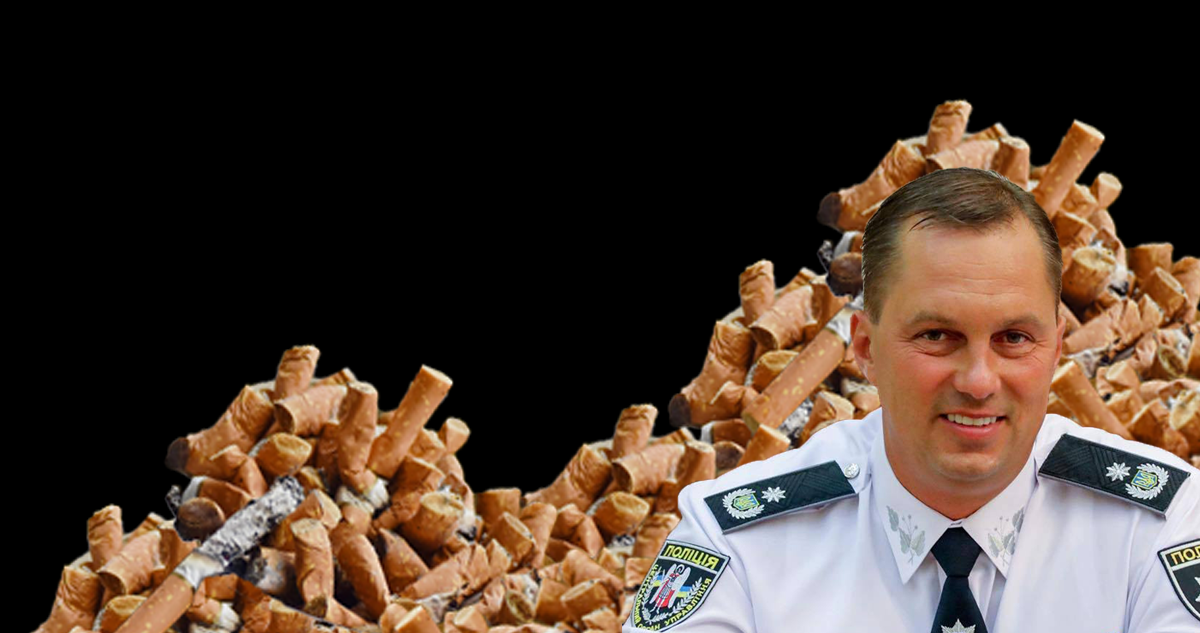 The Specialized Anti-Corruption Prosecutor’s Office, the National Anti-corruption Bureau of Ukraine, and the National Police detained Dmytro Holovin, the former Head of the National Police in Odesa region. He was indicted on suspicion of the wrongful seizing of property carried out with the abuse of office (Section 5, Article 191 of the Criminal Code of Ukraine).

This situation describes the corruption scheme driven by the characters that could inspire a plot for a new Netflix series. In a nutshell, Dmytro Holovin allegedly ordered to hand over to private firms a large haul of contraband cigarettes (3,6 million packs!) seized by the police at the Ukrainian border. Basically, in legal terms, it constitutes theft of the physical evidence. The estimated market value of the said tobacco products amounts to 50 million hryvnias. So how did the NABU and the SAPO uncover the machination and why does Mr. Holovin have a bad reputation among the activists?

The case details according to the investigators

In November 2017, 7 containers packed with tobacco products arrived from Lebanon to Odesa customs. In the alleged criminal conspiracy involving the National Police high ranking officers, first, the products were seized during the search and kept as evidence of the contraband activity. Later on, millions of packs of cigarettes disappeared from the warehouses. They were handed over to private enterprises.

It is said to be a common practice used to bring into the country the goods without the customs clearance; it usually results in the “destruction in compliance with the court order” of the corresponding goods or their “loss”. In reality every participant of the scheme profits. The NABU launched its investigation in the summer of 2018.

Who was detained and who wasn’t?

Apart from the former Head of the Odesa NP, one more person in charge of “filling out the paperwork” and allegedly “responsible for transporting the tobacco products from one warehouse to another” was also detained. Yet another suspect is said to be in hiding abroad.

What do Odesa activists say about Mr. Holovin

The activists complained that he was “cooperating” with the local business and criminal circles while treating the police force as his private security firm. Moreover, in their opinion, he was involved in orchestrating the assassination attempts and harassment of the local activists. The Ad-hoc Investigating Committee concluded that in Odesa the attacks on activists constitute an intentional criminal activity to intimidate the local population fighting against illegal construction sites and separatism.

Mr. Holovin allegedly did not declare the luxury Gold Bugaz townhouse on the Black Sea coast. The market value of such accommodations goes up to approximately 2,3 million hryvnias. The Slidstvo.Info uncovered that Mr. Holovin acquired the house in 2017. By the way, the court ordered the NABU to launch the preliminary investigation into the facts.

Officially the house owner is an 86-year-old General Ivan Sleptsov, a grandfather of Mr. Holovin’s wife. Dmytro Holovin himself denies the information on the house value. He claims that he paid 600,000 hryvnias to obtain it. The source of such an income was impossible to determine. Since 1996 till his voluntary resignation in April 2019, Mr. Holovin was employed by the Ministry of Internal Affairs of Ukraine.