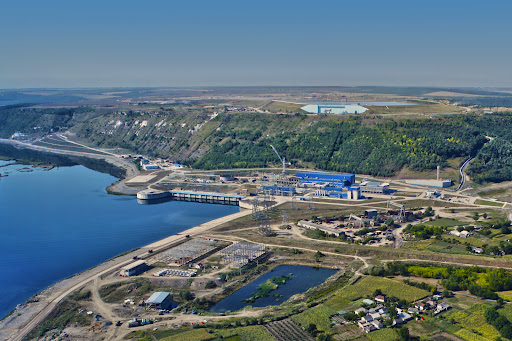 The Verkhovna Rada supported draft law 6273 in the first reading. It makes it possible to build the Dniester Pumped Storage Power Station and repair compressor stations of gas pipelines according to the negotiation procedure. In the second reading, this draft law can be voted on today.

Dniester Pumped Storage Power Station (PSPP) is a large-scale project that is being built in 3 stages. The station should become the largest one in Europe. The PSPP provides for 7 hydroelectric sets — these are structures made of turbines and generators of electric energy. So far, only 3 units are fully operational, and the 4th one is being built. To complete it, only according to the estimate, another UAH 2.9 bln is needed. Construction of aggregators No. 5-7 is estimated at UAH 8 bln.

Previous queues were also built at least partially according to negotiation procedures. Total cost of contracts concluded during Prozorro times reached UAH 11.7 bln. The general contractor is the Consortium Research-Production Association Ukrgidroenergobud. This autumn, law enforcement agencies reported on the investigation of embezzlement of budget funds for the construction of previous units: SBU — on UAH 20 mln, National Police — on UAH 60 mln. Employees of PrAT Ukrhydroenergo, Ukrgidroenergobud, and another contractor participated in corruption schemes.

It is more difficult to estimate how much money will be spent on gas pipeline stations without tenders. Works required for the repair, modernization, or reconstruction of 18 compressor stations are offered to be purchased without competition. They will be possible to buy only from an enterprise that produces gas turbine equipment and is included in the list of state-owned objects of strategic importance for the economy and security of the state. Probably, this is about the State Enterprise Scientific and Production Complex of Gas Turbine Building “Zorya-Mashproekt.”

We don’t know the volume of these repairs. Now, in Prozorro, you can find procurement transactions from several tens of millions of hryvnias to more than UAH 2 bln. At the same time, there is competition for them: for example, the tender for reconstruction of the substation of CS “Dolyna” featured 7 participants.

Procurement for the PSPP and gas pipeline stations is to be limited under the negotiation procedure before October 1, 2022. However, the MPs propose to allow in the future to increase the amount of concluded contracts to 50%.

“There are more and more attempts to withdraw procurement from the scope of competitive tenders. It’s as if after one managed to do it, everyone wanted to do the same. This is very dangerous — we are talking about billions of hryvnias of taxpayers to be distributed manually,” comments Ivan Lakhtionov, deputy executive director for the implementation of innovative projects of TI Ukraine, on the situation.

Let us remind you that this year, according to the negotiation procedure, it has already been allowed to purchase everything necessary for the Constitution Day and Independence Day of Ukraine, including infrastructure projects for the anniversary. The Ministry of Finance generally appraised these procurement transactions at UAH 5.4 bln. MPs also removed the construction of the Kyiv Ring Road from the scope of the Law “On Public Procurement.” The cost of its southern semicircle last year was estimated at at least UAH 85 bln.

There are more and more attempts to withdraw procurement from the scope of competitive tenders. It’s as if after one managed to do it, everyone wanted to do the same. This is very dangerous — we are talking about billions of hryvnias of taxpayers to be distributed manually.