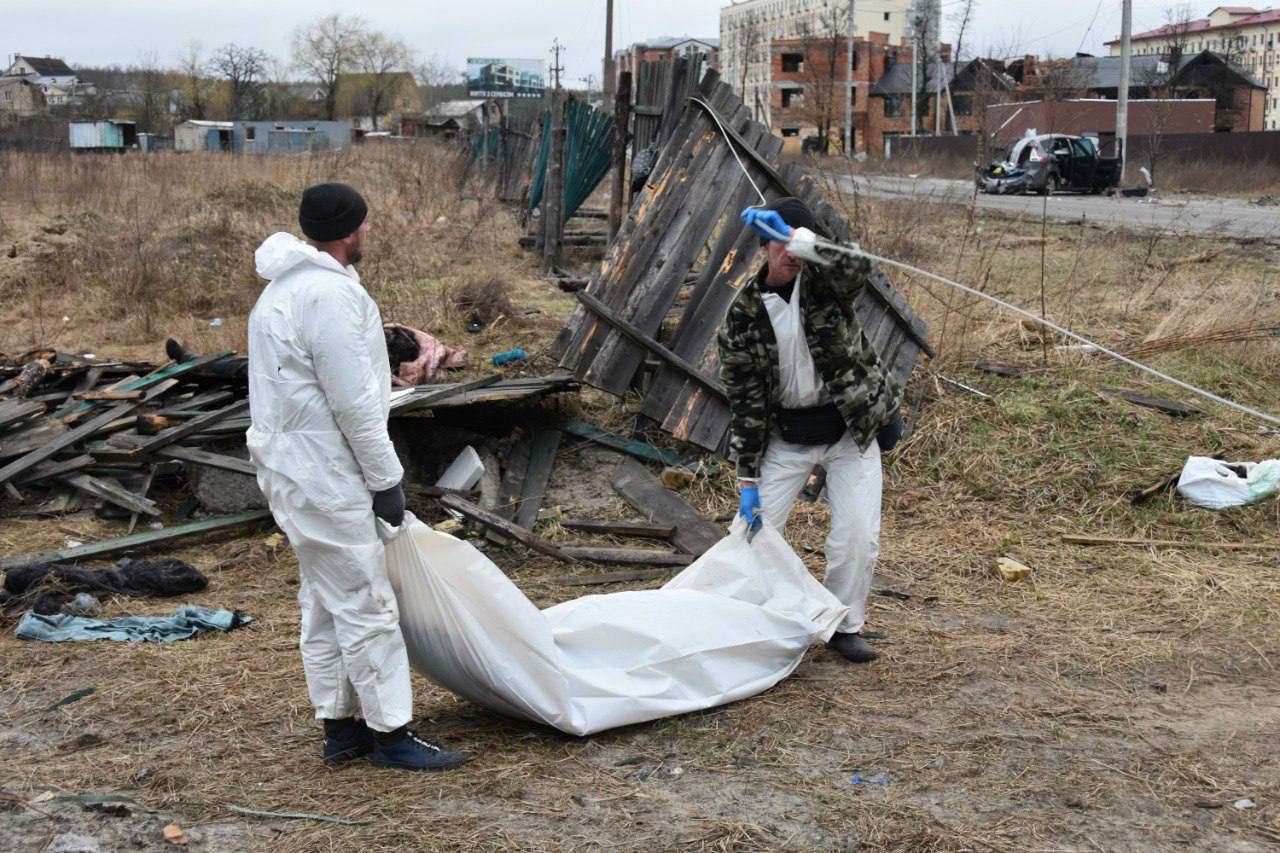 Spread the truth among the international community about russia’s atrocities. The world must strengthen its support for Ukraine and make russia pay for every crime.

Settlements in the Kyiv oblast have been freed from the occupation of the russians. Tortured, tied up, shot, residents of the peaceful suburbs of Kyiv lie simply in the streets and on the curbs. Many have their hands tied behind their back, some have their legs tied as well. The collective grave in Bucha contains approximately 280 dead bodies. There have also been repeated cases of russians mining the bodies of the deceased civilians.

The civilian population was tortured — this is evidenced by the traces on the bodies. The bodies of the starosta of the Motyzhyn village Olha Suhenko and her son were found in a collective grave, the body of her husband — in a sewer pipe. All three were subjected to torture. In Bucha, for 4 days, a married couple was tortured and interrogated — the woman was able to report this, her husband died. 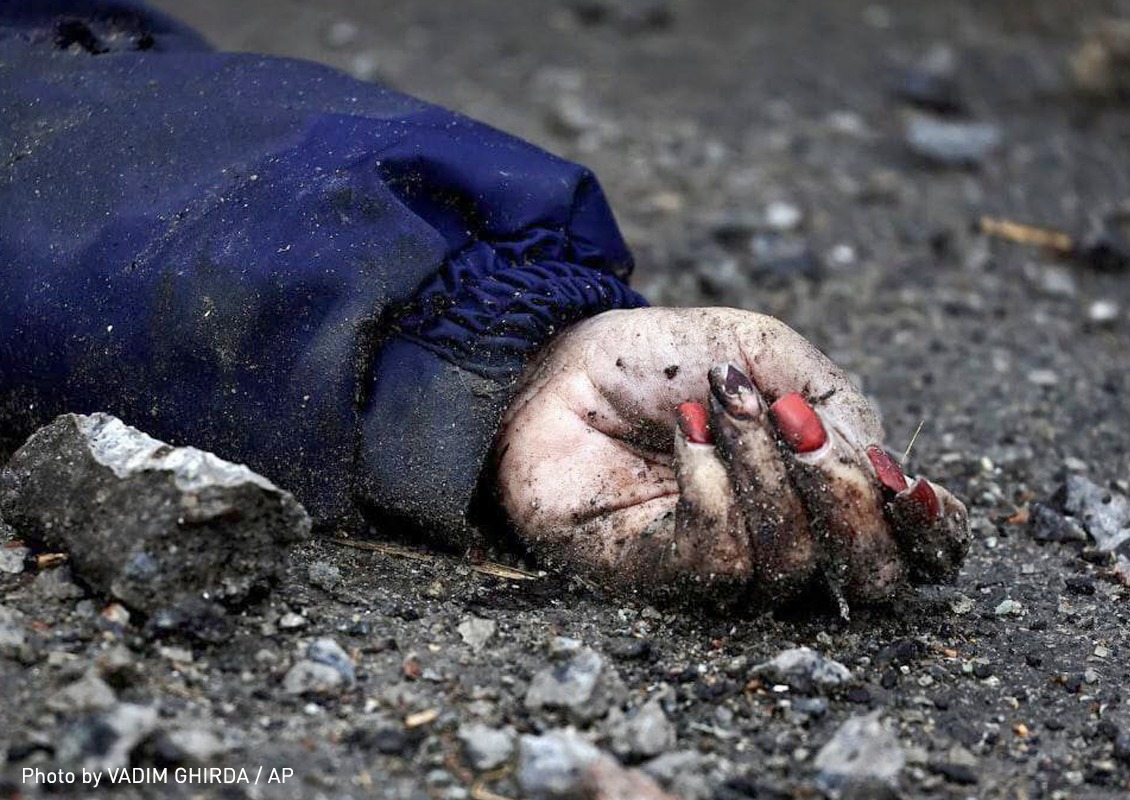 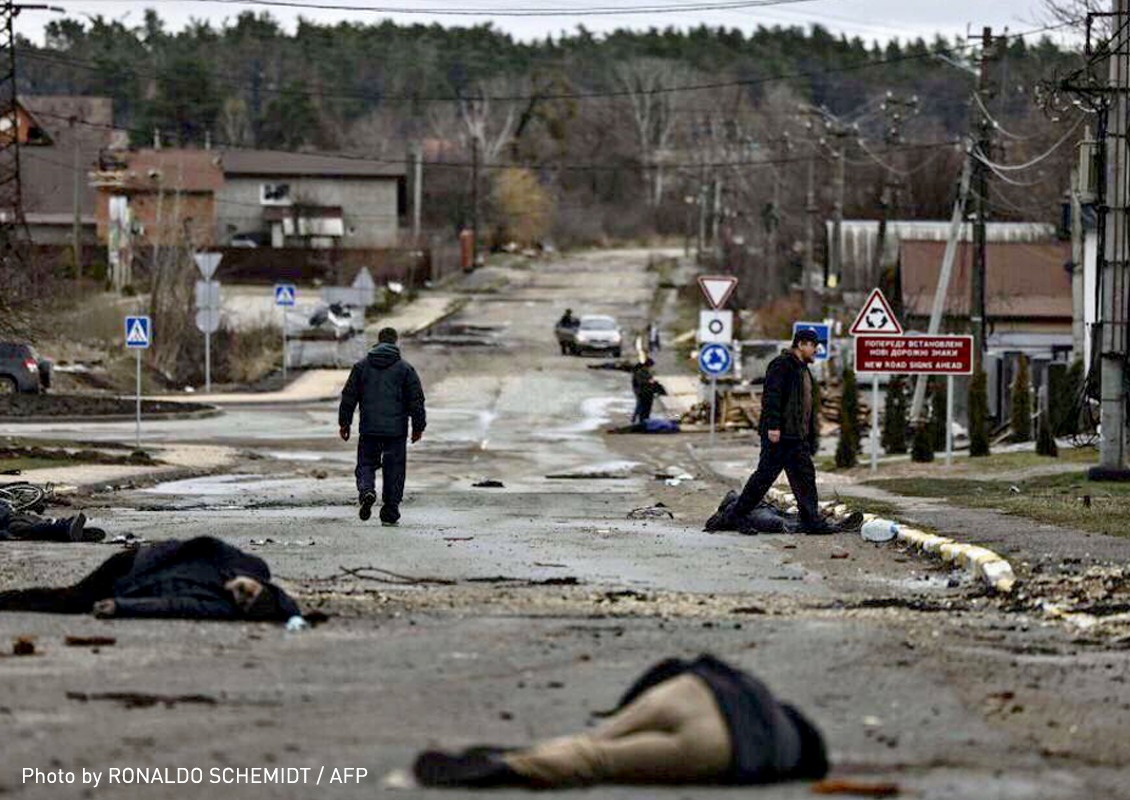 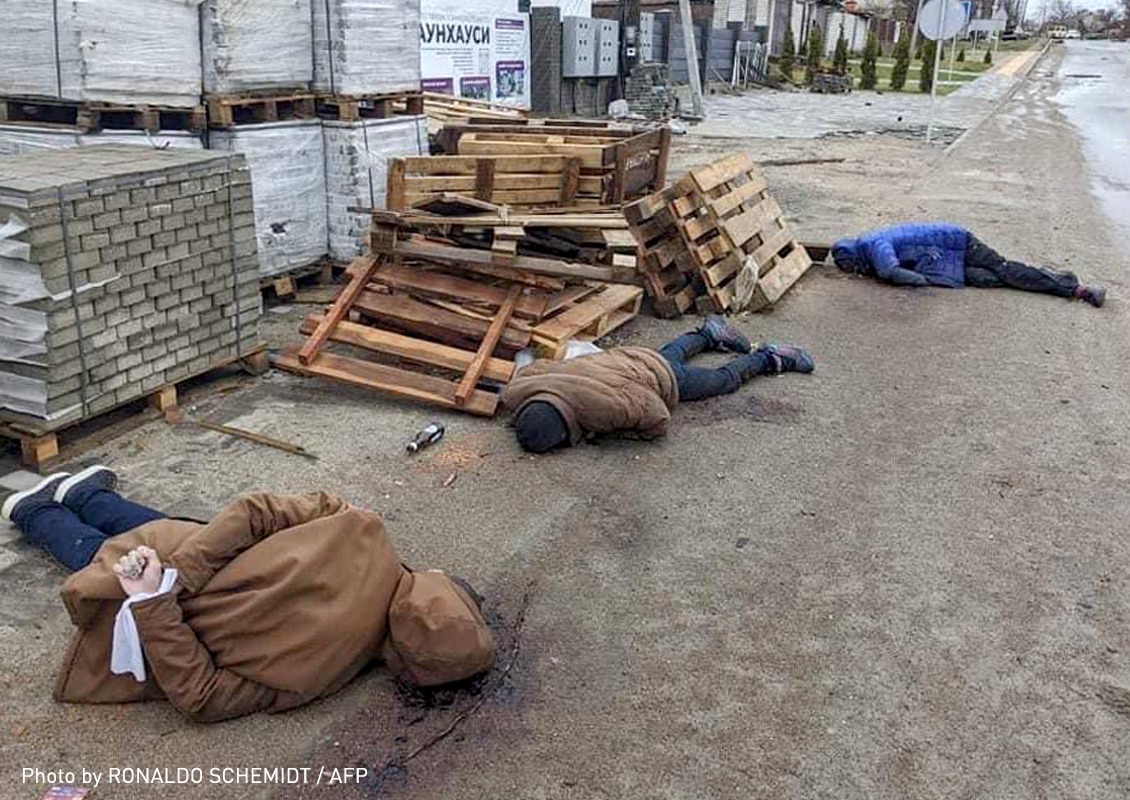 20 km from Kyiv, 4-5 naked bodies of women were found on the highway. The russian military tried to burn them on the curb. Journalists report cases of rape, even of children under the age of 10. British Ambassador to Ukraine Melinda Simons reported that there is ample evidence that rape of people is a deliberate and approved action of the russian army, and is its weapon of war. These are not isolated cases.

In Bucha, Irpin, Hostomel, and other settlements, the infrastructure is destroyed, houses are crushed and looted. In the Belarusian city of Narovlia (Homel oblast, bordering the Kyiv oblast in Ukraine), russians have organized a bazaar where they sell stolen property in Ukraine: jewelry, cosmetics, toys, and household appliances. In addition, Belarusian journalists have published a video from the post office in Mozyr (also Homel oblast), where the russian military send loot to russia.

President of the European Council Charles Michel, British Foreign Secretary Liz Truss, head of the EU diplomacy Josep Borrell, president of the European Commission Ursula von der Leyen, and others have already reacted to the photos of the killed civilians. Dmytro Kuleba called on the International Criminal Court and international organizations to send their missions to Bucha to collect all the evidence of war crimes of the russian military against the Ukrainian people.

And this is only Kyiv region, a few settlements. All this was done by the same “ordinary russians.”

Please spread the truth among the international community about their atrocities:

This is something that is scary and hard to look at, but the whole world needs to see it. To see and act: to strengthen sanctions, to isolate russia, to direct assistance to the Ukrainian army and people, to collect evidence of war crimes and crimes against humanity.

There must be payback time for everything.