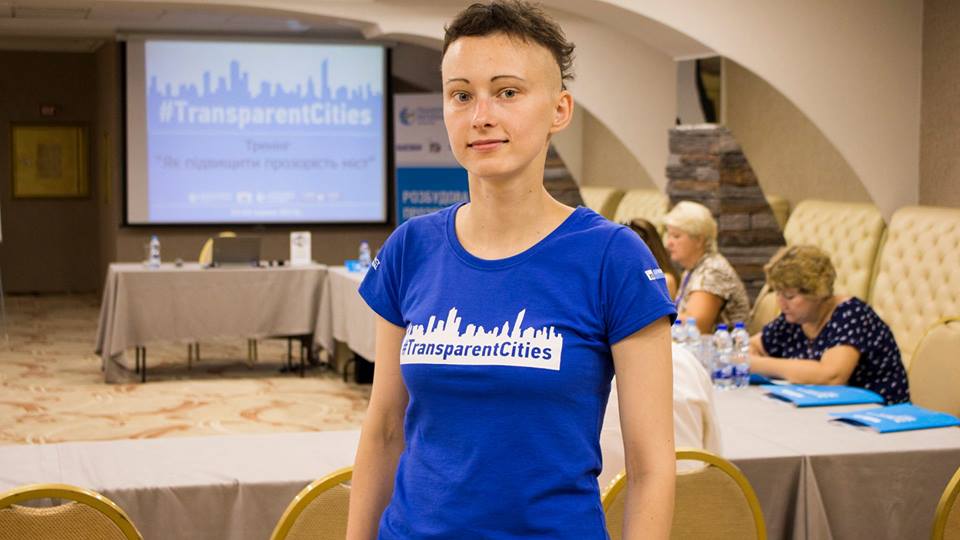 Rating of City Transparency: a Whim or Necessity

TI Ukraine, with the support of the UN, compiled a rating of transparency of Ukrainian cities. Now, we have to deal with the outsiders.

In January of 2017, Transparency International Ukraine started working on the project on increasing the transparency of Ukrainian cities. UN Democracy Fund agreed to finance it.

The best experts on decentralization, local self-government and local transparency have been involved in the project. Five analysts have processed big amounts of data. TI Ukraine’s executive director Yaroslav Yurchyshyn helped with the project development as well.

We decided on the rating methodology based on the practices of Transparency International Slovakia. It is already the fourth year that they are composing ratings of transparency of 100 cities there, and they have achieved considerable results in accountability of local authorities.

In April, TI Ukraine published a rating of 25 regional centers of Ukraine and improved the methodology again. Then, during three months, the analysts were composing the rating of 100 cities, calculating the points to the hundreds place. In June and July, the rating was presented in Kyiv and six other locations.

That is when we got a tidal wave of accusations from authorities of certain cities. Of course, those that did not get the best results. They called us, sent emails, complained that the rating was wrong. They were completely convinced that the legal demand to publish information about the city in open access was “a whim that only distracted them from actual business.”

Some mayors when asked by journalists said they heard about the rating for the first time, even though all 100 city halls received official letters of invitation to collaborate. Others claimed that a rating of transparency was not the main indicator of the work of local authorities, and one had to look at real results. For instance, whether a road or a school had been built. Turned out, it was unnecessary to report on where and how the money had gone and whether the construction materials and services had been procured in a transparent way.

The most astounding thing was the blatant ageism. That is, accusations of the project team being too young to tell them, experienced officials who had seen real life, how to work and provide for transparency.

Transparency of cities is not a “whim of boys and girl from TI.” You are wrong if that’s what you think. It is the real need of the citizens to control the authorities, prevent corruption, demand reporting, take part in the life of the city and make it comfortable for their children.

The position in the rating is a significant factor taken into account by foreign investors who are planning to build something here. A high total indicates that the authorities are working on preventing corruption and conflict of interests. It is not an abstract notion, but a completely specific and measurable indicator of effective work. And progressive city councils understood this long ago.

This rating motivated city representatives to act. For instance, representatives of Lviv city council immediately had a meeting with me as the project coordinator to receive advice on transparency. It is hardly surprising that the city which is not afraid of changes is the leader of the rating, and its authorities hope to maintain this result.

In Mariupol, they launched a new city council website, promised to the locals half a year before, two weeks after the rating’s presentation. The chief of the tender department of Mariupol city council specified which information had to be included in the Procurement section to comply with the rating’s requirements. The current website version is much more convenient for the citizens. We highly value the openness of the local authorities and activists to change.

In Khmelnytskyi, a representative of the local authorities promised to take into account 90% of the analysts’ recommendations by next year. Chornomorsk and Ternopil asked to provide a more detailed explanation of how the result was calculated; the cities intend to work on each of the 91 points.

The Hromadsky Control organization started working with Pokrov city council based on our methodology. At the end of August, the city authorities implemented a number of recommendations from the rating. By the end of the year, they are planning that the city will have no less than 85 points. As of now, this result hasn’t been achieved by a single city.

In Drohobych, the Open Finances website section was upgraded after the rating’s presentation, with numbers visualized for convenience. In Cherkasy, the procurement threshold of ProZorro has been lowered to ₴20,000. In Melitopol, they asked to send a typical ethics code of public officials to adopt it and avoid conflict of interests.

Zhytomyr authorities requested a presentation of the rating in their city, even though it was not initially included in the project plan. Representatives of Hlukhiv city council asked the analysts to assess the level of transparency in the city, even though it is not among the 100 biggest cities. A social initiative from Pyriatyn decided to use our methodology to assess their city and motivate the authorities to be more transparent and accountable.

Thus, we see that our activity has a real impact on the transparency of cities and motivates Ukrainians to be more active and the authorities – more accountable. Every step towards transparency, every application for a seminar, every positive comment, every new section on a website is a small victory that helps improve the environment where we live.

That is why we are always open to cooperation and ready to help with transparency. Cooperate, act, join us and change the country for the better.