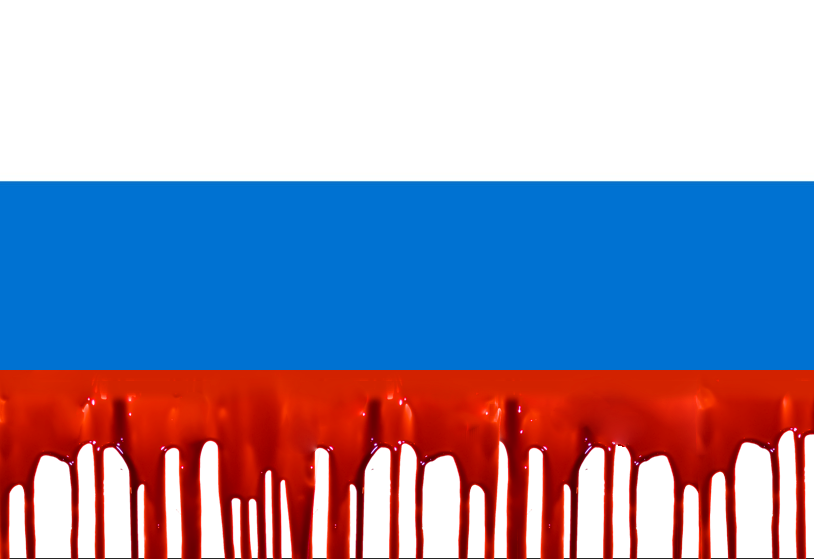 Russian-occupied territories: who will be next?

The russian federation is an occupying country that builds up invading appetites every year. In the last 30 years of its existence, russia has not fought only 6 years. And don’t even get us started on the previous imperial measures.

24 years out of 30, it has been engaged in active hostilities, occupying foreign territories. At the same time, the international community does not recognize any of the quasi-republics because their creation undermines the canons of international law and the principles of common sense. So, which country has the rf invaded, remaining unpunished?

The conflict in Transnistria began in 1989 because of the language issue. The cornerstone was allegedly the russian language, which was not recognized as the state language. In 1990, the russian-speaking population, with the assistance of the kremlin, declared “independence,” and in 1992, a war broke out.

Russia immediately intervened in this war. Led by Major General Oleksandr Lebed and the 14th Army, russians fought against the Moldovan military. As a result, the Moldovan authorities were forced to agree to a truce, according to which russian “peacekeepers” entered the territory of Transnistria. Currently, Transnistria is a gray area, which the Parliamentary Assembly of the Council of Europe has recently recognized as occupied by the rf.

During the war in Ukraine, a series of explosions and shelling took place in Transnistria. There is a version that it is russians who will destabilize this region in order to repeat the Donbas scenario — to recognize the independence of the self-proclaimed Transnistria and open a second front for an offensive on the south of Ukraine. Time will tell what Moldova’s fate will be.

Chechnya: liquidation of the Chechen Republic of Ichkeria

After the collapse of the USSR, russia took very painfully the fact that most states declared independence. In 1990, the Chechen Republic of Ichkeria (ChRI) appeared on the territory of the former Chechen-Ingush ASSR. At that time, the presidential election was won by Dzhokhar Dudayev, who proclaimed independence of the ChRI from the rf.

Two russian-Chechen wars began due to this: in 1994-1996 and 1999-2009. In the first war, the rf tried to take control of the mountainous areas of Chechnya, but capitulated and signed a ceasefire agreement in Khasavyurt in the summer of 1996. Years went by, russia was concerned about the Chechen issue no less than the Ukrainian one. A second war wa due, which lasted 10 years. The revenge ended with the occupation of Ichkeria and numerous victims.

During the second war in Chechnya, russians did not create safe humanitarian corridors, shot and cleansed the civilian population, created a network of filtration camps. Similar war crimes are being committed by the russian military now in Ukraine, in particular, in Mariupol, in Kyiv region, Kharkiv region, in Kherson, and other cities.

The interethnic conflict between Georgians and Ossetians was aggravated in the last years of the Soviet Union’s existence. In 1989, the South Ossetian Regional Council (SRC) decided to become an autonomous republic within Georgia, but the Georgian parliament did not support this decision. The following year, the SRC attempted to recognize the region as an independent entity of the soviet federation from Georgia. This provoked a military confrontation.

Consequently, South Ossetia declared its independence from Georgia in 1992. This was successfully used by the russian “peacekeepers.” Since then, they have been preparing the ground for further seizure of these territories step by step: issuing passports, positioning troops, equipment, training volunteers, and channelling money.

At the same time, there was a war between Abkhazians and Georgians. During 1992-1993, russia fought on the side of the separatists in Abkhazia, where, according to the results of the war, russian “peacekeepers” were also brought in.

In early 2008, Georgia sought to join NATO.  At the Bucharest Summit, the Alliance promised that it would allow Georgia to join if the country fulfilled certain requirements. By the way, the green light from NATO also concerned Ukraine. However, putin opposed such a course.

On the night of August 7-8, 2008, russia attacked Georgia. The war lasted 5 days. As a result, the rf established control over the separatist regions of Georgia, which proclaimed themselves “independent states.”

In 2021, the European Court of Human Rights recognized the russian occupation, and also accused the country of torture, ill-treatment and detention of civilians, looting and burning of houses, ethnic cleansing, deprivation of the right of forcibly displaced persons to return to their homes.

Despite this, the media spread information about the intention of South Ossetia to hold a referendum.

Ukraine has not learned from the Georgian experience. In 2010, under the presidency of Viktor Yanukovych, our country refused to join NATO and consolidated its non-bloc status. In addition, in the same year, Yanukovych signed the Kharkiv Pact, which extended the stay of the russian fleet in Crimea until 2042.

The Revolution of Dignity became a prerequisite for the annexation of Crimea and the war in the east of Ukraine. Ukrainians resisted the pro-russian course and sought integration into the EU. After the shootings of the Heavenly Hundred, Yanukovych fled the country, and the rf took advantage of a moment of turmoil and began the armed occupation of Crimea.

In March 2014, an illegal referendum with falsified results was held in Crimea. The last 8 years of annexation were accompanied by repressions against Crimean Tatars, ethnic Ukrainians, build-up of troops and equipment.

The russian-Ukrainian war in the east has been going on for 8 years. Until February 24, 2022, hostilities were carried out with varying intensity, and the rhetoric of russia radically changed from “there are no russian troops there” to the recognition of the independence of the so-called DPR and LPR. The army of the rf immediately faced the powerful resistance of the Ukrainian military and people. There have been attempts to establish a ceasefire, but the russian side has repeatedly violated it.

In 2021, russia began to actively build up troops around the borders of Ukraine. And at the end of the year, the official position of the rf on the guarantees of Ukraine’s security appeared: not to accept our country into NATO and not to provide us with military assistance. On February 24, 2022, the russian army invaded Ukraine by the order of putin. The planned blitzkrieg failed, but the hostilities are still going on.

In two and a half months, the russian military committed more than 10,000 war crimes, destroyed Volnovakha, 90% of the infrastructure of Mariupol, committed genocide in Bucha, Borodianka, Irpin, Hostomel, and other cities of Kyiv region, destroyed Kharkiv and Chernihiv, shelled Kyiv, bombed Kramatorsk. We continue fighting for freedom and defend an independent future.

Nagorny Karabakh is the disputed territory of Azerbaijan and Armenia. De jure, the region in the South Caucasus is part of Azerbaijan, and de facto it is controlled by the Armenians. In the fall of 2020, a war broke out between these two countries. In fact, it ended with the victory of Azerbaijan, but the ceasefire was recorded with the mediation of russia.

After the war, the countries concluded a tri-party agreement, according to which Armenians handed over the territories they had controlled for decades to Azerbaijan, and the russian army placed its troops in an enclave. However, on the night of March 24-25, 2022, the conflict resumed. The Azerbaijani military captured the village of Parukh. In response, russia stated that the zone of russian “peacekeepers” was violated. Azerbaijan believes that there are no violations.

Against the background of the war in Ukraine, certain shifts in moods regarding the territories occupied by russia emerged in other countries.

Japan stated that the rf had occupied the southern part of the Kuril Islands. The dispute surrounding the affiliation of Iturup, Kunashir, Shikotan, and Habomai arose after the occupation of the islands by Soviet troops in 1945. Japan does not recognize russian sovereignty and considers these territories as its own. In Poland, General Waldemar Skświęczak stated that their country could claim Königsberg (Kaliningrad) because the region historically belonged to Prussia and Poland and had been under russian occupation since 1945.

According to the General Staff of the Armed Forces of Ukraine, the kremlin began a covert mobilization to restore its forces and bring military units to the states of wartime. Who knows, perhaps additional fronts could weaken it and prevent it from establishing a terrorist regime throughout Europe.