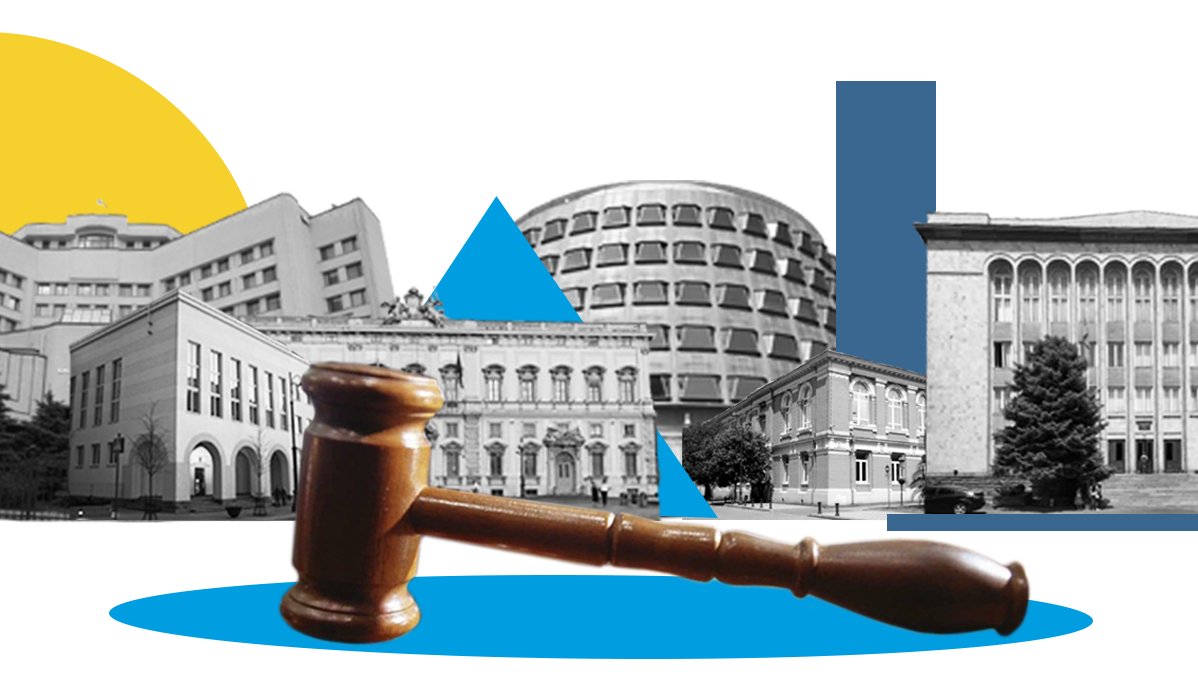 The Constitution is the fundamental law of a democratic state, and therefore its principles should be properly protected from violations. This is precisely what the constitutional courts are doing.

A year ago, the issue of the powers of the Constitutional Court of Ukraine and their relationship with other branches of government was updated. Let’s look at how such courts function in other countries of the world.

Information about such courts is usually stipulated in the Constitution. Considering the post-Soviet countries and European countries, we can distinguish several main differences between the Constitutional Court.

First, the number of judges of the Constitutional Court varies and is mainly influenced by the specifics of the state, the structure of the court, its functions, and the political circumstances in which it was created. According to a study by the National Institute for Strategic Studies, the smallest number of judges is 4 in Andorra, and the largest is 19 in Russia. Kazakhstan and Latvia have 7 judges, France, Georgia, Armenia, Lithuania — 9, Austria and Spain — 12, and Poland, Italy, and the Czech Republic — 15.

The second difference is the term of office of judges in the Constitutional Court; they can be completely different. In Uzbekistan and Tajikistan the term is 5 years, in Croatia — 8, in France, Italy, Spain, Poland, Serbia, Slovenia, Georgia, and Romania — 9, in Belarus — 11, and in Russia, Slovakia, Albania, and Hungary — as much as 12 years.

It is a fairly common practice to maintain stability and prevent unsuitable people from entering positions and concentrate power in the same hands by partially updating the judicial composition of the Court. In particular, in France, Spain, Bulgaria, and Lithuania, one-third of the composition of the Constitutional Court is being updated. Re-election of judges of constitutional courts is often not allowed.

Reserve judges are not a familiar practice in Ukraine, but in Austria, it is quite common, where in addition to the Chair and 12 main judges, 6 reserve judges are also legally elected. They are actually deputies of the main judicial composition. There are also so-called extraordinary judges, who, for example, in Italy are elected on equal terms with ordinary (ordinary constitutional judges), work in parallel, and participate in the consideration of cases against the President. In general, extraordinary judges are those who deal with certain categories of cases.

Interestingly, in France, the Constitutional Council also includes former Presidents of the republic by the right of high office, which they previously held.

As for the level of competence of judges, in the absolute majority of countries it should be high. The previous professional activity of judges, as well as their academic background, teaching experience, clean reputation, and authority are taken into consideration. In some countries, such as Spain, judges cannot be members of political parties.

And if we are talking about appointing judges to positions, then there are three main approaches. One way is when judges of the Constitutional Court are appointed by bodies representing the legislative and executive branches of government, in particular, this is the case in the Czech Republic, Austria, Canada, and Romania. Another is when the composition of the Court is approved by three branches of government independently, and so it is in Ukraine, Georgia, Italy, and Moldova. The last of the most common methods is not approving independently, but with the cooperation of various branches of government, and the final decision is approved either by the President or by the legislative authorities. The approval by the President is practiced in Turkey and Denmark, and by the approval of the Parliament is practiced in Poland, Germany, and some other countries. In any case, the decision is made on the basis of the submission of authorities from other branches or by the head of state.

How does the Constitutional Court of Ukraine function?

The Constitutional Court consists of 18 judges, which is a large number, within the framework of world practices. The judicial branch of government represented by the Congress of Judges of Ukraine, the legislative branch (the Verkhovna Rada), and the President appoint 6 judges each, while candidates for the position of judge are selected on a competitive basis. Judges of the Constitutional Court are prohibited from being simultaneously members of political parties, having a representative mandate, or holding other paid positions, or performing paid work other than scientific, teaching, or creative work.

In general, it cannot be said that there is a rule regarding traits that should be inherent in constitutional courts. Of course, they should include competent, unbiased, and not politicized people, but it is difficult to determine, for example, how many judges are better for the effective work of the Constitutional Court.

The Venice Commission stated in its Conclusion that it would be appropriate for Ukraine to amend the procedure for appointing and dismissing judges of the Constitutional Court. It is also believed that after the end of the nine-year term of office of the judge, when they resign, it is advisable to allow them to perform their duties until a successor is appointed.

And the National Institute for Strategic Studies, for example, recommends the introduction of the institution of extraordinary judges among those retired, reducing the number of judges to 14 (7 each from the President and the Verkhovna Rada), as well as introducing the principle of tertiary rotation of judges every three years.