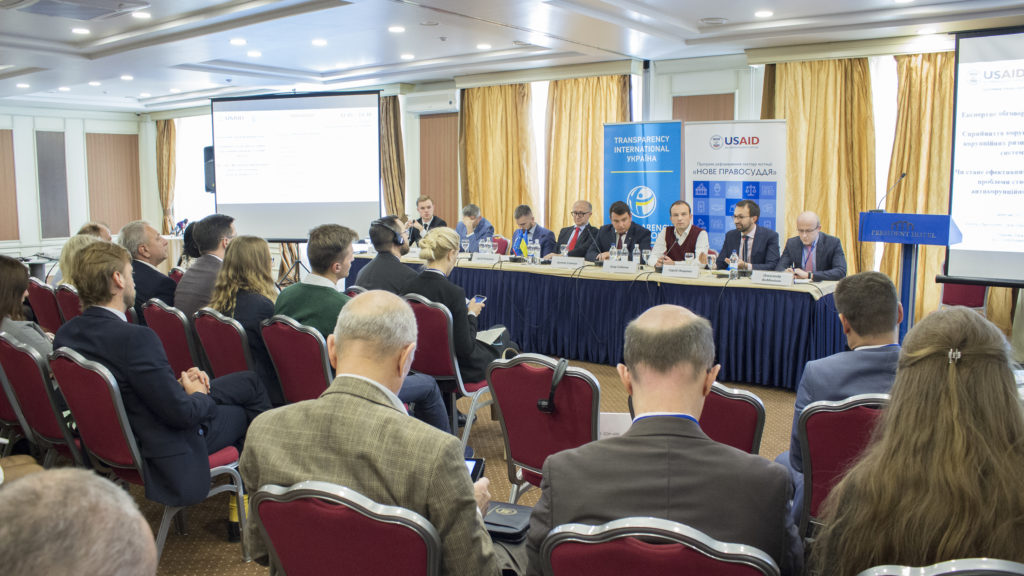 The Lid on the Anti-Corruption Reform

Only court decisions against corrupt officials draw the line under the work of anti-corruption bodies. The launch of a specialized anti-corruption court exempt of outside influences will be able to complete the anti-corruption reform in Ukraine. The necessary changes in the judicial system were discussed at the joint event of the Ukrainian chapter of global network Transparency International and U.S. Agency for International Development (USAID) New Justice Program.

The newly created anti-corruption bodies, the NABU in particular, are already demonstrating investigations of great scope against corrupt government officials. However, a great number of cases remain without court hearings for almost a year and a half now. According to the results of a survey, commissioned by USAID New Justice Program, 56% of Ukrainians don’t believe that bribe-takers will be arrested or convicted. To avoid losing the trust of the citizens and international partners for reforms that were successfully introduced a few years ago, the High Anti-Corruption Court needs to be created.

“A conviction that puts the lid on the case is the very result that the anti-corruption reform is being implemented for. If the court is not created in 2018, the whole anti-corruption reform is doomed to fail. Because all these arrests, apprehensions and tactical decisions such as remanding cases to the court make no sense, since the cases are hampered and not heard in courts. Neither the society, nor our strategic international partners are okay with this,” believes Artem Sytnyk, director of the National Anti-Corruption Bureau of Ukraine (the NABU).

Yet, 52% out of over 700 surveyed judges from all regions of Ukraine are not convinced that the launch of the High Anti-Corruption Court will have a positive effect on fighting corruption. At the same time, local judges are willing to discuss the judicial reform at the events that TI Ukraine has already organized in Odesa, Zaporizhia, Chernivtsi and Kyiv. “It is crucial that heads of public bodies, MPs, experts are ready to dedicate several hours of their time to discuss the problem professionally. It proves how urgent it is to set up the independent anti-corruption court, that will become a key element restoring the trust for Ukrainian judiciary,” commented Maksym Kostetskyi, legal adviser of Transparency International Ukraine and manager of the Civil Support of the Launch of the Anti-Corruption Court in Ukraine project.

To keep the newly created judicial institution independent, the judges have to be selected transparently, with international partners involved in the process. “We should pay attention to the procedure of selection of judges. The first aspect to take into account is how it has been done in other countries. Besides, we need to analyze the selection process of judges of the Supreme Court,” says Serhii Koziakov, head of the High Qualification Commission of Judges of Ukraine. Over 80% of the surveyed citizens believe corruption to be a problem of primary importance, one which harms Ukraine’s development (for reference, 79% of the surveyed believe warfare in the east to be such a  problem). Thus, they closely follow the implementation of anti-corruption reforms and how cases against bribe-takers are reviewed. “If people don’t see top-level corrupt officials brought to justice in the near future, they will explode again,” believes Yehor Soboliev, MP. 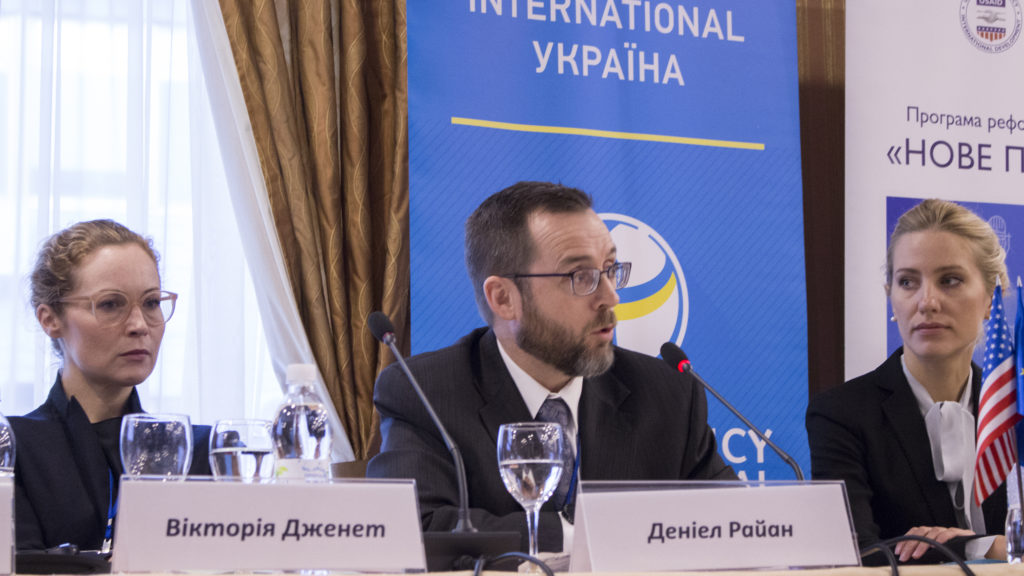 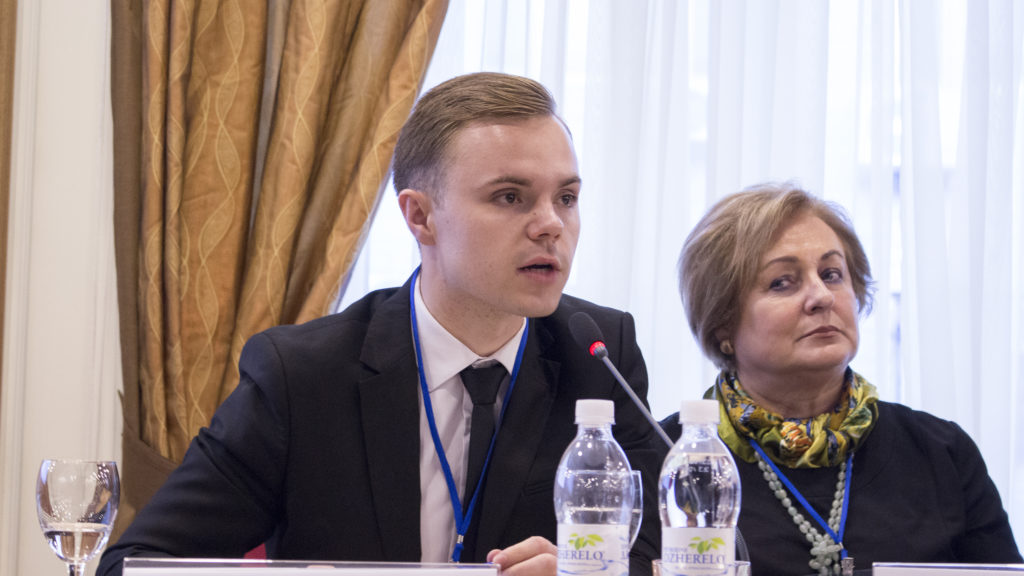 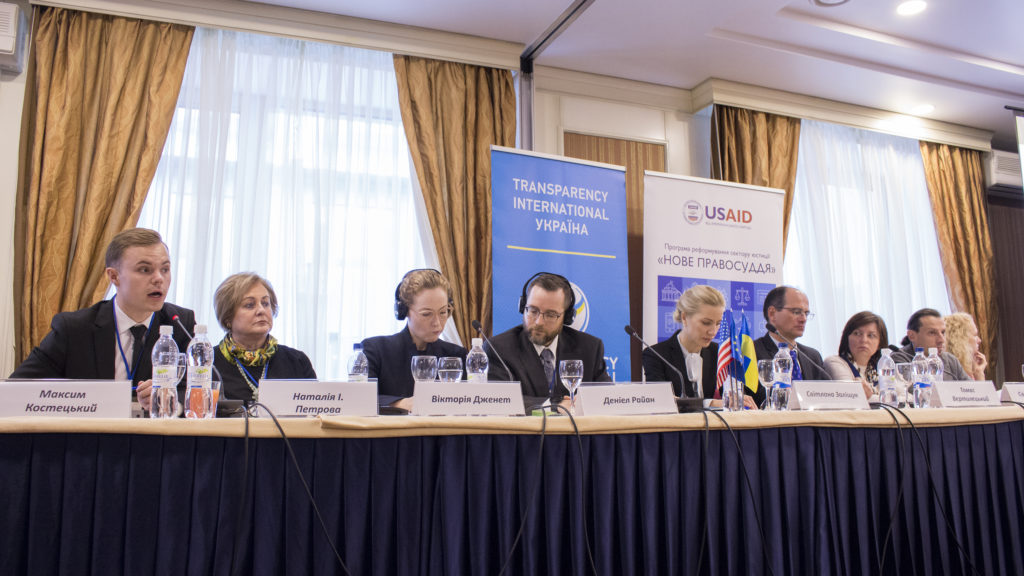 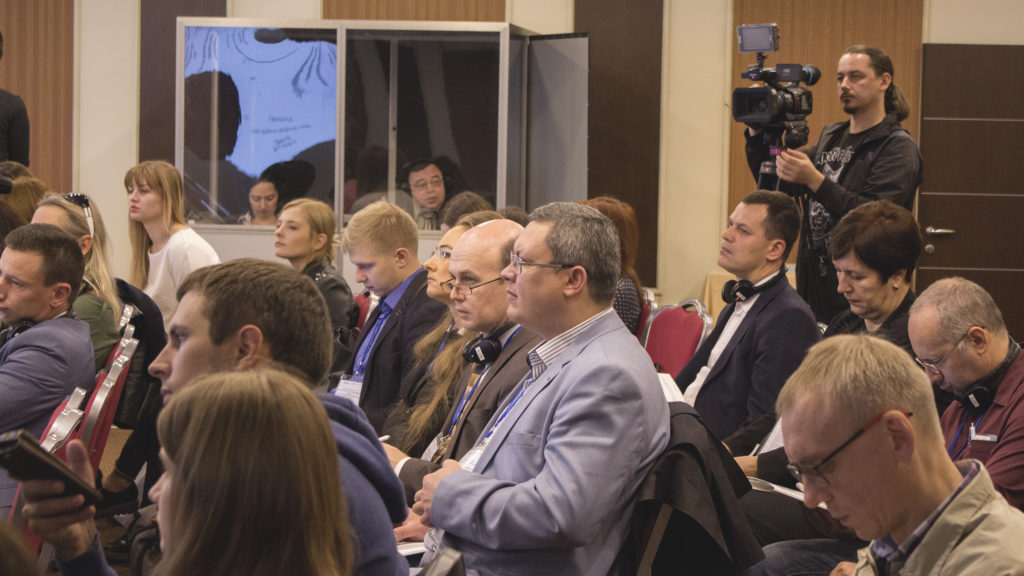 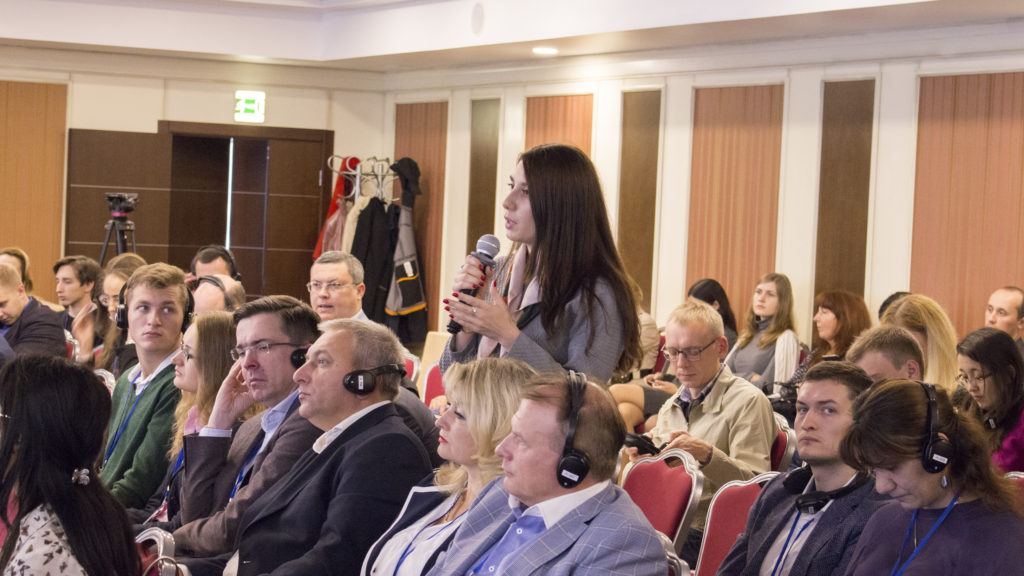 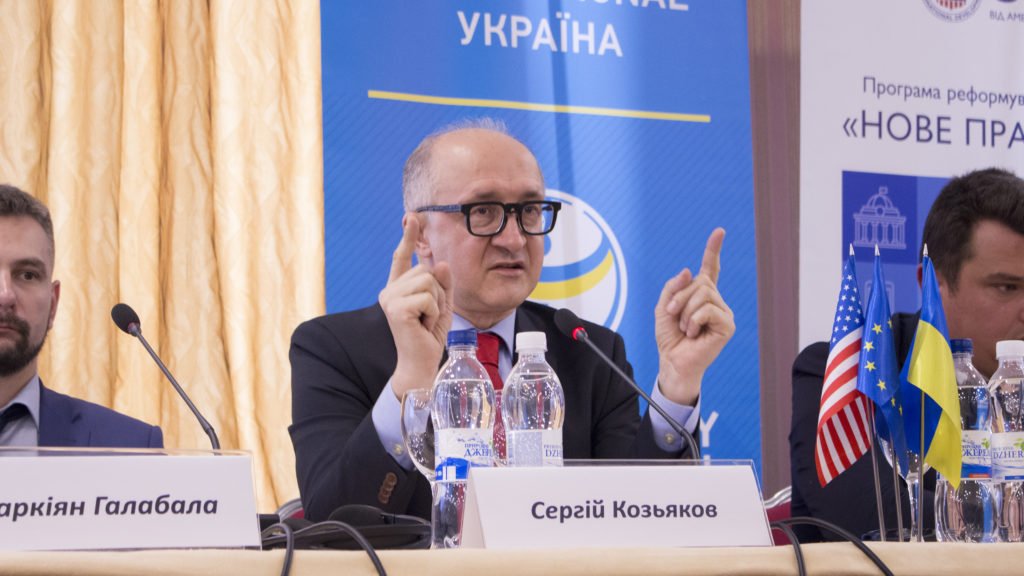 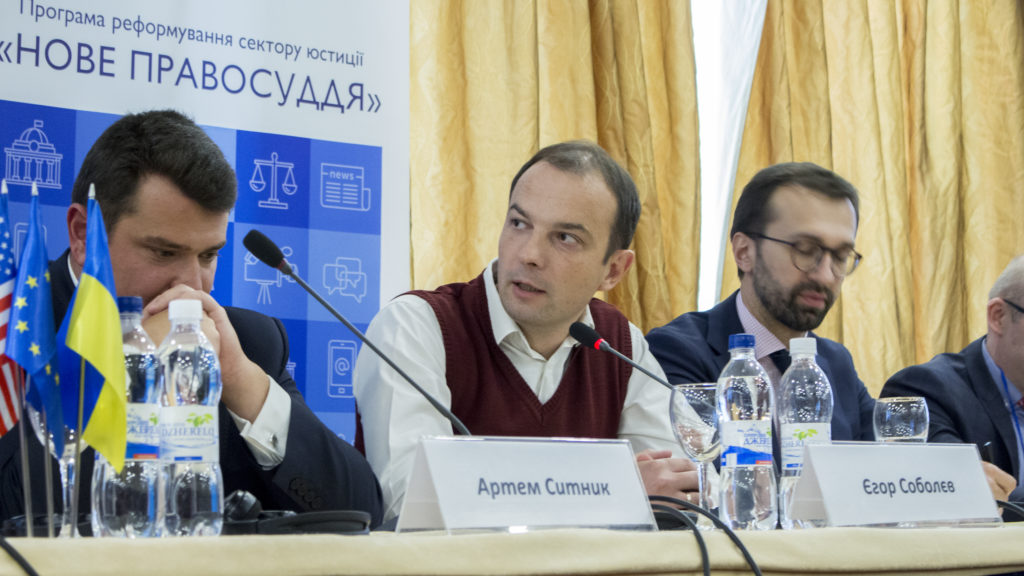 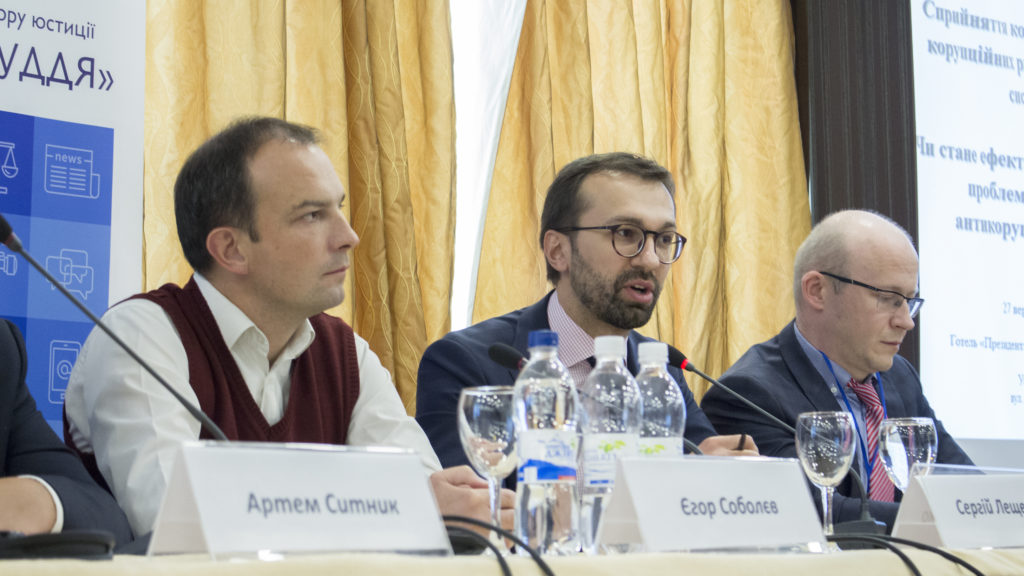 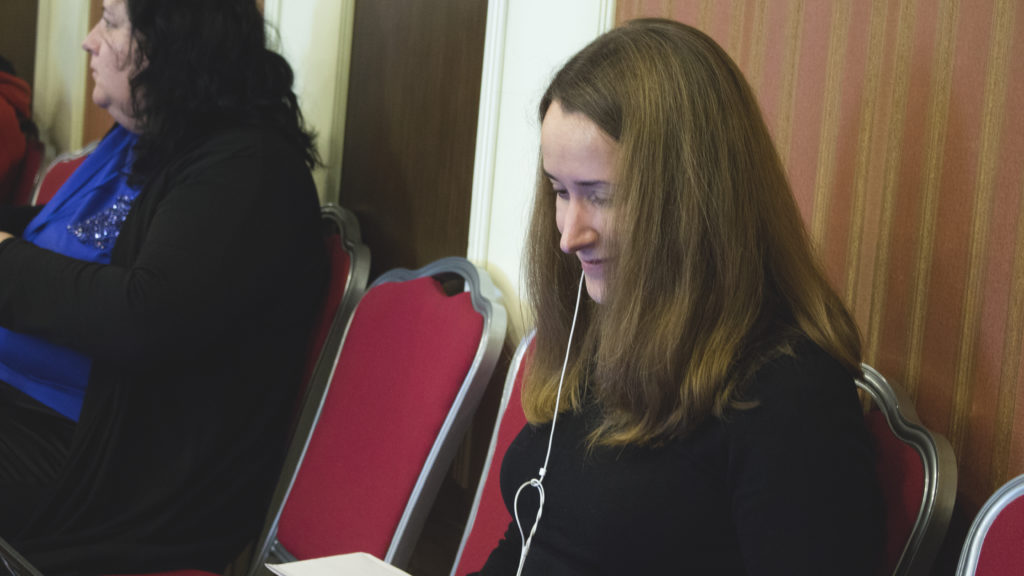 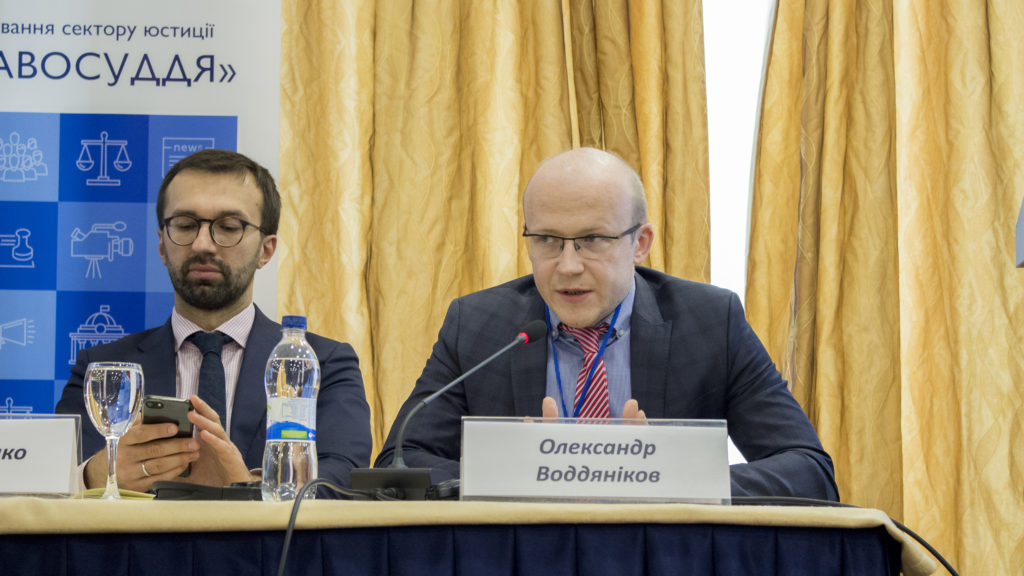