TI Ukraine demands to dismiss Roman Nasirov from the office 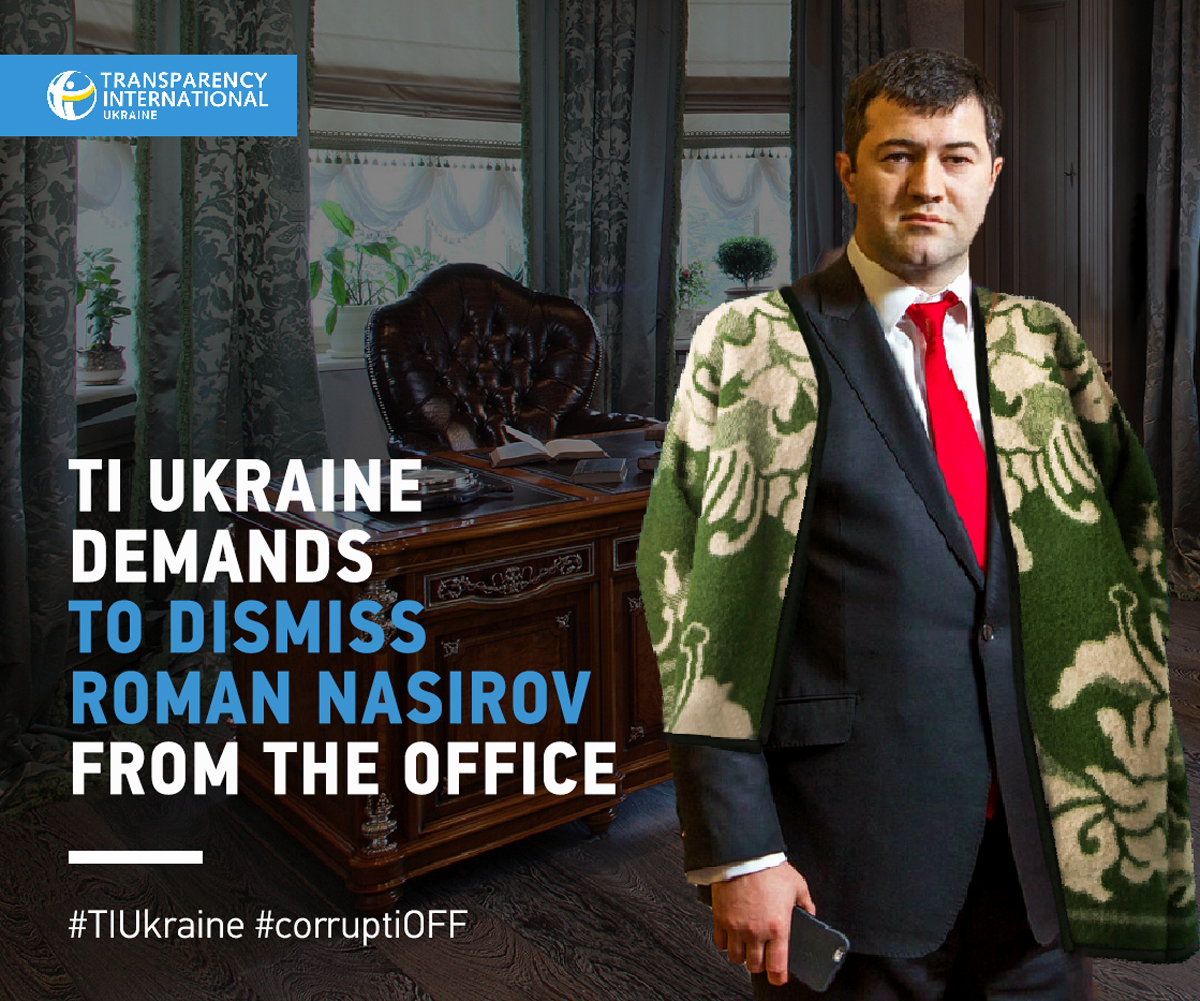 The chapter of the international anti-corruption network Transparency International Ukraine turned to the Specialized Anti-Corruption Prosecutor’s Office demanding dismiss Roman Nasirov from the post of the Head of the State Fiscal Service of Ukraine and ban him from the office.

The Head of the State Fiscal Service Roman Nasirov was suspected of corruption crimes, which resulted in the loss of about UAH 2 billion to the state budget, and he was also suspended from his post by the Cabinet of Ministers of Ukraine No 134-p from March 3, 2017, from time of the investigation, the statement TI Ukraine said. It was known from the publications made by mass media that on August 4, 2017, the suspected official was in his office. For this reason, it is apparent that all activities of the Cabinet of Ministers of Ukraine are unproductive.

The fact that the criminal offense was committed while the suspected official was in his post, it is expected that, while continuing to use the office and power, the suspect has the ability to destroy or counterfeit evidence and documents or to influence witnesses and other parties of the criminal proceedings. TI Ukraine calls on SAPO to turn to the investigating judge with the request to dismiss Roman Nasirov from his post and forbid him to stay in his office, have access to official documents and give any orders to subordinates.