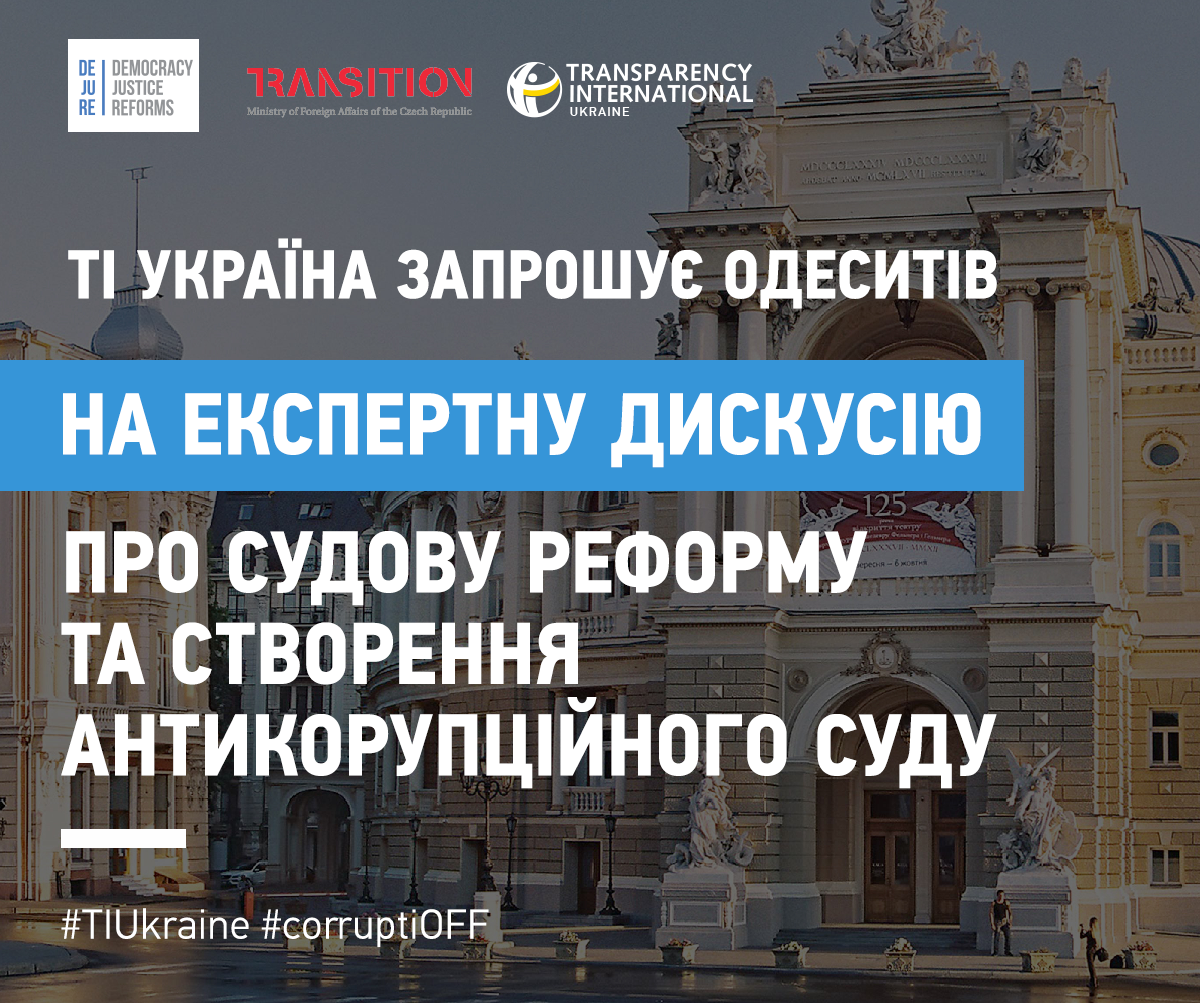 The Ukrainian chapter of the international anti-corruption network Transparency International and the DEJURE Foundation invite lawyers, journalists, activists and local government representatives to an expert discussion on judicial reform and the creation of the Supreme Anti-corruption Court in Ukraine.

In spite of the fact that the President favors the development of the Supreme Court, the middle results of the contest on selecting candidates are threatening and it may include at least 30 unfair candidates. At the same time, politically motivated forces influence court sentences, especially in corruption cases. As a result, society does not trust the existing judicial system, and corruptionists remain unpunished. For this reason, there is a critical need for the creation of an independent Supreme Anti-corruption Court, which will carry out the consideration of cases under investigation by NABU.

How should a new institution function? How should the selection of judges be carried out in an anti-corruption court? How can the public and the press prevent the election of ill-fated candidates to the Supreme Court? How can joint work of journalists and activists help clear the rest of the judicial system from questionable judges? It is these questions that will be answered by the participants of the discussion.

To take part in the event, please register by August 25th by following the link: https://goo.gl/forms/kAwpIWaoAkHio1C13
The organizers provide nutrition and informational materials.
For all questions to the organization of the event, accreditation for journalists, please contact: + 38 063 8874630 – Maksym Kostetskyi.