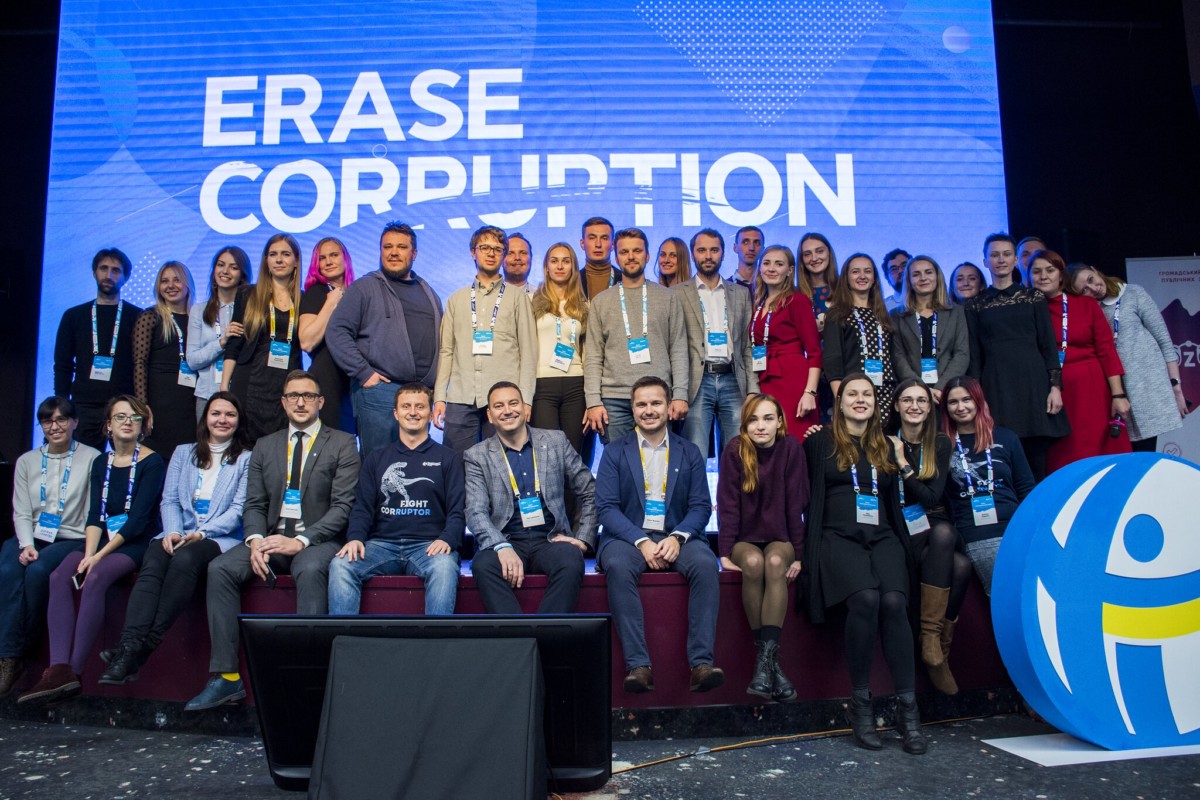 TI Ukraine has celebrated five years since it was granted full accreditation as a chapter of the global anti-corruption movement Transparency International. Together with international partners, representatives of public authorities, civil society organizations and journalists, we have discussed what victories we have already achieved, what we have learned and what values have been helping us to move forward.

“Here are the three most important lessons during these five years. Firstly, you always need to have a conversation. We are ready to speak with everyone as long as we can change something. Secondly, don’t give up! We often speak about eliminating corruption, but here at TI we know that it’s impossible. We can just contribute to reducing the level of corruption. Thirdly, don’t forget about principles. In our work, we always need to compromise, but there is always a line which you shouldn’t cross. So you need to always remember the principles which accompany you in any system, especially a public body of power,” said Andrii Borovyk, Executive Director of TI Ukraine. 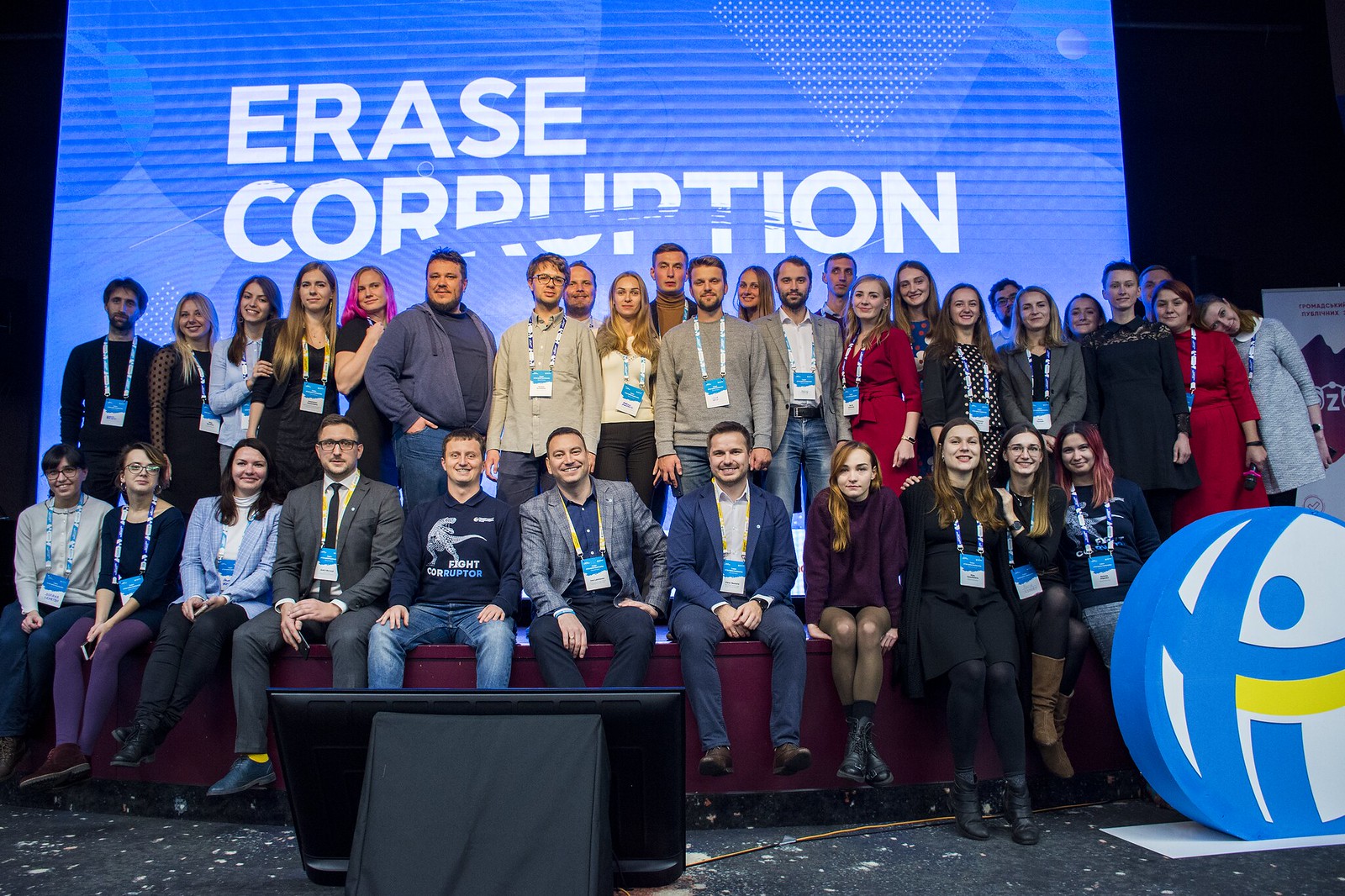 The live stream is available here:

José Ugaz, member of the Board of TI Ukraine:

“I know the principles that will help to overcome grand corruption. The first one is political will. Without political will, it is extremely hard to mobilize resources. The second prerequisite is a high level of internal motivation of those who investigate corruption. In Ukraine’s case, these are those institutions that have been created to fight against grand corruption. The third recommendation is to identify your allies. They are other institutions working in the same field as we do. While corrupt actors are well-organized, governmental institutions tend to have bad coordination among themselves.”

“Ukraine will stay at the forefront of the EU’s attention in the context of the power transition in Brussels. A few good friends of Ukraine have stayed, for instance, Maroš Šefčovič, Valdis Dombrovskis.”

“Corruption and inequality are the main reasons for protests across the world. Citizens want the government to act transparently. The Revolution of Dignity was the example that inspires other countries as a protest against corruption. The community of Ukrainian change-makers has become a key factor creating the innovations that have made the country a global leader in transparent procurement. ProZorro and DOZORRO have been recognized with OGP’s awards several times over the last few years.”

“The biggest achievement in corruption counteraction in the past five years is reduced tolerance to corruption on behalf of citizens and their active engagement in the anti-corruption struggle. This is what persuades me that everything will be becoming better and better in Ukraine.

“When we were starting to work with ‘untouchables,’ we developed various problems. That’s when the draft law on the simplified procedure to dismiss the NABU director appeared, as did other legislative initiatives meant to disrupt our job.”

“We live in the age of a global trend for renewal. Ukraine is no exception. We see that there have been changes in the country. All agencies, including anti-corruption agencies, are undergoing changes: the NACP and the HCJ are being rebooted, there is a new stage of the judicial reform. For the past two months, we have seen extremely effective work of law enforcement agencies. Over 10 high-ranking officials have been served with charges. Unity and will to work together are already producing results.”

“No matter how many high-ranking corrupt officials we convict, it will not affect the overall level of corruption, since corruption is not just about politicians, it is also about petty corruption that we all know very well. High-ranking officials are not corrupt by definition, they are people like us. One of the priorities to fight corruption is to create an effective system of wealth distribution in the society. That includes the taxing system, the welfare system and other things designed to reduce inequalities in the society.”

“The High Anti-Corruption Court is not a repressive agency. Its idea is entirely different. We have to protect the population against corruption-related crimes. The main value is still a person and her or his rights. As of now, the HACC has received 130 criminal proceedings. There were 1550 motions at the pre-trial stage, and about 1000 have already been reviewed. In less than two months of the Court’s work, about 100 appeals have been reviewed.”

“What is the point of a better law if it is going to be violated anyway? 29 out of 30 corrupt schemes that we discovered were actual violations of the law which could get the perpetrator convicted, fired and fined.”

“We can see that the society is actively joining anti-corruption changes. The biggest enemy of anti-corruption is apathy. Local initiatives always understand things best and implement innovative ideas. That is why we are in favor of not just implementing the best European practices, but also of supporting creative ideas locally.”

“Prosecutors are also motivated by the indirect result of our work. For instance, when we were investigating cases in the defense sector, we effectively did a quality test of armor for the army. We found out you could shoot through it and sent the armor for an upgrade.”

“More transparency and more accountability mean restriction of the power. Using the carrot-and-stick approach makes sense, but we shouldn’t just turn into underdogs criticizing everything the government does.”