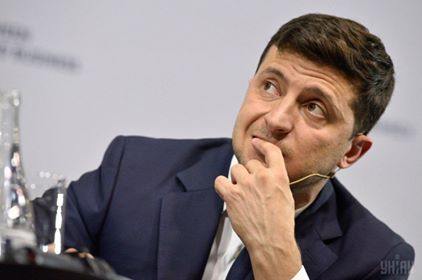 What Awaits Zelenskyy for Violating LoU “On Corruption Prevention”?

On July 7, the Head of the NACP drew up and handed over to the President two reports in connection with administrative violations. Volodymyr Zelenskyy failed to report significant changes in his financial situation, of which he notified the agency himself.

After taking office as President of Ukraine in 2019, Volodymyr Zelenskyy made the purchase and sale of domestic government loan bonds. The total cost of acquired and sold bonds exceeded 50 minimum living standards, but the NACP only found out about it now.

The relevant materials will be submitted to the court.

What did the President do wrong, and why is it a violation?

Over the past 5 years, Ukraine has been building a system of agencies and a legal framework that should effectively prevent corruption at all levels.

Article 1 Of the law of Ukraine “On Corruption Prevention” defines a number of important terms, including such terms as a corruption offense and a corruption-related offense.

It should be noted that both types of offenses are subject to criminal, disciplinary and/or civil liability.

Under Article 3, part 1 of the Law of Ukraine “On Corruption Prevention,” the Law applies to individuals authorized to perform government or local self-government functions. This includes the President, the Speaker of the Parliament, the First Deputy Speaker and Deputy Speaker, the Prime Minister of Ukraine, etc.

This means that the Law definitely applies to Volodymyr Zelenskyy.

One of the legislative requirements is provision of additional financial control measures. Such additional measures, under Article 52, part 2 of the Law “On Corruption Prevention,” include notifications of significant changes in the financial situation of the declaration subject, including receipt of profit, purchase of property or spending an amount which exceeds 50 minimum living standards.

The Law obliges the subject to report this to the NACP within 10 days of occurrence of such a change. As a result of the report, this information will be included in the Unified State Register of Declarations and published on the official NACP website.

This provision applies to individuals who hold responsible and highly responsible positions or whose positions are connected with an increased corruption risk. It only makes sense that the President, the Prime Minister or other ministers are on this list.

Taking this into account, we can conclude that the provisions of the Law “On Corruption Prevention,” including additional financial control measures, apply to the President.

Another point is the liability for violation of such provisions.

However, the fact that the NACP has drafted a report and sent it to court does not yet mean that the individual is recognized guilty; it only serves as the basis to start a court proceeding on an administrative violation.

The most interesting part here is that the public official in question is the President.

On the one hand, there are clear requirements of financial control which also apply to the President. On the other hand, under Article 105 of the Constitution, the President has immunity throughout his term of office.

The Constitution does not specify the limits of the immunity, so the question that arises is whether the President can be brought to administrative liability for a corruption-related offense.

If we look at the practice of the Constitutional Court of Ukraine, a 2003 decision indicates that this right of the president grants him functional immunity in relation to his position. Therefore, this immunity is required to enable the President to do his or her job freely. It serves not as the President’s personal benefit, but rather to protect the people who are represented by the President as an elected official.

Since the current situation is about an administrative corruption-related offense which the President admitted before the trial, there is no reason to believe that bringing him to liability would in some way impede his ability to exercise his authority.

It should be noted that the liability in this case is a fine, i.e. it does not lead to a prohibition to hold certain positions in the government. Nor does the liability entail other possible consequences that would prevent the President from doing his job.

Of course, if the court rules that the President is guilty, Volodymyr Zelenskyy will also be included in the Unified Register of Individuals Guilty of Corruption and Corruption-Related Offenses. All of this, however, still does not violate the President’s functional immunity under the Constitution.