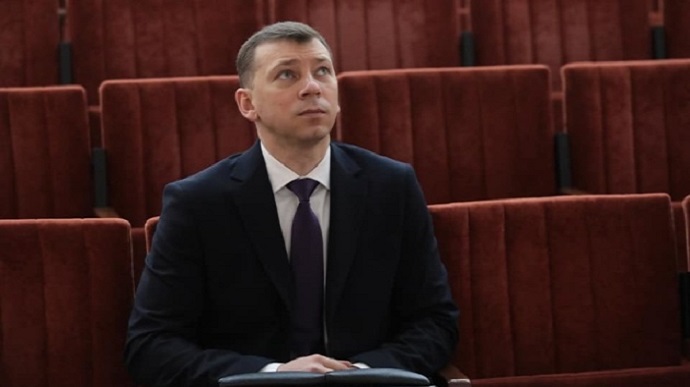 Who is detective Oleksandr Klymenko?

On July 19, the commission on selection of the leadership of the Specialized Anti-Corruption Prosecutor’s Office determined the winner of the competition. Oleksandr Klymenko, senior detective of the NABU, became the head. What do we know about him.

1. He graduated from the Yaroslav Mudryi National Law University in Kharkiv.

2. From the beginning of the 2010s, Klymenko worked as an investigator, later — in the reformed National Police, five years later he became a senior investigator, where he investigated, in particular, the embezzlement in Ukrzaliznytsia.

3. Since 2016, Klymenko was a detective at the National Anti-Corruption Bureau of Ukraine. At that time, 70 detectives from 5,000 candidates were selected to the Bureau.

4. A year later, Klymenko became a senior detective, and since November 2017 — the head of a NABU department.

5. Oleksandr has more than 10 years of professional experience, half of which he worked at the NABU.

7. According to the ex-Director of the NABU Artem Sytnyk, Klymenko was one of his most productive employees.

8. He’s ambitious. Klymenko applied for the position of the head because he was looking for career growth, and SAPO management can give more opportunities for change in the country.

9. If he had been the head of the SAPO during the investigation of the Tatarov’s case, he would have done things differently. Probably, wouldn’t have buried it. But Klymenko will hardly be able to revive the case now.

10. Detective Klymenko passed the integrity test, both according to the commission and civil society organizations. The commission unanimously voted in favor of him passing to the next stage.

11. On December 21, 2021, the commission announced the rating of candidates. Oleksandr Klymenko scored 246 points, prosecutor Andrii Syniuk — 229. Thus, Klymenko was to become the leader, and Syniuk — his deputy.

12. Klymenko suggests that there may be difficulties in cooperation with Andrii Syniuk (his potential deputy) due to scandals around the competition.

Let us remind you that among the powers of the chief anti-corruption prosecutor (except for the management of the institution) are the appointment and change of prosecutors in cases, signing suspicions to senior corrupt officials, communication with the NABU and the Prosecutor General’s Office, organization of international cooperation, etc.