In order to introduce successful anti-corruption reforms, the EU member states should ensure transparency in decision-making process; it is important to avoid conflicts of interest and facilitate the role of lobbyist groups. The EU states should also develop the European Prosecutor’s Office to fight corruption and money laundering. These issues related to the conflict of interests commented Daniel Freund, the Head of Advocacy EU Integrity in Transparency International EU, during his lecture on May, 19. The discussion was moderated by TI Ukraine Chief Operating Officer Andrii Borovyk.
More than a half of ex-commissioners and MEPs take advantage of the possibility to adapt their decisions to certain conditions: leaving the public service they continue to influence politics as lobbyists. According to TI EU, Daniel Freund, law-making and decision-making processes in the EU still lack transparency in spite of anti-corruption reforms and the rule of law.
“Lobbyism should be a public concern or representative democracy cannot function properly, considers Daniel Freud. Because of the EU Integrity Watch tool we are able to publish the information about the EU politicians as well as about lobbyists. Let the society judge and choose the best one.” Daniel comments that lobbyists also use the registry and monitor sectors and areas of interests supported by their opponents.
“Transparency by default” policy should be based on the requirement to publish all the law-making documents. During 2009 – 2014, over 1500 trilateral meetings took place; however, many of the documents accepted at these meetings were not shared with the public and contained partial information. Moreover, the registry of lobbyists should be mandatory. Currently, the workflow of over 35000 lobbyists is not regulated and this refreezing period for the EU politicians is not clearly defined yet.
“Everyone has a right to work and choose his career. However, a turn in career from politics to any other sphere should be based on strong ethical principles. It is better to remain neutral for a certain period of time, Daniel Freund explains. We propose that from 6 months up to 2 years the politicians could receive the salary from tax payers while their searching a new one in any other field except the political sphere or as lobbyists”
Google is among the most influential companies which actively and ambitiously work remotely and the company which has the biggest number of meetings. Over half of the Google’s lobbyists are from the European Parliament. Daniel believes that the open registry of beneficiaries is a crucial step and the next step should be to increase transparency of taxation of big companies.
Freund believes that regulations of lobbyism should be put aside in case the corruption level remains high. He supposes that the visa free regime for Ukraine is an example of a successful reform, but reforms should be supported by the public control over the government which tries to prevent their successful implementation. The EU anti-corruption report states the big “gap” between the anti-corruption laws and their real life implementation.
“After EU accession, in Eastern Europe countries, and also in Hungary, the progress of the anti-corruption reforms are not apparent , comments TI EU Head of Advocacy EU Integrity, Daniel Freund. The government critics are being pressurized, and the media remains under progovernmental control. In Romania we see thousands of people crowded the streets, and these people were trying to change the rules of the fight against corruption. The politicians step aside and play games, but we should be on the alert. There is no public mobilization of this kind in Hungary”.
This lecture has been organized by TI with the support of Friedrich Naumann Foundation Project Office Ukraine & Belarus. This is the third event as a part of the shared educational project. In March this year, TI UK Director of Policy Duncan Hames has also presented a lecture. In April, a panel discussion has been organized; among the panel speakers were the Executive Director of TI Lithuania Sergejus Muravjovas, Chief Editor of NGO Media Detector Nataliia Ligachova and a journalist Pavlo Kazarin 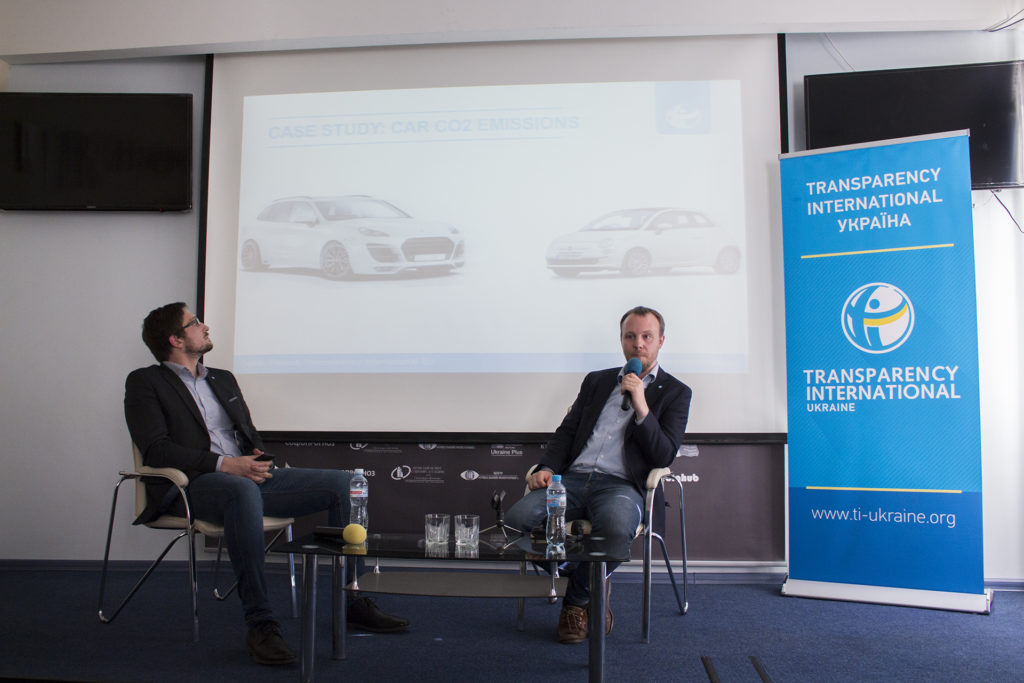 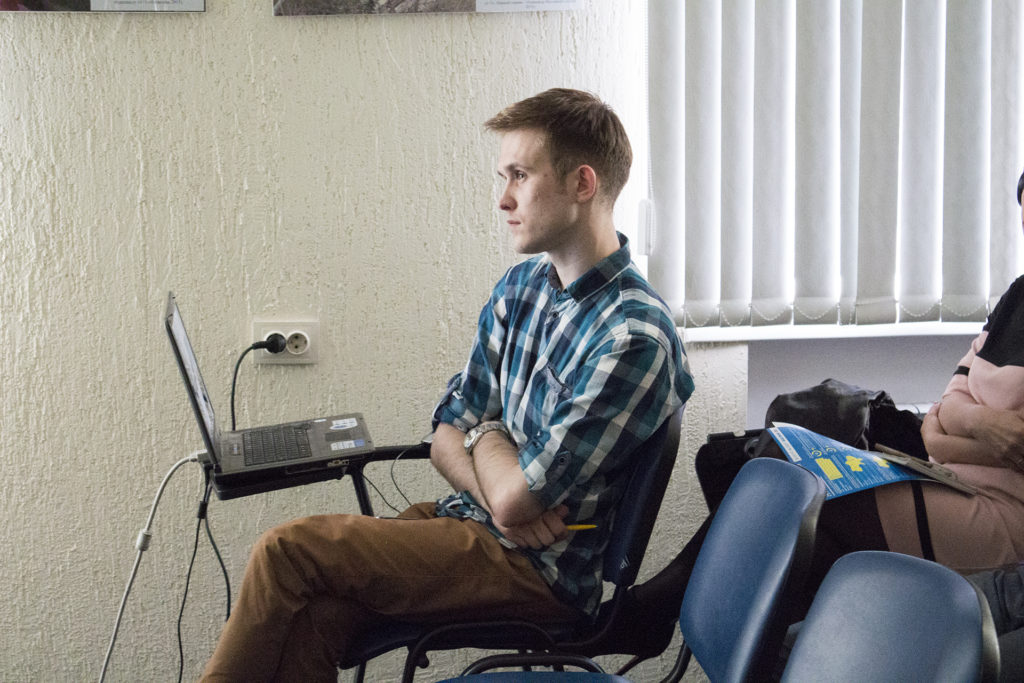 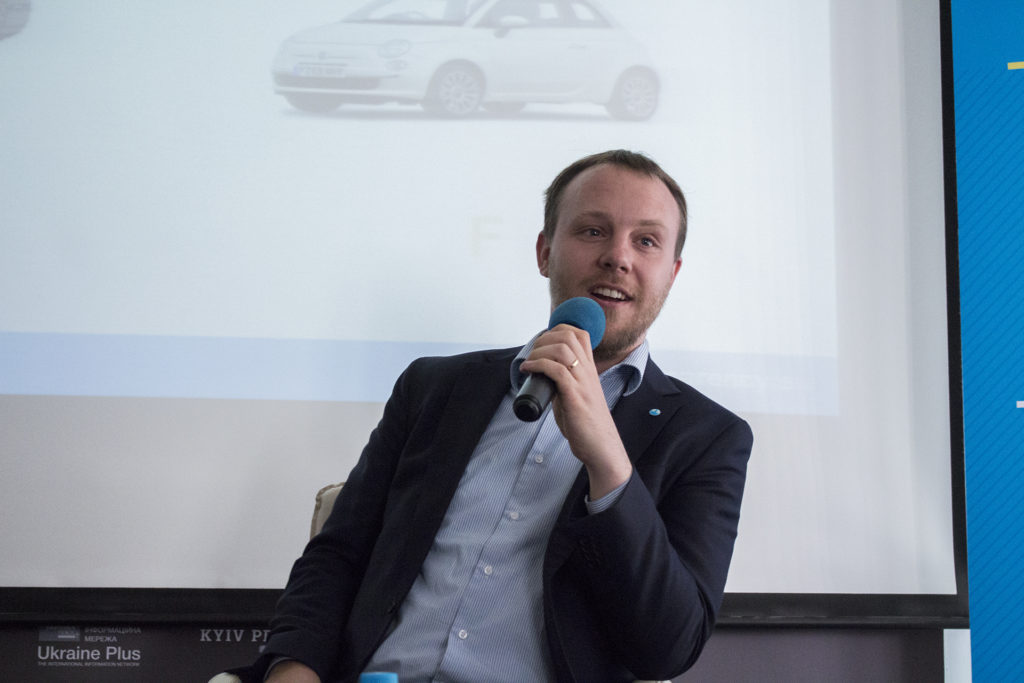 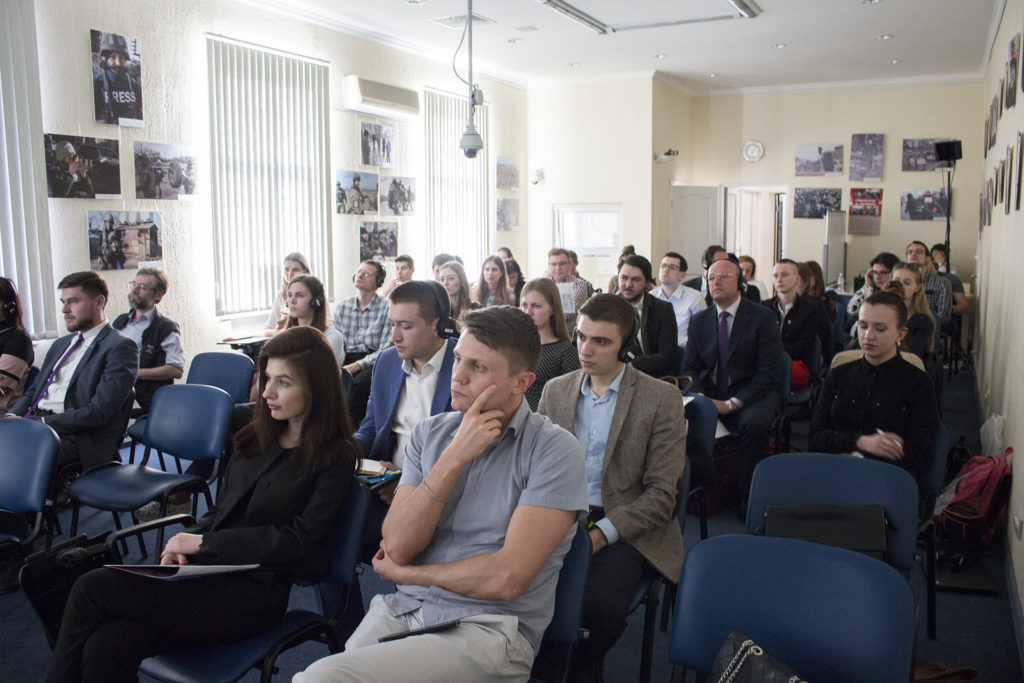 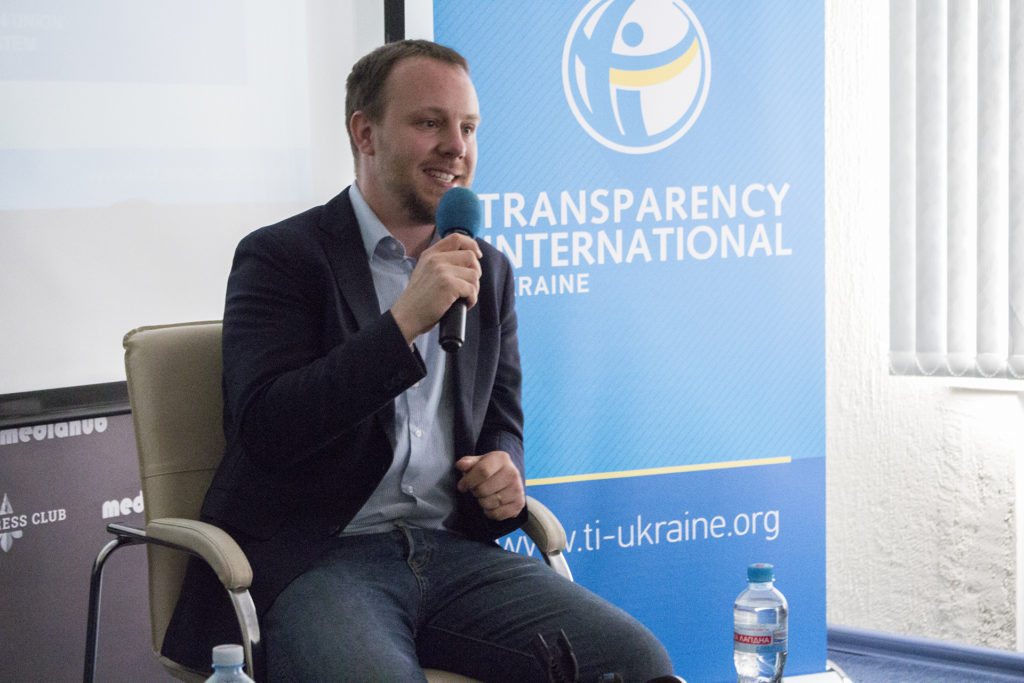 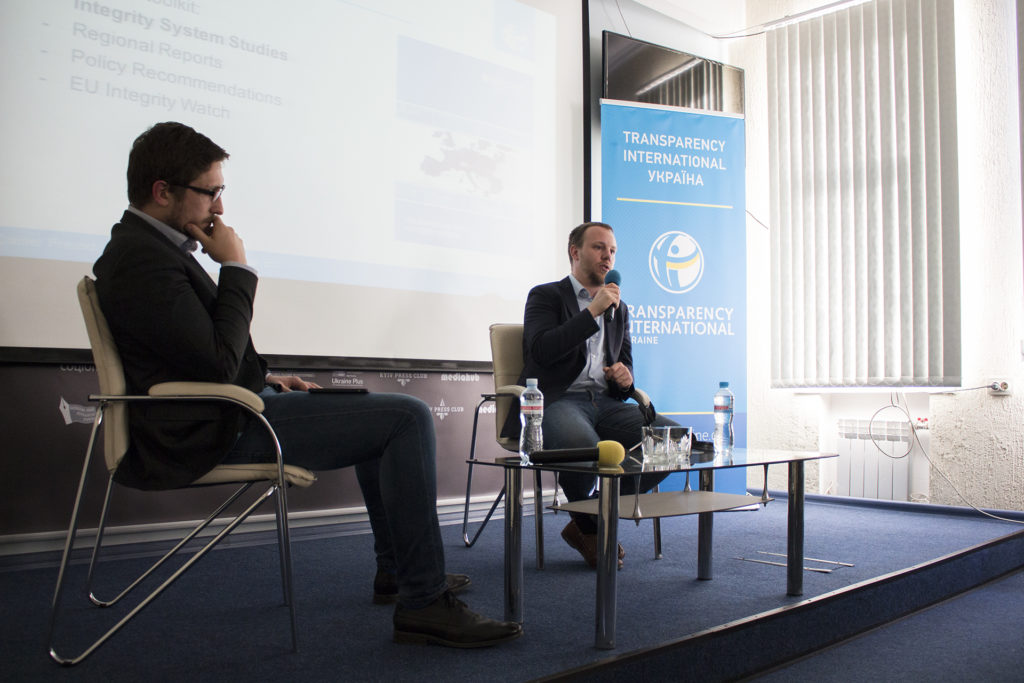 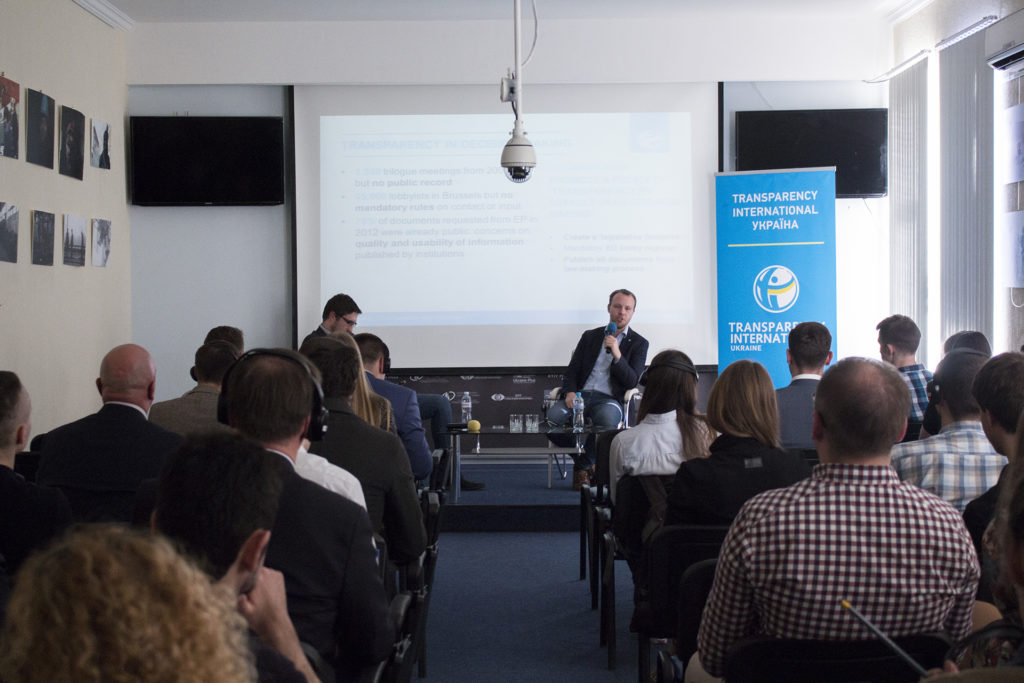 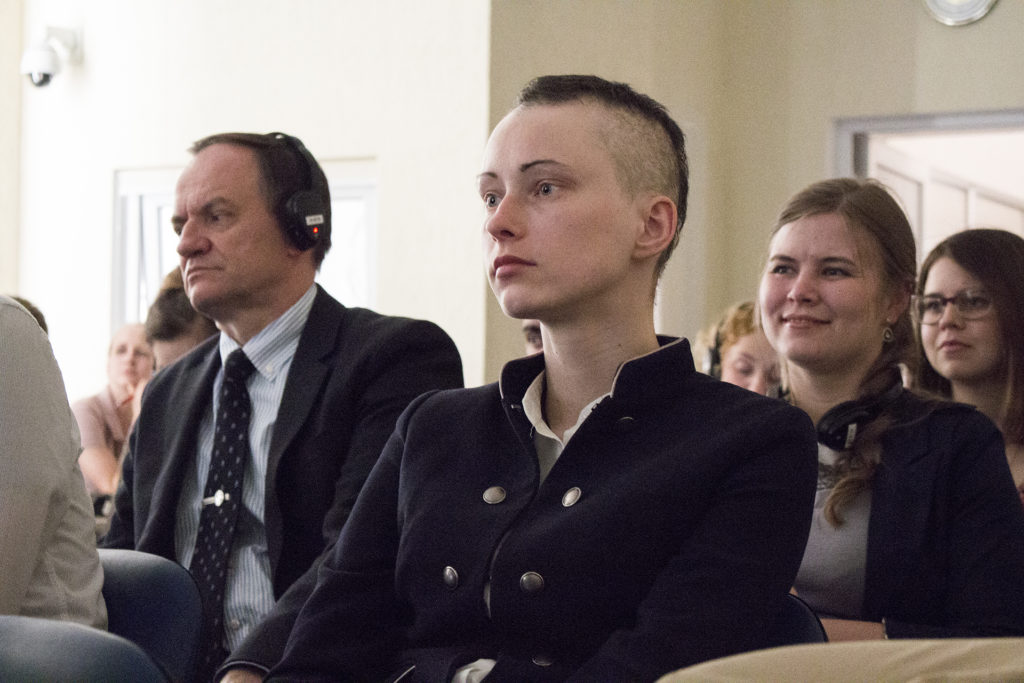 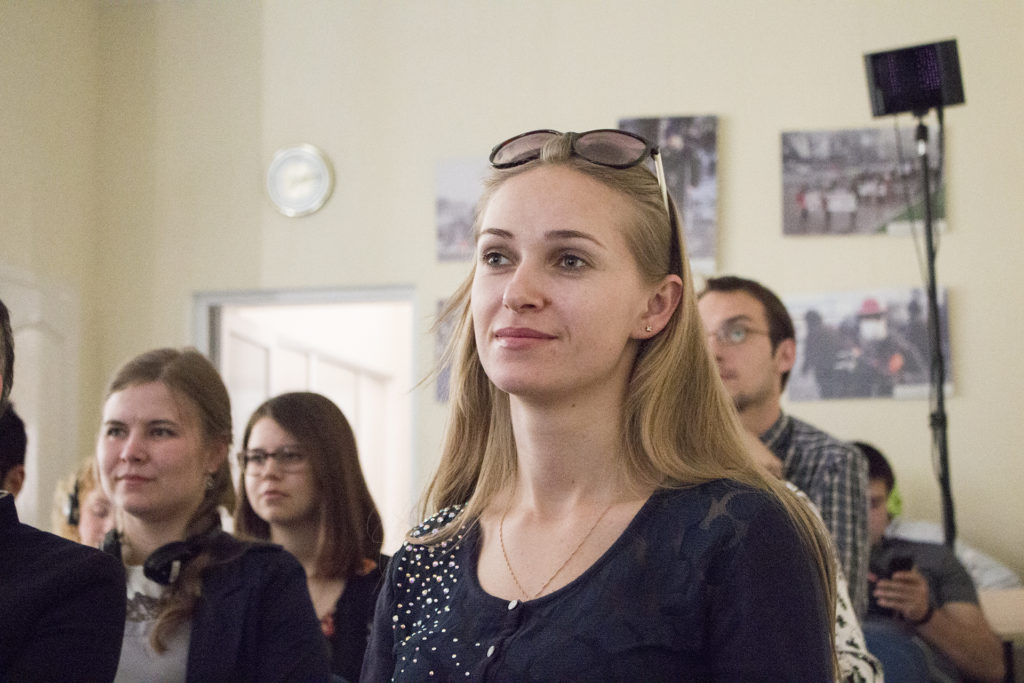 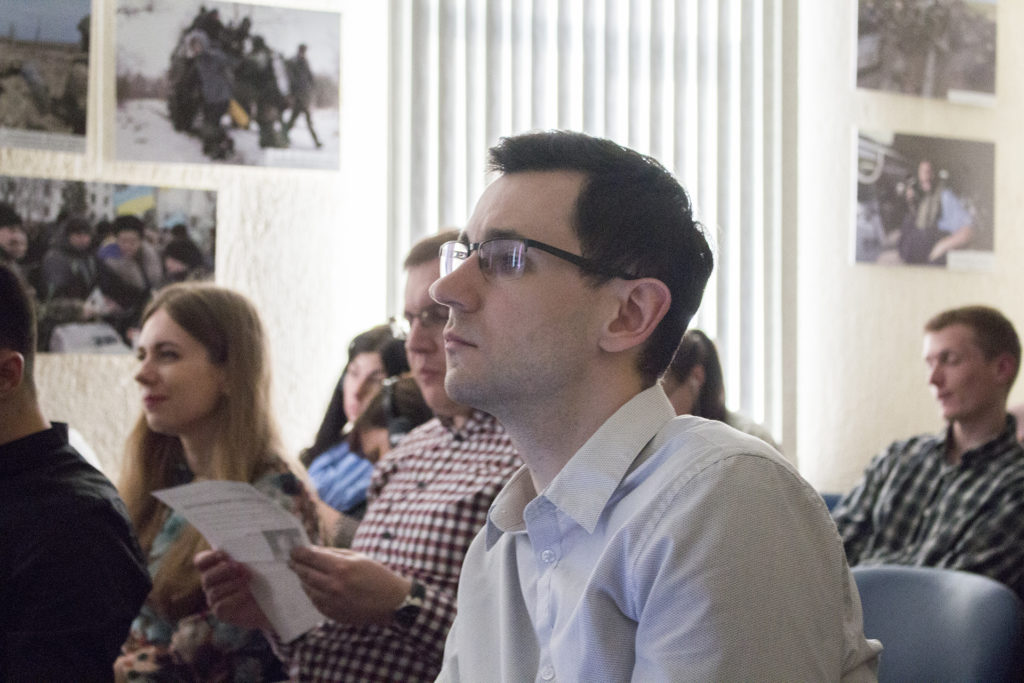 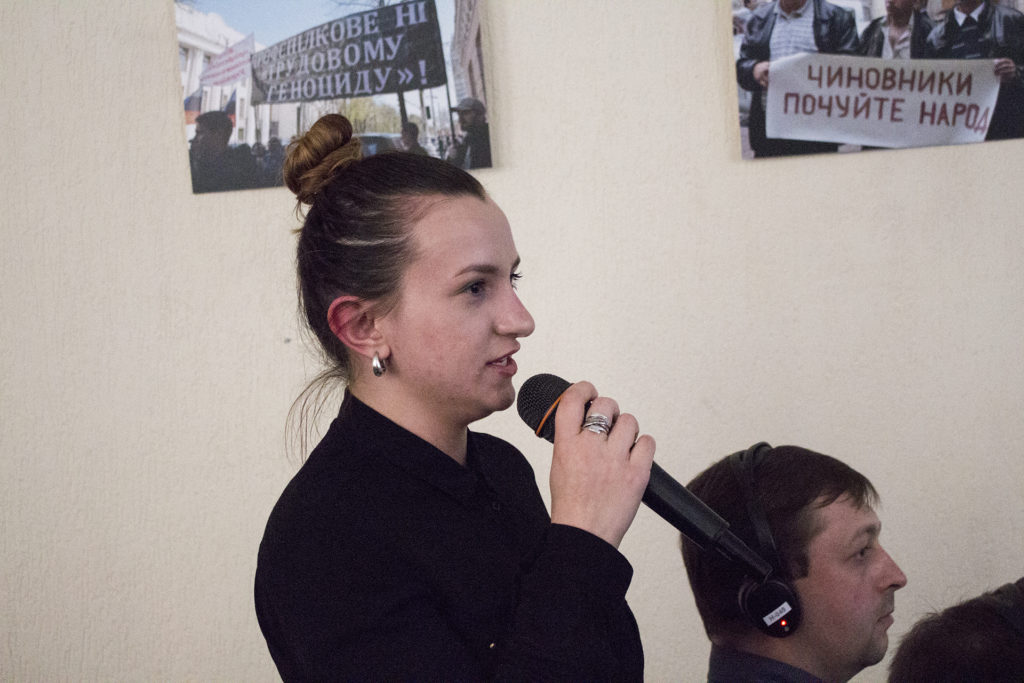 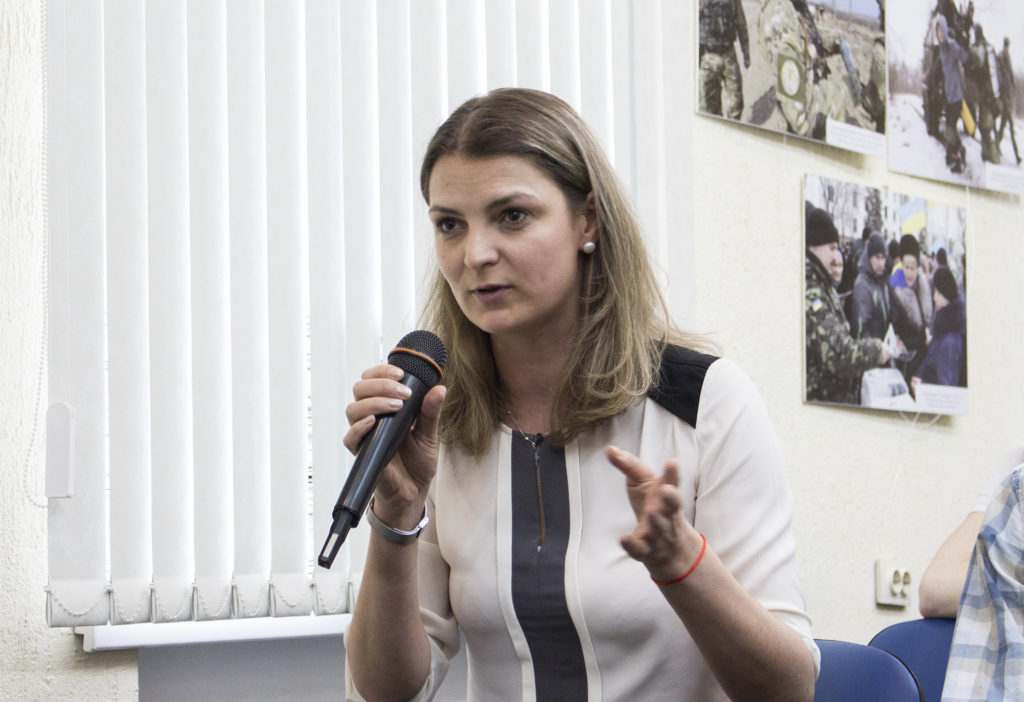 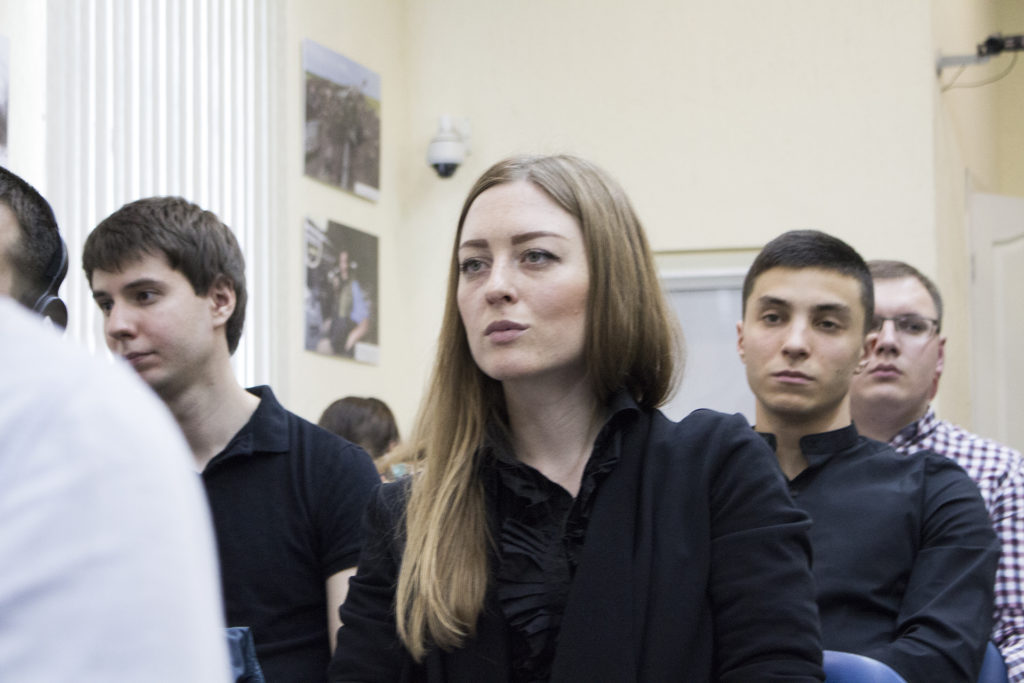 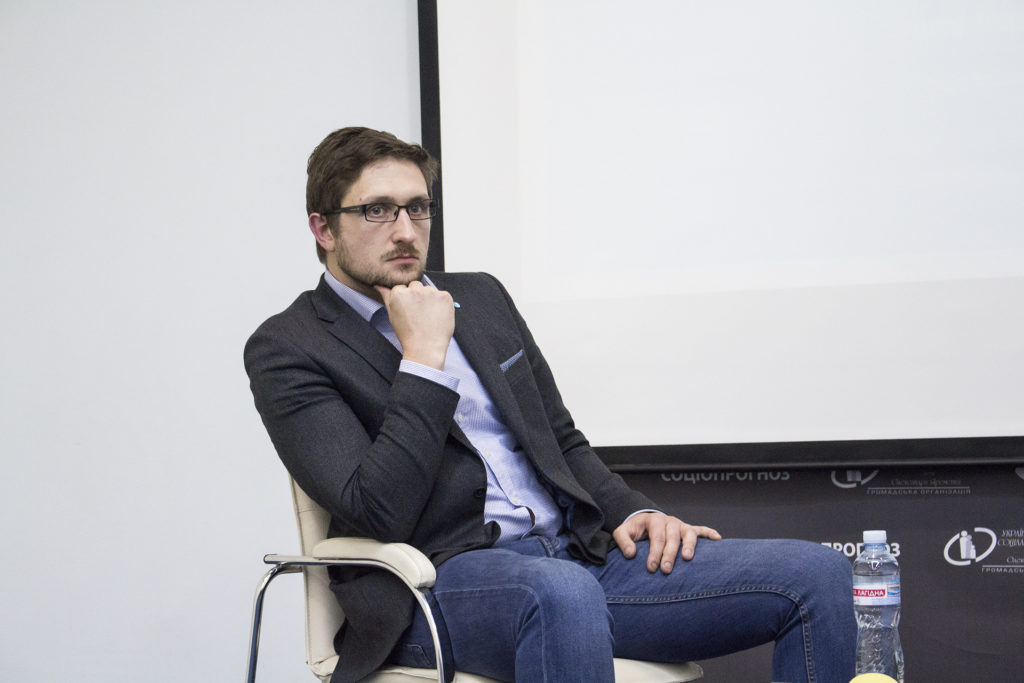 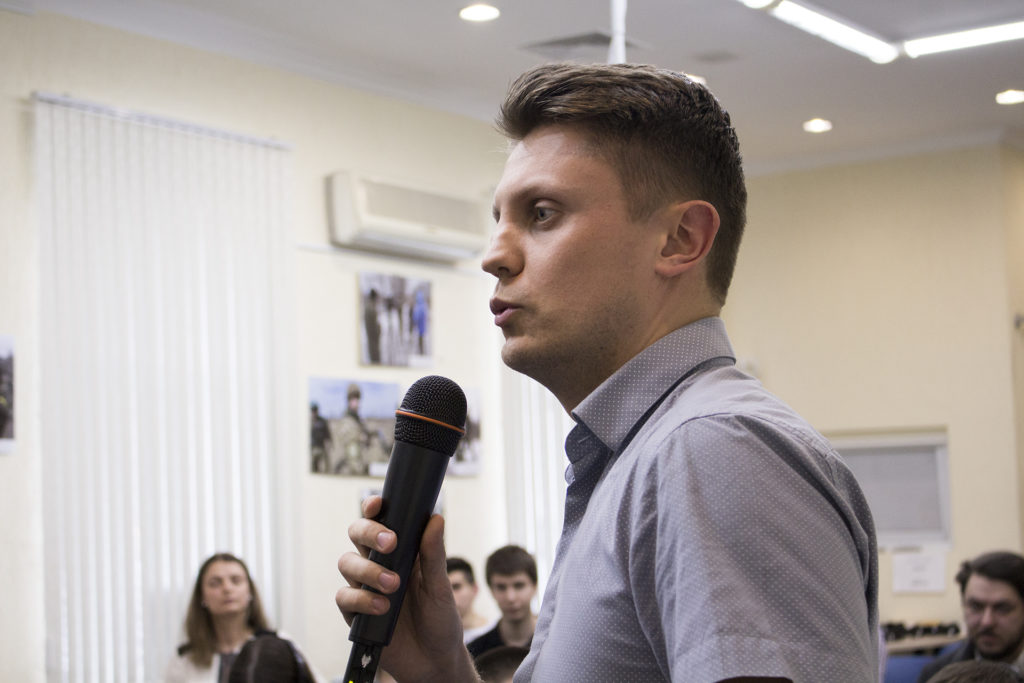 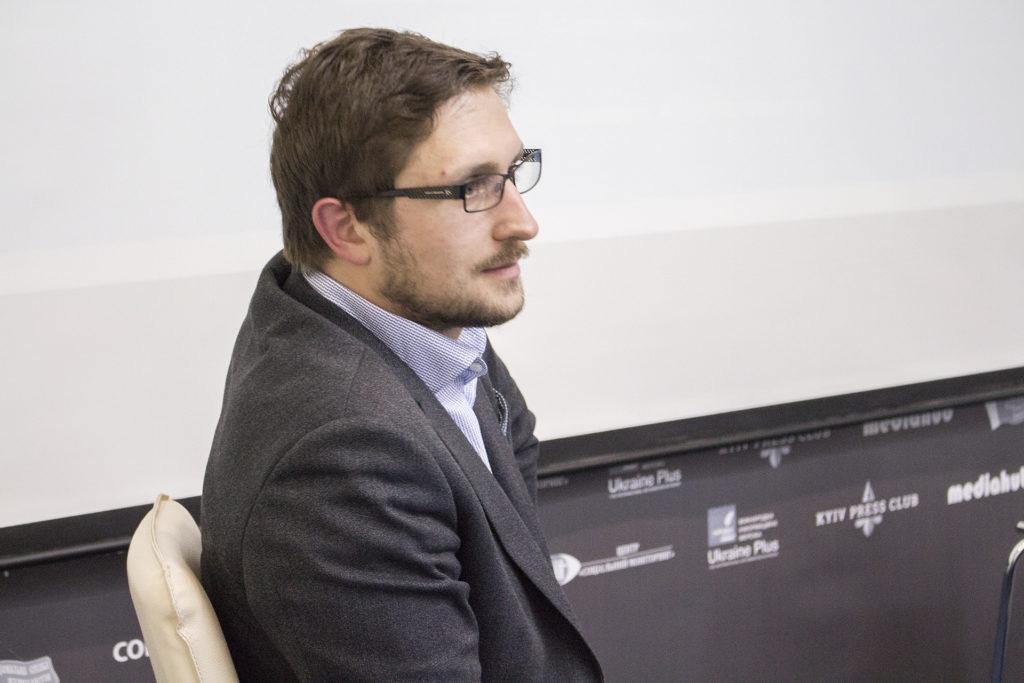 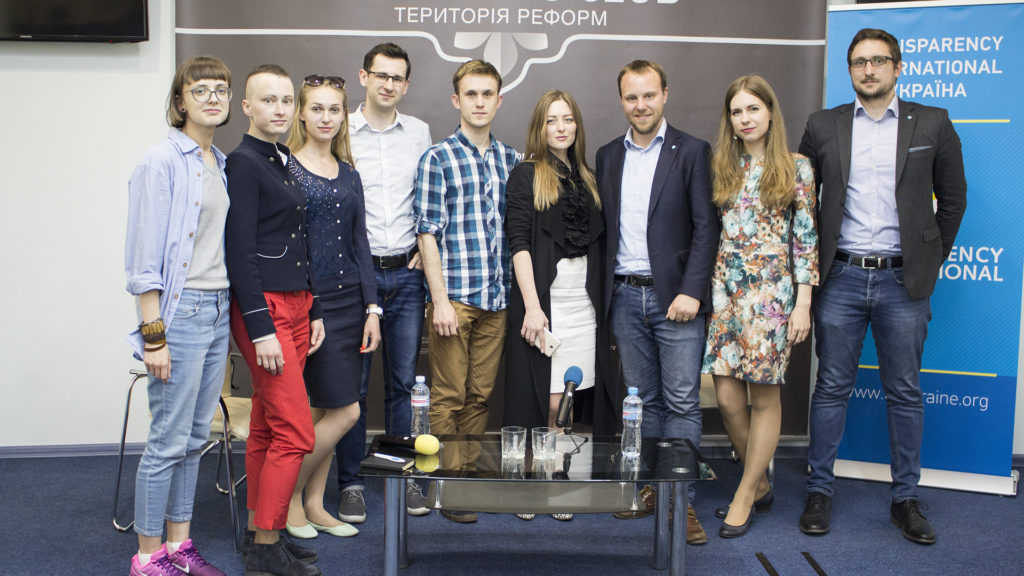