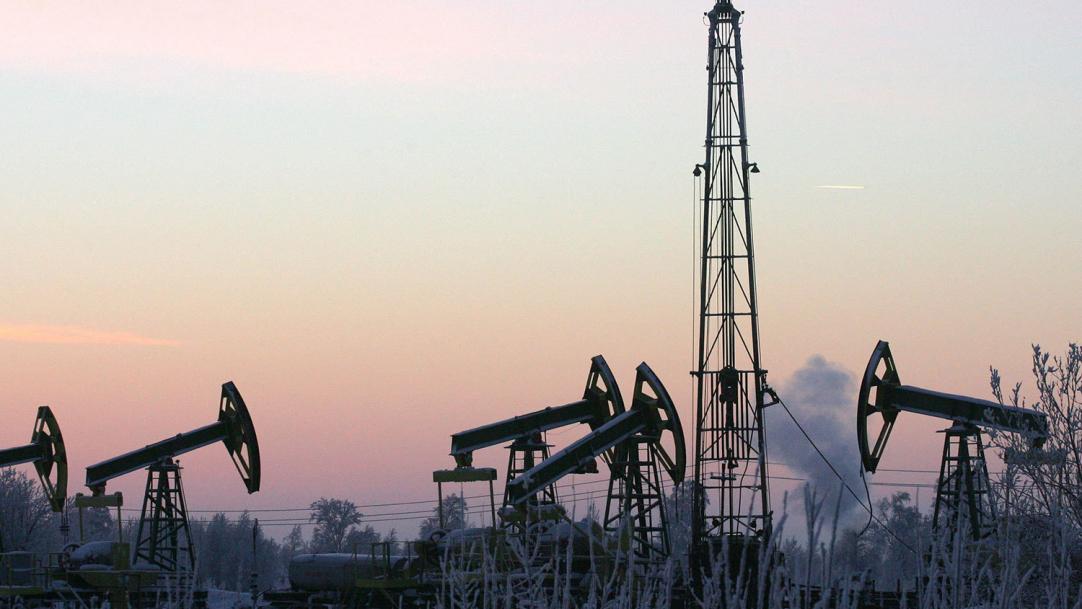 How russia is adapting to oil sanctions

What new ways of sales russia chooses, and how it avoids restrictions.

Russia is the main supplier of the fossil energy to the European Union. The russian share in European gas imports exceeded 40% for years, and only since the end of last year has it started to decline slightly. The value of russian oil is less — approximately 25%. However, for russia, the EU market is key — more than half of its oil export goes there. According to Eurostat, last year, the European Union imported EUR 71 bln worth of crude oil and oil products from russia and EUR 18 bln worth of gas. That is why the European decision plays a huge role in the effectiveness of economic pressure on russia. The EU, however, could not agree for almost a month on the russian oil embargo, which is a central element of the sixth package of sanctions. The longer the EU delayed the introduction of the oil embargo, the more time russia had to find new buyers.

It was only at the end of May, at an extraordinary summit, that the leaders of the European Union countries managed to reach a compromise. Sanctions were imposed on the oil transported by sea. The EU has so far allowed import of russian oil by the Druzhba pipeline. Its northern branch goes to Poland and Germany. However, these countries have unilaterally committed to refusing from russian oil. The southern branch of the Druzhba pipeline transports oil to Hungary, Slovakia, and the Czech Republic. It was Hungary that opposed the imposition of a total embargo on russia. The EU will also phase out russian oil — 6 months for crude oil and 8 months for other oil products.

Since the beginning of the full-scale russian invasion of Ukraine, the consumption of the russian oil has been reduced by many countries and companies. Thus, Australia, Canada, the United States, Japan, Britain, and Switzerland imposed a ban on its import. Two of the world’s largest oil traders, Vitol and Trafigura, are gradually reducing the volume of their procurement from Rosneft. Therefore, the aggressor country is ready to sell its energy carriers at very low prices. More and more russian oil is exported to Asia, in particular to India and China. This year, for the first time, the countries of Asia overtook Europe in terms of the volume of the resource purchased from russia.

Mainly, russia exports oil by sea. In April and May, russia sold 3-4 mln barrels of crude oil a day by sea. Most of it goes through the ports of the Baltic Sea — more than 40%. More than 20% falls on the ports of the Pacific Ocean, another 15% — the Black Sea.

According to the monitoring group of BlackSeaNews and the International Centre for Black Sea Studies, in April alone, the total volume of russian oil and oil products exported from russian ports in the Black and Azov Seas amounted to more than 10.9 mln tons. 182 vessels entered the ports of the Black and Azov Seas. 142 tankers (78%) departed from there to NATO and EU countries. The ports of Turkey received 56 ships (31% of the total); Greece comes second with 42 ships (23%). Among the shipowners of these tankers, the absolute leader is Greece, its companies own 69 vessels (37.9%). Another 64 (35%) are russian.

India and China are the biggest buyers of russian oil

State-owned Chinese companies Sinopec and Zhenhua plan to increase the volume of oil procurement of the ESPO brand. One of the routes of transportation of this variety is the Eastern Siberia—Pacific Ocean pipeline to the port of Kozmino, and from there by tankers to China. According to the analytical company Vortexa Ltd, in May, 20 out of 21 oil cargoes from the port of Kozmino were headed to China. Sinopec, Zhenhua and Livna are also increasing oil supplies from russian ports of the Baltic Sea. From there they transport the oil of the Urals brand. In particular, in May, Livna loaded at least two Urals cargoes from Baltic ports for delivery to China. Zhenhua purchased part of russian oil through Paramount Energy, a Swiss company that specializes in selling oil of russian and Kazakh producers. The exit of Western traders who do not want to supply russian oil stimulated the emergence of a new Chinese player in business — Shandong Port International Trade Group. The PRC government supports this trader. China also plans to replenish its strategic oil reserves with cheap oil from russia.

According to Kpler, russian oil inflows to India in May amounted to 740,000 barrels per day. In April, it was 284,000 barrels per day, a year earlier — 34,000 barrels. India intends to double russian oil import, taking advantage of the substantial discounts offered by rosneft. In April, russia offered India a mechanism of double payments: in dollars or euros for russian oil, in rupees and rubles — for the rest of the goods. The latter should be conducted through the System for Transfer of Financial Messages (SPFS) — russia’s alternative to SWIFT. India is trying to get bigger discounts on russian oil and wants to buy it at a price below USD 70 per barrel. Representatives of the Indian side noted at the negotiations with moscow that in this way India wants to compensate for the additional costs associated with the procurement of oil from russia against the background of the aggravation of the geopolitical situation and the increase in sanctions pressure. The new agreements, if concluded, will provide for additional volumes of supplies to those that India already purchases in russia under other agreements. According to Bloomberg, the country’s public and private refineries purchased more than 40 mln barrels of russian oil since the invasion of Ukraine in late February. This is 20% more than exports from russia to India for the whole of 2021.

New logistics and schemes for the export of russian oil

Sanctions force russia not only to look for new markets and ways to transport oil, but also for mechanisms to circumvent sanctions. Trade in russian oil remains mostly legal at the moment, as the EU embargo on the purchase of oil from russia, supplied by the sea, will only come into effect starting from 2023. However, banking and other financial sanctions are significantly complicating trade with russia’s energy resources. Most of the tanker operators listed on the exchange suspended the transportation of russian oil due to the high potential risks, instead their place was filled by independent European shipowners. Russian oil is mostly transported now by private tankers from Greece.  To circumvent the sanctions and make it difficult to track the further route of the resource, traders transship oil at sea from ship to ship (STS). Carriers also resort to unusual schemes of cargo movement logistics – look for new places of oil transshipment. This is usually done in protected waters where the risks of an oil spill are much lower: near the port of Scau in Denmark, in the western Mediterranean near the Spanish North African city of Ceuta, in the North Sea near Rotterdam. However, we have recently recorded the first case of russian oil transshipment in the high seas. On May 26-27, the tanker Zhen 1 (under the flag of Palau) transshipped a shipment of oil onto the large-capacity tanker Lauren II (under the flag of Panama) in waters 300 miles west of Madeira Island (Atlantic Ocean). According to Bloomberg, now the tanker Zhen 1 has returned to the Baltic Sea, where it is scheduled to load the next batch of oil in the port of Prymorsk, which is scheduled for mid-June. The Lauren II tanker is drifting in the middle of the Atlantic, perhaps waiting for another cargo to be transshipped. A vessel of this size is capable of accommodating up to three shipments, which tankers of the same class as Zhen 1 usually carry. This makes them a much more economical option for transporting oil over very long distances. According to the analytical company Vortexa, at the end of May, approximately 62 million barrels of Urals oil were in the sea.

Windward company says that tankers with russian oil and oil products are increasingly disappearing from radars. Their shadow activity increased by 600%. Disabling systems that transmit a tanker location signal is only allowed for safety reasons. However, Windward CEO Ami Daniel believes that russian vessels are hiding information to circumvent sanctions.

Another way to avoid restrictions on the sale of russian oil is the so-called blending. That is, a trader sells a barrel, in which a certain percentage of oil is produced in russia, and the rest is supplied from other sources. Such cargo is not technically of russian origin. Another option for blending is to manipulate the fact that the oil belongs precisely to russian producers. Russia has pipelines that supply not only russian, but also Kazakh oil. For example, the Caspian Pipeline Consortium (CPC) transports oil mainly from large deposits in western Kazakhstan and russia. Oil is supplied to the marine terminal of novorossiysk, where it is loaded on tankers for shipment to world markets. According to expert estimates, the volume of russian oil transported through the CPC reaches 20%. It is impossible to separate russian oil from Kazakh oil – CPC Blend is formed at the outlet of the pipeline for loading tankers.  CPC is an international oil transportation project involving russia, Kazakhstan, as well as the world’s leading companies. Russia directly controls 31% of CPC through PJSC “Transneft” Trustee and CPC Company, and another 12.5% through LUKOIL INTERNATIONAL GmbH.

There is no unity in the forecasts of economists and analysts on how the oil embargo from the EU will affect the further development of russia’s oil trade. Some believe that this ban will hit russia economy hard, while others believe that the consequences will be insignificant for the time being, in particular due to the global rise in oil prices.

Experts from EU countries are not very optimistic about this. In particular, Rolf Langhammer, trade expert at the German Institute for the World Economy, states that there will probably be no rapid change in russia’s policy in the war against Ukraine due to radical Western sanctions. And the national budget of russia and the structural features of the russian economy create conditions for a long-term existence based on the self-sufficiency of the military economy. The director of the Brussels think tank Bruegel, Guntram Wolf, believes that the embargo will reduce the oil revenues of russia only in the distant future. The economist draws attention to the fact that the very discussion about the oil embargo and the half-year transition period led some importers to buy oil in reserve, which further raises world prices, which are very likely to continue to rise. According to Vitalii Shapran, economist and consultant of the VRU Committee on Finance, Taxation and Customs Policy, only the price of USD 30-40 per barrel will have a significant impact on the economy of the aggressor country.

Instead, Yevhen Dubohryz, CASE Ukraine’s associate expert, noted that russia’s losses from the European embargo could reach USD 12-15 bln per year. This is approximately 5% of federal budget revenues. In general, this is a lot — about half of russia’s annual expenditures on the police, the rosgvardiya, and the courts. Mikhail Krutikhin, russian energy expert, partner of the consulting company RusEnergy shares optimistic forecasts for us. He predicts that oil revenues will fall by at least 20% due to the EU embargo.

In any case, sanctions should continue to be imposed. It is necessary to continue to close loopholes in sanctions and stimulate Asian countries to also impose restrictions on the energy carriers of russia.

News
Kostin is the new Prosecutor General. First task: to appoint the SAPO head
anticorruption_infrastructure
war
News
No One to Choose: Outcome of Interviews for the ARMA Head
arma
war
Statements
We support the idea of allowing the Cabinet of Ministers to regulate procurement during the war
ProZorro
war
News
Prosecutor General’s Office should be headed by full-fledged apolitical leader as soon as possible
war