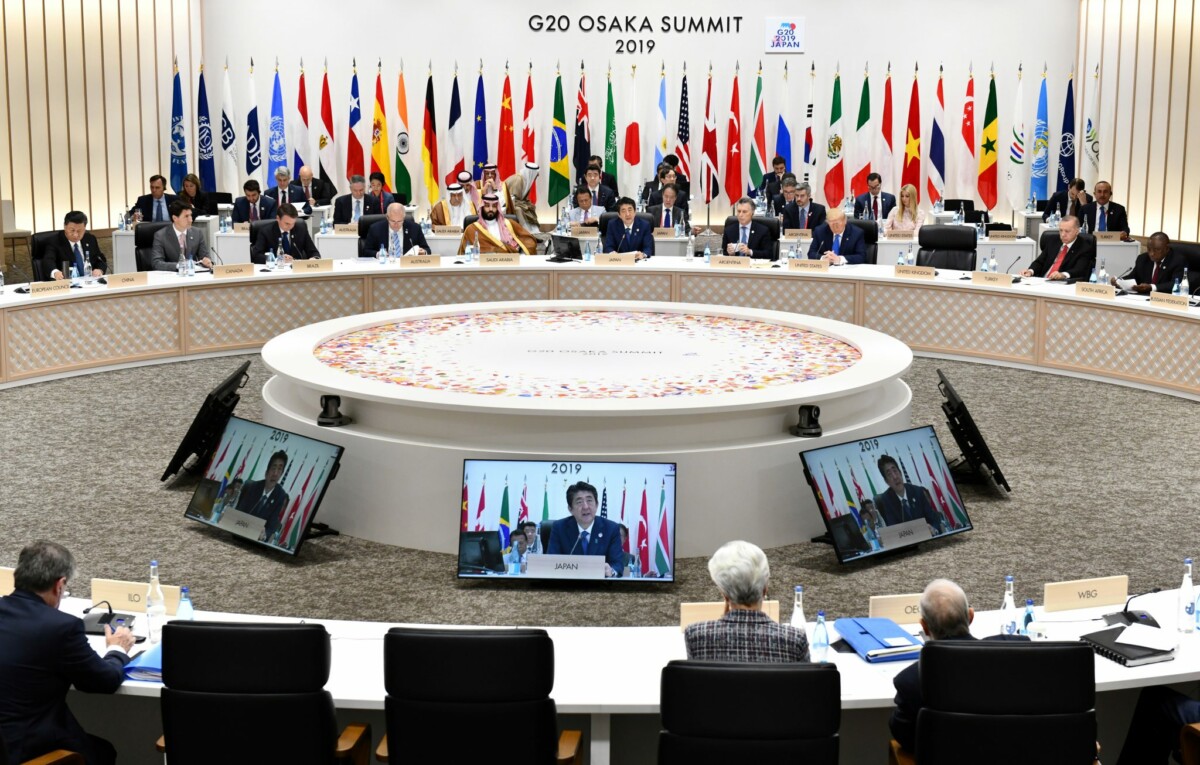 Why It Is Important for Ukraine to Be at G20 summit

Following calls from the group’s members, the Indonesian president invited Ukraine to the G20 summit in November.

The next G20 summit will take place in Indonesia in November this year. Volodymyr Zelenskyy has also been invited, which he shared on Twitter after a conversation with Indonesian President Joko Vidodo. Earlier, the US and its allies urged G20 to invite Ukraine to the summit.

The G20 currently unites 19 countries of the world and the EU. These are the world’s largest economies — they account for 80% of the global GDP and 75% of the international trade. Meetings of these states become a dialogue platform for resolving global economic issues, a place where countries come to joint action. Each year, they reconcile the communiqué with their commitments and vision for the future. However, as the group includes countries such as China and Russia, it is difficult to promote challenges that do not interest them, such as human rights violations. And in this context, Ukraine’s invitation to the summit raises the issue of the war to a completely different level.

It is very important when 40 defense ministers of our partner countries meet in Europe to coordinate their assistance to Ukraine. At the same time, it is no less important that we are invited to a large international platform for the world’s largest economies, which includes still neutral or pro-Russian states such as Argentina, Brazil, India, Indonesia, China, Mexico, South Africa and Saudi Arabia.

For us, this is a chance to raise the issue of Russia’s aggression not in terms of relations between the two countries, but in the context of general global security and the integrity of state borders. The world could use this reminder. Ukrainians are defending not only their country, but also democratic values and the whole of Europe — and the world, too.

Ultimately, Russia’s war affects the well-being of other countries: The World Bank reported it has caused the biggest commodity shock in the past fifty years. Failure of the sowing campaign threatens a food catastrophe — Kyiv School of Economics has estimated that 400 million people on the planet currently depend on Ukrainian crops. And even if there are enough crops for sale in Ukraine, there is another problem — disruptions in the logistics. David Beasley, executive director of the United Nations World Food Program, said the blockade of Ukraine’s southern ports in the Black Sea could provoke famine. Therefore, it is an opportunity to call on the world to react and prevent attempts to change national borders.

The question remains whether it is enough to simply invite Ukraine to the summit. According to Reuters, G20 member states have already begun discussing Russia’s exclusion from the group. In early April, US Treasury Secretary Janet Yellen expressed this intention. She also warned that the United States would boycott a “series of meetings” in the G20 format if Russian representatives were there. Australian Prime Minister Scott Morrison has said that sitting at the same table with Putin is too much. Canadian Prime Minister Justin Trudeau has also called for reconsideration of Russia’s participation in the summit.

China opposed Russia’s expulsion from the G20, with a spokesman for the Chinese foreign minister calling it an “important member of the group.” He also said that “the G20 should introduce a true multi-vector approach, strengthen unity and cooperation.” The situation is complicated by the fact that the mechanism of excluding the country from the group does not yet exist, unless Russia wants to leave on its own. However, after the annexation of Crimea, the G8 became the G7, so it is possible that in time we will see the G19.

Volodymyr Zelenskyy has already spoken in front of many parliaments and governments. However, war is the time when you cannot address the world too much. We do not know how events will unfold and what will happen in November, but we must definitely not let the world get used to the war, get tired of it or forget it. We will continue to need the support of other countries, so the G20 summit is an opportunity to remind the biggest players in the international arena of their role in the fight against Russian evil.

It is impossible to say with certainty whether Ukraine will be able to join this event, even despite the invitation received. On April 29, the Indonesian president announced that Putin had also accepted an invitation to the summit. It is still unknown whether he will attend in person and, if yes, how the other members of the group will respond.

However, we are determined to continue to unite the world against the terrorist country. Only together can we stop the tyrant and form a fair world order.