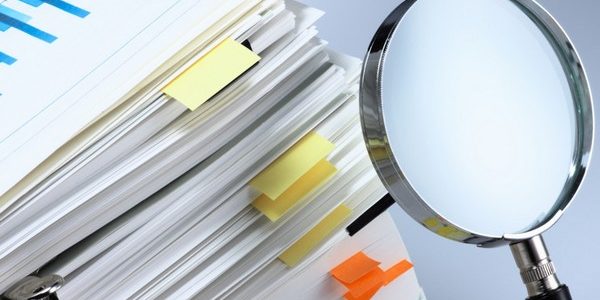 In the case on Maidan-related crimes, the so-called suspicions were issued concerning certain judges, including head of Kyiv Administrative Court Vovk and his deputy Ablov. Today, the NABU and the SAPO have started searches on the premises. The Court judges are involved in the investigation on illegal decisions during the Revolution of Dignity. Moreover, there is information on corruption-related crimes, other illegal decision-making and pressure on the HQCJ. This information was shared by the working group at a briefing  (http://bit.ly/nabuoask). The draft suspicion documents will be sent to the Prosecutor General’s Office.

The working group consisting of SBU, NABU and PGO representatives, recorded that what may be behind these socially important decisions is actually systemic interference with activity of courts and other government agencies. According to Serhii Horbatiuk, this is a potential threat to the national security. It is about thousands of hours of conversations, dozens of meetings and agreements about potential pressure on government authorities.

Here is some brief information on the suspicions to Kyiv Administrative Court judges, especially Vovk, who was identified as politically dependent and unscrupulous by the Public Integrity Council back during the 2017 Supreme Court competition.

✓ Pavlo Vovk may have created obstacles for HQCJ members to avoid the qualification assessment. Among other things, Kyiv Administrative Court prohibited Head of HQCJ Serhii Koziakov to perform his duties allegedly because his term of office was over. After this, allegedly with Vovk’s help, new members affiliated with him appeared in the HQCJ.

✓ Kyiv Administrative Court judge Fedorchuk disagreed with Vovk on Koziakov’s case. On the recording, judges Ablov and Vovk allegedly pressure Fedorchuk, insist that he issue the “correct” verdict, hint about the lack of “team spirit” in his decisions and organize complaints about him.

✓ The investigation established that head of Kyiv Administrative Court had unauthorized access to SBU information concerning wiretapping of his phone conversations. This led to leaks of secret data and undermined investigations.

✓ Vovk may have contributed to the State Investigation Bureau pressuring and threatening a HQCJ member during interrogation.

✓ Vovk may have allegedly dictated the resolution part of the verdict of an Odesa Suvorovskyi District Court judge.

✓ The investigation has recorded potential influence on decisions in various other cases.

✓ Among other things, the investigation speaks about possible confirmation of influence of a Yanukovych-time official on the judicial power and instructions to appoint controlled individuals.

During the past years, Kyiv Administrative Court has become a leader in the number of controversial decisions. Among other things, the court has prohibited to appoint the members of the High Council of Justice on the presidential quota, blocked Ulana Suprun’s work, recognized PrivatBank nationalization illegal and the procurement procedure of “Avakov’s backpacks” legal, created obstacles for competition for the head of customs.

The court itself calls today’s events illegal interference with the court’s work and an attempt to discredit judges. According to them, the searches continued for over six hours, and judges were unable to go to see journalists at a briefing because the premises were blocked.

Administrative Court judges are involved in the investigation on illegal decisions during the Revolution of Dignity. Moreover, there is information on corruption-related crimes, other illegal decision-making and pressure on the HQCJ.