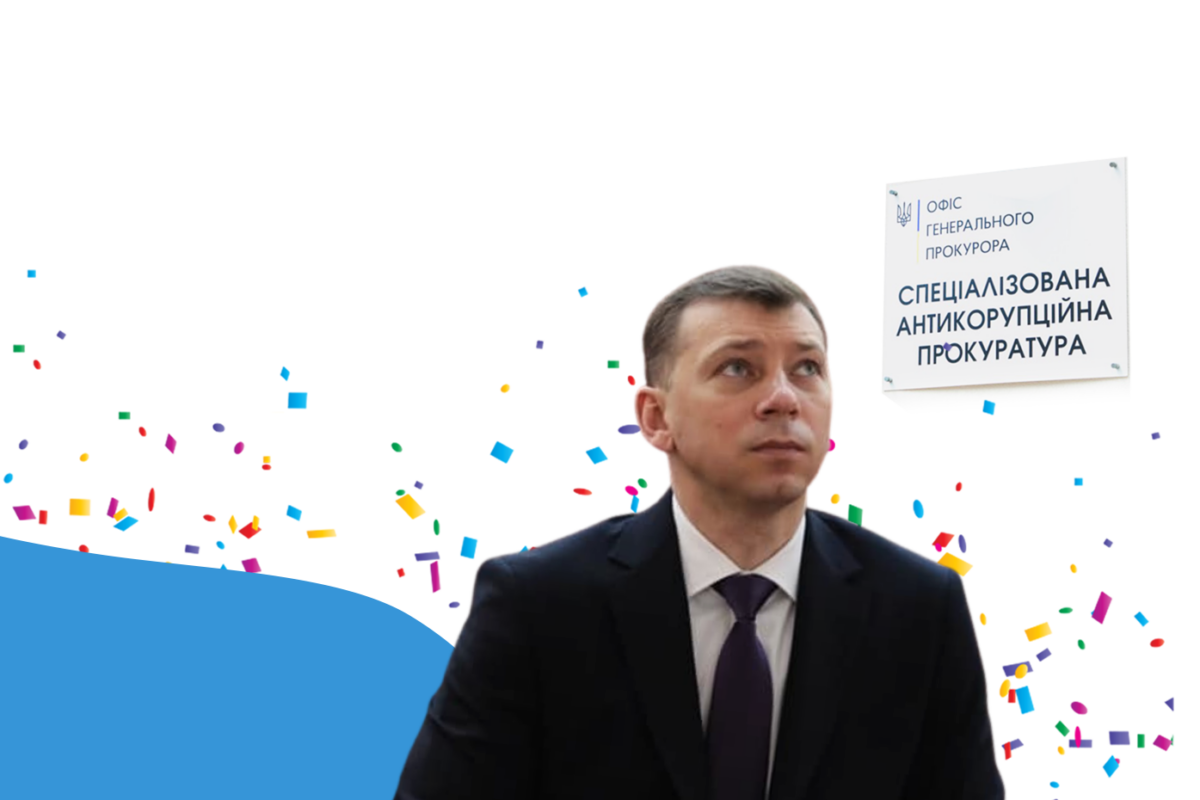 Detective Klymenko wins SAPO competition: the commission has approved the winner, but there are nuances

On July 19, the commission for the selection of the head of the Specialized Anti-Corruption Prosecutor’s Office approved the overall rating and voted to submit this decision to the Prosecutor General.

Oleksandr Klymenko, NABU Senior Detective, has become the actual winner, and Andrii Syniuk, Prosecutor of the Prosecutor General’s Office, has become his deputy. This was known as early as December 21, 2021, but the commission could not approve its own points. One of the obstacles was the decision of the KAC to cancel the procedure of the commission’s work. However, there is still no decision of the appellate instance.

If the finalists meet the requirements of the law “On Purification of Power” and “On Prevention of Corruption” and receive admission to state secrets confirmed by the Prosecutor General’s Office, the chair of the commission will refer a submission to the Prosecutor General for the appointment of these candidates. Unfortunately, the PGO may delay the response and this will lead to a delay in appointing the winners of the competition.

The sabotage of the competition lasted from the first meeting and reached its climax at the stage of announcement of the final results. The President has repeatedly promised the International Monetary Fund, US President Joe Biden, and other partners to elect the SAPO head. But these obligations have not been fulfilled.

In June, Ukraine received the status of a candidate in the EU. One of the requirements of the European Commission to start negotiations on accession to the European Union was the completion of the SAPO competition.

“The challenge that the SAPO head will definitely face is external influence. It depends on the work of the institution whether a corrupt official receives a conviction or is acquitted. The SAPO tried to work adequately with the acting head for two years, but the Prosecutor General’s Office repeatedly intervened in cases (for example, those of Tatarov or Yurchenko). The election of the head is necessary for the effective and independent work of the entire anti-corruption ecosystem,” explains Andrii Borovyk, Executive Director of TI Ukraine.

Oleksandr Klymenko is a senior detective of the NABU, has more than 10 years of professional experience, half of which he worked at the NABU, where he participated in investigations of cases against Oleh Tatarov, Roman Nasirov, Oleksandr Onyshchenko, Oleh Hladkovskyi, and others.

Among the powers of the chief anti-corruption prosecutor (except for the management of the institution) are the appointment and change of prosecutors in cases, serving high-ranking corrupt officials with charges, responsibility for preserving the secrecy of the pre-trial investigation, communication with the NABU and the Prosecutor General’s Office, etc. His decisions will directly affect the dynamics of high-profile corruption investigations.

Let us remind you that in addition to the head and deputy head of the SAPO, the members of the commission selected the head of the fifth department. Serhii Savytskyi, the prosecutor of the Sarny local prosecutor’s office who scored 240 points, has become the head.

The Prosecutor General’s Office may delay the response and this will lead to a delay in appointing the winners of the competition.