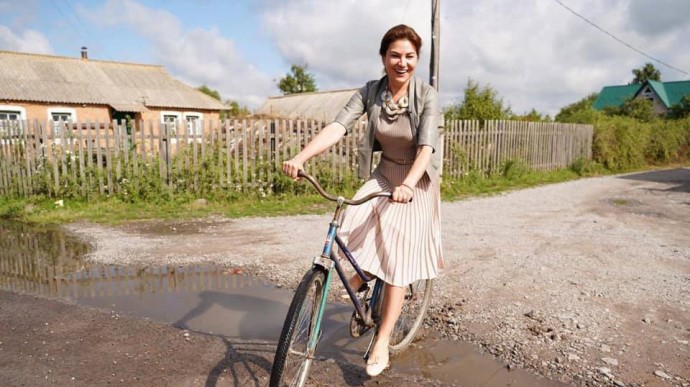 Who Is “Burying” Tatarov’s Case? Timeline

On November 30, 2020, at 11:42 pm, Prosecutor General Iryna Venediktova secretly replaced prosecutors in the case of Oleh Tatarov and disrupted the process of his being served with charges. This gave rise to a complex history of the anti-corruption investigation, and we still feel the consequences of this act.

Yermak’s deputy was suspected of bribing Interior Ministry expert Kostiantyn Dubonos. For a fictitious examination, Tatarov had to give Dubonos a bribe of UAH 250,000 in the form of a parking space in the Aristokrat residential complex. The documents should confirm the legality of fraud with apartments for the National Guard and conceal the damage of UAH 81.6 mln.

On December 18, the NABU and SAPO did serve Tatarov with charges, but then Serhii Vovk from the Pechersk District Court and Venediktova’s deputy Oleksii Symonenko did everything in their power to take this case from the NABU and transfer it to the SBU.

On February 8, the Prosecutor General’s Office responded to the NABU’s request to transfer Tatarov’s case.

The Office stated that the pre-trial investigation had to be carried out by the SBU, not the NABU, and the jurisdiction in the case had already been established to implement the decision of the Pechersk District Court.

Moreover, Venediktova’s Office accuses the NABU of the fact that, despite determining the jurisdiction over the case as belonging to the SBU, NABU employees continue to “refuse to send case files to both the prosecutor and the pre-trial investigation body.”

At the same time, the fact that the HACC Appeals Chamber invalidated the decision of the Pechersk Court, which was used to transfer Tatarov’s case from the NABU, is not mentioned in the letter from the PGO, as if there was no such decision. The data from the cases against Maksym Mykytas and Oleh Tatarov were in the NABU, which, according to the law, has this case under investigation. However, the Bureau cannot continue its investigation, despite the legality of such actions. And all because the Prosecutor General’s Office considers this case to be under investigation by the Security Service, and the decisions of the HACC to be less important than the decisions of the Pechersk District Court.

Now, the proceeding is gathering dust in the SBU, and Oleh Tatarov continues to oversee the law enforcement direction. Even more, according to journalists, from October 2021, under the new order he also directs the sphere of criminal justice.

How did the case against Oleh Tatarov come to such a stalemate? We have compiled a detailed timeline of everything that happened in this case to get an answer to this question: http://bit.ly/Tatarov_timeline

Now, the proceeding is gathering dust in the SBU, and Oleh Tatarov continues to oversee the law enforcement direction.