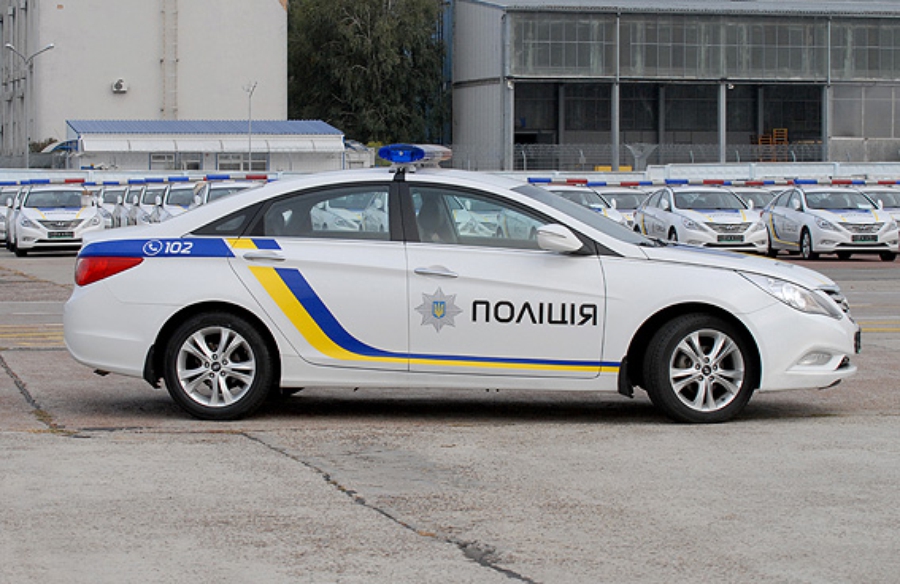 Four years ago, the National Police reform started with a lot of excitement. Selfies with police officers were trendy, complete with the hashtag #mynewpolice, newly appointed officers would take their oath on the central square of their city, and the credibility of the new institution made a giant leap. On the National Police Day, let’s remember how it all started, why we are still far from our happily ever after, what we can be proud of a little bit and what we are still ashamed of.

+ If you do something wrong, you can’t just hide it. If a police officer stops a driver, for instance, and tries to pull off something illegal, it will hardly stay secret. Thousands of people will find out on Facebook, hundreds of comments will pile up under the YouTube video, and the media will eventually write about this. Moreover, police officers have automatic recording activated.

– However, silencing and stalling are still widespread. Well-known examples include the passiveness of law enforcement officers in investigation of attacks and murders of activists, including Kateryna Handziuk, which will definitely restrict Ukraine’s growth in Corruption Perceptions Index. On the one hand, such “Soviet plagues” as torture and cruel treatment still exist, on the other hand, there is the need to show better figures. Speaking about the shortcomings in the work of the police, 39.3% of Ukrainians speak about unprofessional attitude (2018 research by Kharkiv Human Rights Protection Group).

+ The patrol police was launched. This truly set in motion the end of systematic corruption in the State Automobile Inspection and engaged new people in the force.

– Unfortunately, bribe-taking officers did not quite disappear from our newsfeeds. Corruption is the second shortcoming in the work of the National Police, according to the same survey (36.8%).

Furthermore, “old” workforce still prevails. As of 2018, there were 132,000 police officers total, and only 18,000 of those were the new ones, who started their service in 2015. Moreover, police officers tend to resign. In 2018, three years after the reform, one in seven officers has left the job. Officials say this is because of significant workload and low wages.

+ After the Revolution of Dignity, Ukraine is trying to adopt best international practices of professional improvement, including in the reform of the National Police. For instance, re-assessment of police officers has started. During all this time, about 4,700 people were fired because of “inaptitude to the position held; cannot work in the police.”

– And the bad news. Out of those, 3,100 have gotten their jobs back. Recall that one of the police officers implicated in the murder of a child was precisely among those who were fired in 2015 and later got their job back in court. There is still no comprehensive and effective system of assessment of the National Police.

On the other hand, newcomers recruited so quickly at the beginning of the reform often lacked practical experience and thus were less efficient. That is one of the reasons why we have been hearing so much about deterioration of the traffic situation and an increase in the number of road accident victims. We still have development of a comprehensive training program for police officers ahead of us.

+ The equipment available to the National Police is getting better; the surveillance system is growing and even more services will be procured in the future. Thus, efficiency is supposed to increase.

– However, since the beginning of the reform, there have been issues with procurement. Recall how the DOZORRO team talked about the illegal procedure of Mitsubishi Outlander procurement for the National Police.

As you can see, the reform of the National Police is not complete yet. The reasons include the lack of political will of the high-ranking officials, which leads to stalling of reform processes and the lack of systemic changes. It is important to launch a full reassessment of police officers and to replace the management of the Interior Ministry. Perhaps, we will find somebody who will help to bring the reform to its logical, happy conclusion.