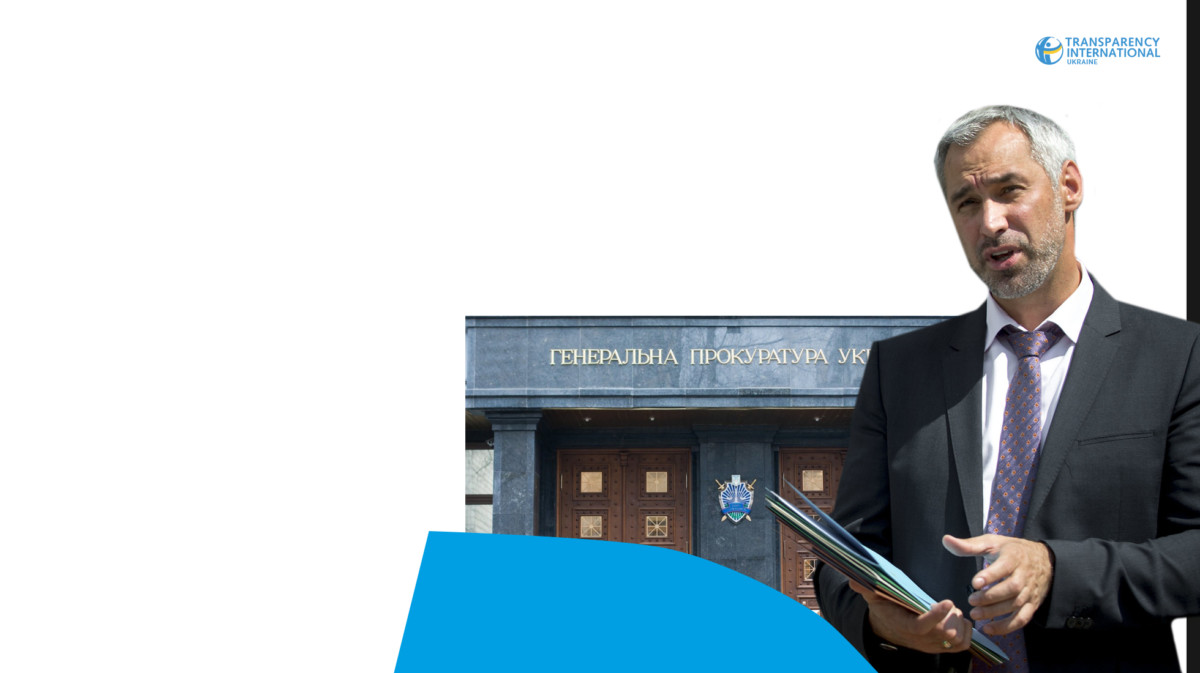 Speaking in the Parliament before the vote, Ruslan Riaboshapka highlighted three priorities he would have as the Prosecutor General.

According to Riaboshapka, the draft law will enable a comprehensive reform of the criminal justice system and “the prosecution as a central agency of this entire system.”

Ruslan Riaboshapka made a rather vague comment that “agencies of prosecutorial self-government, namely QDCP and Prosecutor Council, are important elements for prosecutors’ independence. But they can halt the reboot of the prosecution.”

At the same time, the new Prosecutor General did not say anything specific about the future of the compromised head of the SAPO Nazar Kholodnytskyi. (“After my appointment, I will respond to this shortly.”)

As a reminder, Transparency International Ukraine has presented its list of priorities for the new parliament. They include systemic changes in the Specialized Anti-Corruption Prosecutor’s Office, amendments to the Criminal Code and the Criminal Procedural Code (“Lozovyi’s amendments, restoring the liability for illicit enrichment), a real reboot of the judiciary.

– Professional assessment of prosecutors;
– Creation of professional review commissions with transparent, clear assessment criteria;
– Access for professional candidates from beyond the prosecution system.