TI Chair, Jose Ugaz: Too Much Impunity in Ukraine 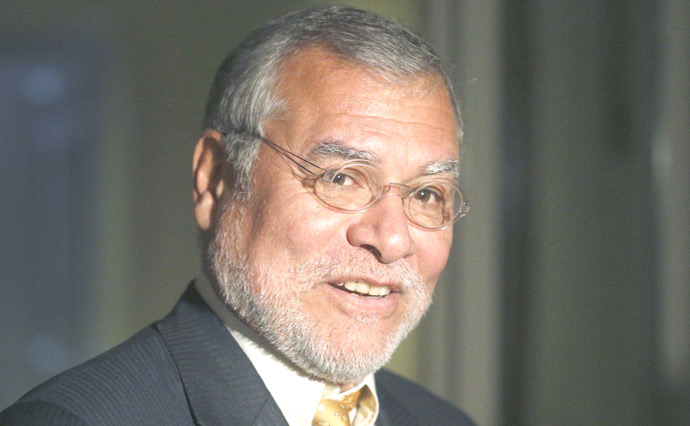 In the semicircular hipster-style glasses, tan skinned, no papers and no advisors, the expert in the giant fish catching, the chair of Transparency International, thrashed the Ukrainian anti-corruption agencies. Jose Carlos Ugaz Sanchez was appointed the Prosecutor General a year and a half ago and jailed a hundred of high-ranking corrupt officials including the president of Peru Alberto Fujimori. By the way, the president Fujimori was a person appointed Jose Ugaz the Prosecutor General.

The year has passed since the first and the only meeting between the chair of Transparency International, the President of Ukraine Petro Poroshenko and the Prosecutor General, Yurii Lutsenko. Taking into account the period mentioned above, it is difficult to evaluate the causes of anti-corruption stagnation of the new government.

The Prosecutor General of Ukraine personally responded to accusations of delaying the case against Viktor Yanukovych and his counterparts.

Flooded with thoughts about the Prosecutor General Office, disruption of failed e-declaration and anti-corruption policies in Ukrainian, the chair of Transparency International Jose Ugaz shared with journalists of Ukrayinska Pravda (UP) some of his ideas at the hall of “Presidential Hotel” at about 9:30 PM.

– You stated publicly that it was a great surprise for you when you know about the fact that there is any trial or legal investigation against the former president Yanukovych. What price can Ukraine, as a state, pay for the inadequate performance in the heated anti-corruption investigation?

There is another bizarre case, which demonstrates mere nonfeasance of the Ukrainian public figures, but also reveals their stance on proactive prevention of returning these $23 mln from the UK back to Ukraine.
– Obviously, this also signals the lack of political will to fight against corruption. The current establishment came into power in the wake of the Revolution of Dignity. This government has sufficient grounds to encourage advances in professional investigation of high-level corruption. However, we, as journalists, remark the exact opposite.
– It is hard to figure out, why there are still no results. NABU is doing its utmost for its part.
But it is odd indeed, when the institution whose task is pushing the anti-corruption process forward, suddenly stumbles upon a bill which limits NABU’s capacities in cases that are under investigation of other agencies.
It’s a trap! If you can manipulate other institutions and are able to open and close a fake proceeding – this way you are literally putting handcuffs on NABU, and it leaves no chance for organising a serious investigation.
This bill should have never been supported by the Parliament.

We got a problem when one does not have practice in the legal field and, in addition, one obviously does not have a team that could provide anti-corruption investigations with enough energy, leadership and proactive stance.
– By the findings of the Radio Svoboda investigative reporters, the Office of Prosecutor General is occasionally visited by some MPs in the middle of the night. Yuriy Lutsenko has long run a faction of the current President, Petro Poroshenko’s Block. In what way might the political concerns of the head of this party influence the work of the Prosecutor General?
– Political influence has always been a problem. Anticorruption and criminal investigations should remain independent. I heard that some MPs are trying to put pressure on official investigators to shut the investigation down and release the people who are involved in it. But I have no specific information from NABU concerning these cases.
– How would you compare the current situation in Ukraine to the one that used to be in Peru when you were running the Prosecutor General’s Office?
– The biggest difference lies in the fact that we received a result in a very short period. We began our investigation in the first week of November and by the second week of December we already had our first custody of a top public official who at that time had a status of political immunity.
After this arrest, we launched 250 criminal cases against 500 people. In the course of half a year, we put 150 of in custody. At that time, we have already returned $75 mln from abroad. We had very specific results in a short period. This is why it came to me as a big surprise that after 3 years of work, Ukraine still has no tangible results.