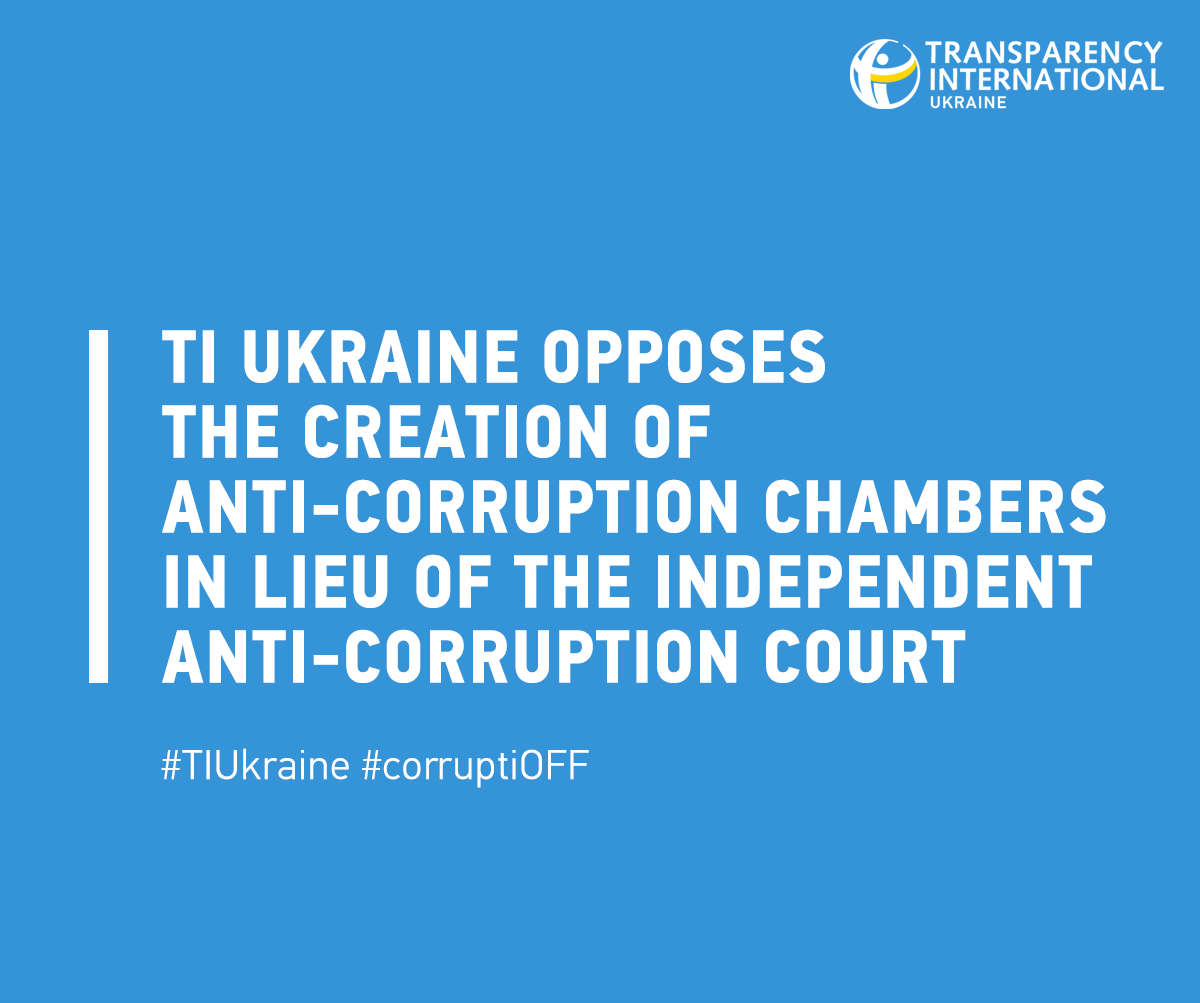 Today, the President of the European Commission, Jean–Claude Juncker, said that he agrees “to create anti-corruption chamber as a part of the Supreme Court”, and the Commission has already informed President Poroshenko that ” we created an interim solution to the problem.”

TI Ukraine is really surprised by the statement of Jean-Claude Juncker. The organization is certain that the Ukrainian authorities misled the European partners by convincing them that the creation of anti-corruption chambers instead of independent judicial institutions is a quick and effective solution to the problem of judicial system in Ukraine.

“Chambers in existing courts will be dependent and subject to the external control. They will not only fail to guarantee fair punishment in corruption cases, but will also become effective instruments in the hands of bribe-takers. It is expected that the chambers will be formed, actually, by judges currently delaying and obstructing legal cases submitted by the National Anti-Corruption Bureau (NABU) and the Specialized Anti-Corruption Prosecutor’s Office (SAP),” explained the executive director of TI Ukraine Yaroslav Yurchyshyn.

In addition, Ukraine has already developed a strong legal framework for the independent anti-corruption judicial system.Namely, the updated law “On the Judiciary and the Status of Judges” already envisages the launch of the High Anti-Corruption Court of Ukraine. Therefore, the law that has already been adopted should be implemented instead of finding ways to avoid it.

The key elements of the anti-corruption judicial system should be:

Transparency International Ukraine calls on the Ukrainian authorities to stop playing an intricate game with the European partners and to focus on the launch of the anti-corruption court, as stipulated by law, taking into account the proposedkey elements. Also, the organization urges the European partners to be consistent in their demands and not to make any concessions. After all, the consequences of such actions would not be the expected reforms but imitation and imitation only.

Transparency International Ukraine is a national chapter of Transparency International, an anti-corruption NGO with over 90 national chapters; which operates in more than 100 countries. TI Ukraine’s mission is to limit the increase of corruption in Ukraine by promoting transparency, accountability, and integrity in both the public authorities and civil society. You can learn more about the organization’s activity on the website www.ti-ukraine.org