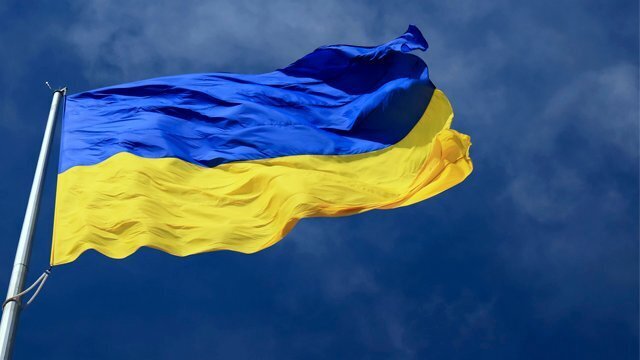 100 days of anti-corruption during the war

On February 24, we opened the door and took a step into a new life: some of us felt numb, others, on the contrary, adjusted to war reality quickly. The previous difficult experience of revolutions and wars was of advantage. Some businesses have been forced to reorganize or shut down enterprises, people migrate and emigrate, while state institutions set up activities in new circumstances.

In peacetime, NABU detectives and SAPO prosecutors exposed violators of the law and conducted pre-trial investigations of their cases. Since the beginning of the war, they have continued to do so. The NABU and the SAPO detained, and have already completed the investigation regarding, the director of TOV Trade House Kyivgazenergo Yakymashchenko, a person involved in the “Onyshchenko gas case.” Moreover, anti-corruption detectives and prosecutors have detained a person involved in the case of the South-Ukraine NPP, who was on the international wanted list.

In the 100 days of the war, detectives and prosecutors referred several high-profile proceedings to the court: on super bribe of USD 5 mln; on Ukrzaliznytsia; regarding the brother of Pavlo Vovk, the KAC head; the bribery of the ex-director of the SBI, Roman Truba, and others.

The Anti-Corruption Court passed seven verdicts against 9 persons from February 24 to June 3, three of them on the basis of agreements. However, it seems that the overall pace of case handling has reasonably slowed down.

In the face of constant missile threats, it is impossible to guarantee safe justice to all participants in the trial. Because of this, some hearings are held online and others are rescheduled. The process also slowed down by the fact that sometimes suspects do not get in touch, or one of the parties fights at the front. Despite this, the HACC carries out justice and constantly reports on its work on the site. As of May 27, investigating judges processed 516 procedural documents, including a motion on the change in the interim measure, complaint, etc.

The Anti-Corruption Court also transfers money deposited as bail to the needs of the Armed Forces of Ukraine. During this time, thanks to the initiatives of prosecutors, pledgers, and persons involved, it was possible to transfer more than UAH 447 mln to the army in this way. One of the largest contributions to this amount is the USD 6 million of a super bribe, from which the HACC lifted the arrest and referred to the needs of the Armed Forces.

The ARMA continues to carry out its main function and searches for the assets of criminals. It was the Agency that “hunted down” Medvedchuk’s yacht, which is now under its management. The ARMA can also receive property for management (paintings, antiques, watches, gold coins, etc.), which law enforcement officers seized from the estate of the ex-head of OPFL searches.

Assets are transferred to the Agency in criminal cases related to the war. Russian aircraft and railway cars, as well as Belarusian trucks, have already been taken over by the ARMA.

The ARMA is gradually resuming its direct responsibilities. In early May, the Agency resumed the sale of the seized property through the SETAM electronic bidding system, but not all lots were sold. Although, let us remind you that a more transparent and competitive sales process can be carried out in the Prozorro.Sale system.

Whereas the NACP left only some of the core functions active — for example, providing clarifications, preventing corruption, and identifying corruption risks in the legislation.

Anti-corruption detectives and prosecutors help the Prosecutor General’s Office to collect evidence of the war crimes of the occupiers — they record information from victims and eyewitnesses. Moreover, employees of the NABU Special Operations Department who have the skills of deminers, together with colleagues from the Security Service of Ukraine, conducted demining of the park of Horkyi and Sarzhyn Yar parks in Kharkiv. Analysts and lawyers of the Bureau in the joint Ukrainian Task Force are looking for the assets of sanctioned civil servants, oligarchs, and other officials abroad.

The Task Force involves not only the NABU, but also the NACP and the ARMA. The National Agency, together with others, launched a portal where everyone can report on the property of russians involved in the war. The Asset Recovery and Management Agency participates in meetings between the Ukrainian Task Force and the European Commission Task Force on the freezing and confiscation of assets. Such cooperation is important for the exchange of data on the property of russian citizens.

In general, the National Agency focused most of its non-core work on sanctions policy. To this end, the NACP, together with the Ministry of Foreign Affairs, created a portal “War and Sanctions,” where you can find out who has already been sanctioned, which countries are delaying the process, and call for restrictions on specific people or companies. The NACP identified more than 12,000 individuals and 3,000 legal entities involved in the aggression against Ukraine to be sanctioned in Ukraine as of May 25.

The NACP has also undergone personnel changes. Head of the Agency Oleksandr Novikov appointed Artem Sytnyk as his deputy director of the NABU. While it is difficult to say whether such a decision will become fruitful, in theory, the anti-corruption experience of Sytnyk can be useful to the National Agency.

The ARMA is engaged in law-making activities, but some initiatives are doubtful. The Agency offered to allow them to buy military bonds worth UAH 800 mln of the deposit portfolio. This will allegedly help to legally direct the money of suspects and accused to the needs of the army. However, this does not correlate with the main function of the Agency — the preservation of the economic value of assets.

All anti-corruption bodies help to bring the victory in the war closer in different ways. Some NABU employees and SAPO prosecutors, together with SAPO’s acting head Maksym Hryshchuk, went to the front, launched the Humanitarian Aid Headquarters under the NACP, and the ARMA provided the army with the property that has already been under management — equipment, cars, etc.

Assistance at the military front does not relieve the anti-corruption bodies of the obligation to perform their main functions.

The ARMA should not only search for, but also effectively manage assets. However, now this part of the mandate is not being fully exercised. First, part of the property transferred to the Agency is in the temporarily occupied territories. This blocks the process of its transfer to the control system. Secondly, the competitive selection of managers is not conducted 100% transparently because of closed registers.

The most acute problem now is the lack of leadership. Of the five heads of anti-corruption bodies, four are acting ones. The role of the manager is critical in the anti-corruption system. In the case of the SAPO, it is the leader who has a direct influence on the result of cases, especially with regard to special subjects (judges, MPs, top managers, etc.). The situation with the HACC is somewhat different because judges are more independent in their powers, the head of the court actually organizes their work.

Currently, competitions for the election of the NABU and SAPO leaders are unreasonably halted. Recently, Roman Kuibida, together with other members of the SAPO commission from the Council of Prosecutors, offered the chair of the commission to resume the meeting. After all, the competition is actually completed, all that remains is to approve the results and the winner. But this has been delayed since December 2021 until today.

The ARMA competition was resumed on May 23. The Commission met for the first time since the beginning of the war and reported that 10 candidates were ready to continue the selection. In the future, commission members plan to develop a schedule of interviews. However, even before the hostilities, the ARMA competition needed to be restarted.

The procedure for electing the head of the HACC is somewhat different from other competitions. A meeting of judges shall be convened, at which all candidates shall be discussed, and then a head shall be elected by secret ballot by a majority of votes. On May 6, the term of office of Olena Tanasevych expired, the functions are temporarily exercised by the judge of the HACC Appeals Chamber Oleh Pavlyshyn, as a judge who has the longest experience in office.

If the selection process is not renewed in the Bureau and the Specialized Prosecutor’s Office, and independent and professional managers are not elected, the achievement of anti-corruption reform will be threatened. And they are critically important to preserve and multiply after victory.

Recent data of the Corruption Perceptions Index showed that Ukraine did not make a big leap in the fight against corruption. There were some positive changes, but many issues remained unresolved, such as the adoption of the Anti-Corruption Strategy or the completion of judicial reform. War should not delay their resolution.

It should also not be forgotten that due to a full-scale invasion, some bodies and enterprises were forced to conceal public information about officials, property, and procurement. As soon as there is a favorable opportunity, the data should be opened because the principles of transparency and accountability are the greatest enemies of corruption.

Assistance at the military front does not relieve the anti-corruption bodies of the obligation to perform their main functions.