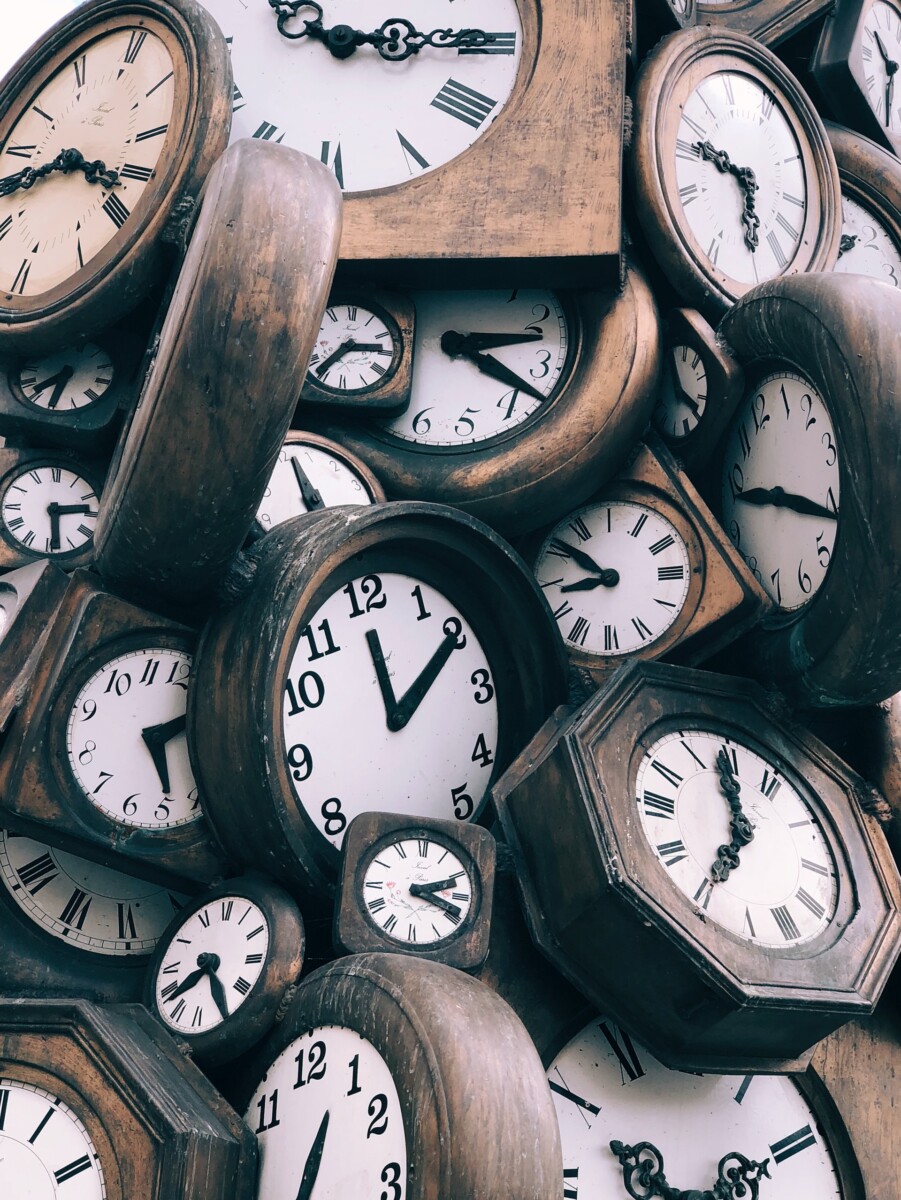 Another anti-corruption year: we keep fighting no matter what

Ukraine in December 2019 and December 2020 is the same country with the same people. However, in just a year, the “basic” direction for updates–I am talking about new faces and approaches–has changed. Under President Zelenskyy, officials who were predecessors in the time of Poroshenko began to fill high offices.

They bring not only experience, but a desire for total control, influence, and destruction of the reforms achieved before and without their participation.

It is unbelievable how things can change in just a year. Anyway, despite all the unpleasant surprises, there is a fervor to keep going ahead. At least, the public has it.

What has been the fight against corruption in Ukraine over the past year? How has it changed and is it still a fight, or are we rolling around in the swamp again? Let us try to figure it out.

Oleksandr Novikov was appointed as the Head of the National Agency on Corruption Prevention and began to reboot the Agency’s work.

The National Agency on Corruption Prevention before January 2020 and after this time is like two different agencies, isn’t it true? However, it was the Agency’s commendable performance that caused the most painful blow that the anti-corruption system received this year – the CCU`s decision of 27 October 2020.

The law on the protection of corruption whistleblowers came into effect.

On April 19, the new version of the Law “On Public Procurement” came into force. This version eliminates numerous gaps and opens up new opportunities for the business. Thus, businesses have more opportunities to participate in tenders and protect their rights if procuring entities violate them. These innovations make it possible to increase the efficiency and transparency of public procurement.

However, the new law (still) does not protect the sphere from violations. We still have to wait for a proper response to violations from the Auditors of the Western Office of the State Audit Service, so there is always room for improvement.

Anti-Corruption Strategy for 2020-2024 was created

For 3 years, Ukraine lived without such an important document. Different government institutions have had their own vision of anti-corruption progress, thinking, perhaps, tactically, but not strategically. And even this comes to an end very soon.
The Anti-Corruption Strategy was developed by the updated NACP in cooperation with all the stakeholders. The Agency actively contributed, and the public enthusiastically commented on the new document. Finally, the Cabinet of Ministers approved the draft Anti-Corruption Strategy, and on November 5, the Verkhovna Rada supported it in the first reading.

Under the new administration in the State Property Fund, the privatization process has been rebuilt, and each of the entities in the system knows what to do and how to do it. As a result, on average, prices at auctions increaseby a multiple of 2.8, the number of successful auctions increased by 27%, and budget revenues for 2020 increased more than fourfold — to UAH 2,247.1 million.

During this period, two landmark events also took place: the sale of the Dnipro hotel and the beginning of demonopolization of the alcohol industry. On July 15, the State Property Fund sold the hotel at auction for UAH 1.1 billion. And in the alcohol industry, which had long remained under full state control, 13 auctions for the sale of various distilleries across the country have recently been held, and 36 more enterprises are being prepared for sale.

Case of MP Yurchenko — the first investigation against the current MP

In September, NABU and SAPO served the MP from the Servant of the People faction Oleksandr Yurchenko with charges. He is charged with undue benefit through the use of his legal powers and duties.

From the very beginning, this was a special case. During the special operation of an undercover detective, Yurchenko asked for “buns” through an intermediary. Namely, the MP requested USD 13,000 to propose amendments to the Law of Ukraine “On Waste Management,” and further USD 200,000 to bribe fellow committee members.

Despite delays from the Prosecutor General Iryna Venediktova, the investigation continues.

New details in the Mykytas case

Last year, the NABU served former MP Maksym Mykytas with charges in the case on the appropriation of the National Guard property for over UAH 81 million. During the year, the former president of Ukrbud was applied and extended interim measures for violating the conditions of the interim measures, communicating with witnesses, and so on. Finally, in the spring, a construction developer Mykytas was granted bail of UAH 100 million – for the first time in the history of Ukrainian legal proceedings, this was such an impressive amount.

On December 1, we learned that NABU and SAPO served Mykytas with new charges of paying a bribe to an expert for underestimating the cost of a residential complex. A couple of days later, the NABU detained one of the defendants in the case Kostiantyn Dubonis, and HACC held him in custody.

However, the real explosion occurred later, when Prosecutor General Iryna Venediktova changed the prosecutors in the case, without any legal basis or justification. So, NABU detectives and SAPO prosecutors failed to serve Deputy Head of the Office of the President Oleg Tatarov with charges in time.

As part of the agreement with investigators, Maksym Mykytas voluntarily reimbursed UAH 50 million losses to the state budget and was released from the pre-trial detention center under house arrest.

The very fact of such a large-scale investigation in Ukraine is already an undoubted “plus.” However, very soon it may turn into a “minus.” It depends on how Volodymyr Zelenskyy and his entourage will react to what is happening.

These are the key anti-corruption achievements over the past year. Further, let us take a look at the bad things.

COVID-19 and the fight against corruption

The coronavirus has revealed many weaknesses in the functioning of our state, and not only in the medical field. First of all, the story of using funds from the COVID-19 fund is worth mentioning. What was promised as a transparent distribution eventually turned into a system of scheming, which was not at all about saving Ukrainian citizens. By the end of March 2021, the State Audit Service of Ukraine must provide the IMF with the results of the fund’s expenses audit, but we are unlikely to be satisfied with them.

For example, you can recall the procurement of 71 thousand Chinese medical protective suits for more than 34 million UAH. Minister Stepanov said that such expenses were a necessary step, although three days before the signing the “Chinese” contract, the SOE “Medical Procurements of Ukraine” agreed to purchase 90 thousand suits from a domestic manufacturer for 40% cheaper. NABU, which is investigating this case now, will inform whether there has been corruption here.

In March, the MP from the Servant of the People faction Geo Leros published recordings in which Denys Yermak, the brother of the Head of the Office of the President, allegedly arranges for the employment of unnamed persons for certain posts in government agencies. At the request of Leros, criminal proceedings were opened and subsequently transferred to the National Police.

Such actions of the MP did not go unnoticed — Leros was expelled from the Servant of the People faction, and Volodymyr Zelenskyy called him “a bribe-taker and a traitor to the country.” It became obvious that Bankova Street remains the main way for interested parties to “solve” urgent needs in their own favor. And all the big words about “eliminating corruption in the highest echelons of power” are just words.

ARMA never got a new head

The effective performance of the Asset Recovery and Management Agency not only has a highly important role in the system of anti-corruption agencies but is also the result of Ukraine’s fulfillment of its international commitments. And the fact that ARMA has been getting by without an actual Head for almost a year now is extremely dangerous because it is the manager who will be able to guide the team in one direction and focus on the priorities for the next five years. This person will also be responsible for the results of the Agency’s work.

Last December Cabinet of Ministers dismissed the Head of ARMA Anton Yanchuk but the Verkhovna Rada did not meet its obligations to elect representatives to a selection commission. Furthermore, it seems that MPs are not very interested in ARMA`s effective performance. The Parliament has not yet supported legislative changes that can significantly improve the agency’s work. And these changes are very necessary for the entire anti-corruption system.

First, the Cabinet of Ministers, and then the Verkhovna Rada, got back to the long-standing idea that all state agencies should buy certain goods exclusively in cooperation with Ukrainian producers for budget money. Officials strive to promote Ukrainian equipment, which consists of at least 35% of Ukrainian components.

Although the implementation of such an idea is dangerous for the Ukrainian economy, creates additional corruption risks, and contradicts Ukraine’s international obligations, it continues to be actively pushed through in Parliament.

This could be a true anti-corruption victory, but today the NABU investigation once again reveals the greatest Ukrainian weaknesses. Namely, corrupt courts and the unwillingness of the authorities to undertake real judicial reform.

However, it was not possible to detain the suspects in this case. At first, Iryna Venediktova did not want to sign a report of suspicion, and then the HCJ unanimously refused to suspend judges.

So, the judges retain their posts and preserve their authority, ignoring summonses to the HAAC. And Pavlo Vovk seems to mock the entire anti-corruption reform, remaining a symbol of an unsinkable leader.

Isn’t this the biggest failure in the fight against corruption over the past year?

No, because there is one more point.

On October 27, the Constitutional Court abolished criminal liability for intentional false declaration of assets or intentional failure to file a declaration and recognized certain powers of the National Agency on Corruption Prevention as inconsistent with the Primary Law of Ukraine. Thus, the judges of the Constitutional Court, granted the whim of certain MPs and not only, effectively terminating the majority of the anti-corruption reforms.

MPs needed 5 weeks to “think” how to make sure that they did not offend themselves and restore criminal liability for lying in the declaration. And it seems that, finally, they have chosen the worst possible option. Last week, a new Parliament`s decision significantly increased the threshold for criminal liability, but a sanction in the form of imprisonment for a failure to submit a declaration or declaring knowingly inaccurate information is still not provided. These are favorable conditions for corrupt officials. As many as 289 MPs demonstrated a true unity and supported such changes.

The next step is to restore the NACP powers on monitoring the lifestyle and verification of officials’ declarations.

So, it turns out that the International Anti-Corruption Day is not a holiday, but a reminder of our eternal issues. After all, there is always a fly in the ointment in every positive story. If we progress in one field, there is always an obstacle in the form of political will or its lack, bureaucracy, purposeful interference, or criminal non-interference in the other one.

Last year, it seemed for a moment that it would get easier from there. No. The only thing left to do is to keep fighting strategically and, if possible, reduce current challenges and kickbacks.