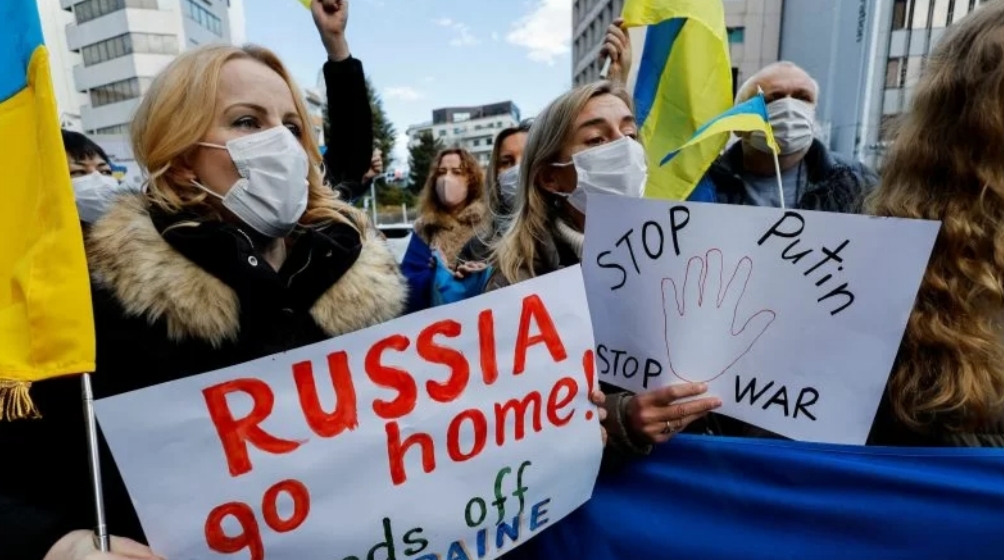 Deputy Executive Director of TI Ukraine for Legal Affairs Kateryna Ryzhenko left Ukraine to be as useful as possible. She told a story about how she crossed the border and what she does in Europe in the EU Confidential podcast by POLITICO.

Deputy Executive Director of TI Ukraine for Legal Affairs Kateryna Ryzhenko left Ukraine to be as useful as possible. She told a story about how she crossed the border and what she does in Europe in the EU Confidential podcast by POLITICO.

First of all, I want to thank the European countries and the European Union as an institution for the fast response to the war in Ukraine. There were a lot of sanctions and other things done.

However, the war is not over. Therefore, there should be next steps, there should be wider, stronger sanctions or better sanctions than those that we already have. However, I also think that we should look forward, and we should think strategically and plan for the future, both Ukrainians and the European Union.

For example, all those assets that have been frozen in many European countries: yachts, houses, money. At this point, there is a huge legal gap of what to do with them because many individual countries do not have the legislation exactly tuned to the situation, as no one expected it.

This is definitely something that should very soon be looked at by the European Union to address all those problems legislatively: how to seize these assets, how to confiscate them, and, more importantly, for the future of Ukraine, for any victims of the Russian aggression, how to use this money of the oligarchs, of the state officials from Russia, for a good cause, in order to address all the humanitarian and other problems that, for example, Ukraine has. We need to rebuild the country, we need to build back the houses, we need to recreate the infrastructure. It’s not only about tracing, seizing, freezing, it’s also about how we can confiscate that money, how to use it in order to cover the problems these people with this money created for the victims of the war.

Of course, there are several ways how to get about it. Funds can be created, for example, where international partners with civil society representatives and Ukrainian representatives decide how to manage this money, or there can be other avenues.

But first, the EU needs to address how to legally and according to the rule of law confiscate these assets. In many EU countries, Russian oligarchs are still able to use cars or yachts, they just cannot leave the country with them or sell them. Moreover, not always, in terms of frozen assets, can there be established the connection between the specific asset and, for example, a state official from Russia. This is also a thing that can be addressed by the European Union — creating and opening the registries of beneficial ownership, or generally improving anti-money laundering legislation.

Simply freezing the assets will not do, it will not rectify the harm that was done by Russia and by Russian officials and oligarchs who definitely fueled up the war and who keep paying, to some extent, for this war.

We should look forward, and we should think strategically and plan for the future, both Ukrainians and the European Union