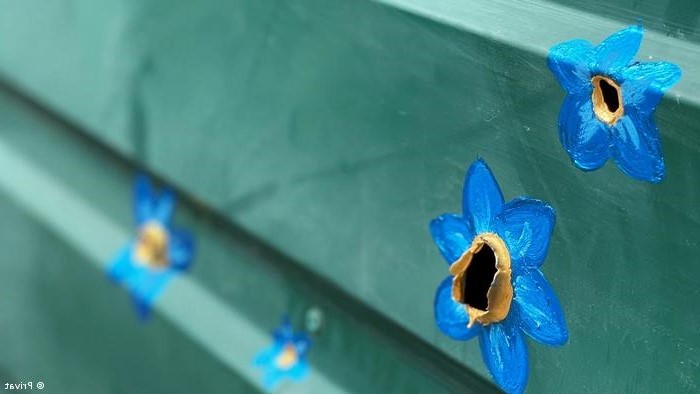 Reconstruction of Ukraine after the war

Despite the ongoing war, Ukrainian authorities, experts, and partners are already actively developing plans for the post-war restoration of our country. In this text, we explain what solutions are offered.

Despite the ongoing war, Ukrainian authorities, experts, and partners are already actively developing plans for the post-war restoration of our country. In this text, we explain what solutions are offered.

Reconstruction of Europe after the Second World War began only three years after its end. Before that, the viability of the post-war Western European economy was supported by imports from North America and subsidies and loans from the United States and Canada. This could not last long, which is why the Marshall Plan was developed — a program of technical and economic assistance to Europe not only to support but also to restore the economy.

If the country’s economy is not restored after the war, it will have to be constantly subsidized. And the latter as a result is much more expensive. It seems that world leaders have learnt this lesson well. After all, plans to rebuild Ukraine are already being talked about, although hostilities are continuing.

Who is developing this plan

On April 21, the President of Ukraine signed an order establishing the National Council for the Reconstruction of the Country from the Consequences of War. It is an advisory body tasked with developing a plan to rebuild Ukraine after the war.

According to the head of the Presidential Office, this plan has already been developed and presented to the Verkhovna Rada Committee on Economic Development on May 2. It has not yet been made public. However, Andrii Yermak shared the principles on which it is built:

The National Council for the Reconstruction of the Country from the Consequences of War consists exclusively of representatives of the Presidential Office and the Government. However, representatives of the public and international experts are also invited to the Council’s working subgroups. Authorities will listen to their advice.

The war in Ukraine is definitely a catastrophe. However, on the other hand, it opens a window of opportunities, in particular to engage world experts in various fields in the modernization and restoration of the country.

For example, the Center for Economic Policy Research has followed this path. It engaged eight world-class economists, including Kenneth Rogoff, Yuriy Gorodnichenko, Barry Eichengreen, and Sergei Guriev, to develop a “Blueprint on the Reconstruction of Ukraine.” In the document, the authors set out the basic principles on which the future reconstruction of the country after the destruction caused by the russian attack should be based. They also proposed 4 stages of action: one during the fighting to minimize damage and three — for gradual restoration.

At the same time, experts propose to create an International Agency for Reconstruction of Ukraine. Similar functions were performed by the Economic Cooperation Administration (ECA), which administered the Marshall Plan for Europe.

This agency must be affiliated with the EU, while being autonomous in decision-making and having a clear timeline. This body will advise Ukraine during the restoration and ensure that the money is channelled to its destination. That is, such an agency can co-exist with the National Council to assist it.

How will the restoration take place

First, before rebuilding, Ukraine is trying to minimize all kinds of losses from the war. This includes relocating businesses from the war zone to safer regions, housing for the temporarily displaced persons, and, in general, all measures to ensure that people and businesses continue to live and work, and that the economy lives on.

The second important step is to document the losses. On the one hand, it is needed to bring russia to justice for war crimes in international courts. However, on the other hand, such documentation helps to gather information about all the destruction and damage. Then it can be categorized and plans for reconstruction can be developed. For example, depending on the scale of the destruction, the house may need repair or reconstruction, or it will have to be rebuilt from scratch. To decide, firstly, information must be gathered about its damage, then it should be analyzed, and already on the basis of this analysis the choice must be made on what to do with the house.

A joint project of the Kyiv School of Economics, the Presidential Office and the Ministry of Economy, Russia Will Pay, and the Ministry of Digital Transformation are centrally documenting the losses from russia’s military aggression through the “Diia” application. Anyone can submit information about the damage the russian troops caused to Ukraine and its citizens: the destruction of infrastructure, housing, schools, looting, damage to the environment and much more. It is important that this collected information is then merged into one register, which will be used to plan the restoration.

Immediately after the end of hostilities, critical infrastructure will need to be restored. In particular — electricity grids, roads, railways, gas supply, water pipelines, Internet, rebuilding schools and hospitals, providing at least temporary housing for those who lost it. At this point, it will still be necessary to involve a lot of humanitarian aid. In part, this can be done before the end of the war — restoring the most essential things in the territories liberated from the occupation.

In the future, the state and partners will focus their efforts on restoring the economy as a whole and its stable growth. The main efforts will focus on job creation and permanent sources of income generation. These include programs for supporting and developing entrepreneurship, a balanced financial policy, and strengthening the energy sector.

As part of the post-war restoration, Ukraine will have to rebuild some cities almost from scratch. It is important that this reconstruction be not a blind reproduction of the destroyed. This is an opportunity to apply the latest approaches of urbanism and architecture to make Ukrainian cities more convenient and inclusive for their residents.

At the same time, for the movement to the EU, we will need to continue the reforms launched before the war and harmonize our legislation with the European one. For example, to introduce a European certification system, to continue large-scale privatization, anti-corruption and judicial reforms.

At the same time, it is critical not to lose previous achievements, but, on the contrary, to take them into consideration during reconstruction. Ukraine has made significant progress in ensuring transparency in public procurement. Currently, the Cabinet of Ministers has allowed procuring entities to purchase everything necessary under direct contracts. The only condition is to report on these procurement transactions either immediately or after the war. It’s the right decision. Just as it was right to allow everything necessary to fight COVID-19 to be purchased directly in the spring of 2020. However, military procurement transactions, as well as coronavirus ones at one time, will also need gradually to return to a competitive direction. How soon and in what way — the decision is being developed by the working group under the Ministry of Economy, together with Prozorro and experts from the public sector.

Where to get money

The restoration will be funded from all possible sources. The Ukrainian government has created several funds for this:

For reconstruction, it is also planned to create a separate Ukraine’s Restoration Fund.

It would be more sound to unify all these funds into one. After all, it will be much more difficult to monitor the use of money from 6-7 funds — this will create confusion and corruption risks. Therefore, a general Restoration Fund for all money would be a good solution.

The accumulating of funds for the restoration of Ukraine is already thought of in Europe. The energy community has created a Reconstruction Fund of War-Torn Energy Infrastructure for Ukraine, the donors of which will mainly be EU member states.

In addition, the European Union plans to create a special trust fund for the restoration of Ukraine, which will work as the European COVID-fund.

How will these funds be filled? First of all, Ukraine hopes for the assistance of partner countries and international institutions — the World Bank, the International Monetary Fund, the European Investment Bank, the European Bank for Reconstruction and Development.

A separate direction is the assistance of large international companies and charitable foundations.

Finally, part of the restoration costs can be covered at the expense of seized russian assets, both in Ukraine and in the world. However, in order for this to happen, it is necessary to make it possible from the point of view of legislation. The EU must decide how to seize these assets legally without violating the rule of law. At the same time, in relation to frozen assets, it is not always possible to establish a connection between a particular asset and, for example, an official from russia. It is also an issue that must be resolved by the European Union. It is necessary to create or open (if any exist) registers of beneficial ownership and generally improve the legislation on combating money laundering. A similar problem is now being solved in Ukraine.

Another theoretically possible source of funding is reparations from russia. However, they can only be talked about after the victory in the war and the capitulation of the rf. Russia must agree to compensate for the losses.

Ukraine takes into consideration the experience of previous wars of the 20th and 21st centuries and thinks about the restoration in advance. It’s not just about forming plans and funds for the future. For example, the reconstruction of critical infrastructure in the Kyiv region liberated from the occupation has already begun. And it’s great that the government responds quickly to challenges as soon as the opportunity arises. Thus, residents of the liberated territories will be able to return home faster, start working faster — the economy will recover faster.

However, it is now important that this recovery take place in a moderate and transparent way. Therefore, competent experts need to be engaged in these processes, and money must be spent effectively. Although the public sector is now actively engaged in supporting the army and providing humanitarian assistance, the restoration of Ukraine should become another parallel front for CSOs.