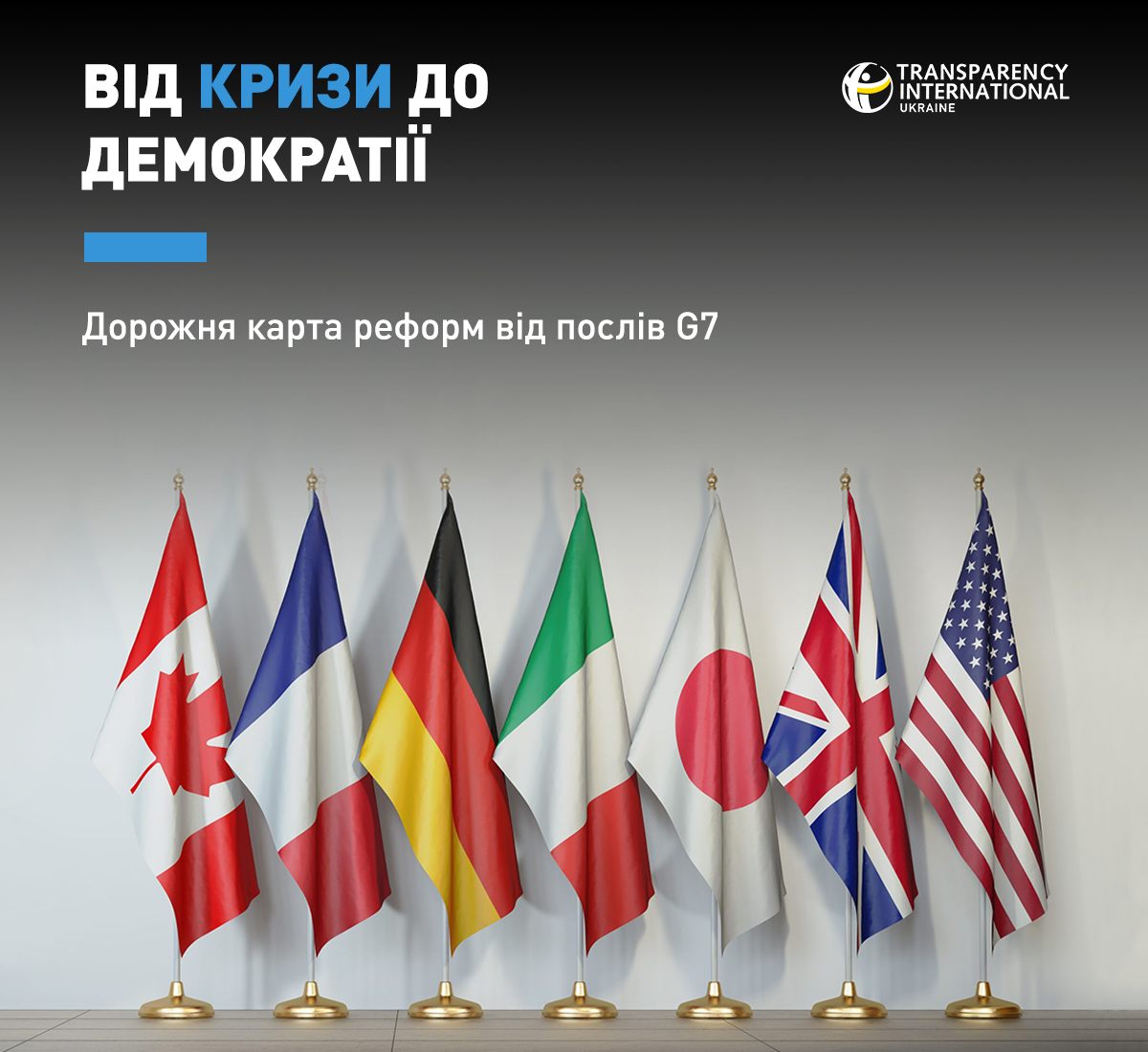 On January 25, G7 ambassadors to Ukraine released a roadmap for strengthening anti-corruption institutions and reforming the judiciary.

It is about a proposal for a comprehensive reform “necessary to establish a judicial system that meets the expectations of the Ukrainian people.”

In particular, G7 ambassadors believe that the recent decisions of the Constitutional Court of Ukraine (CCU) have led to the crisis which has put the country’s democratic development in jeopardy. That is why our country needs to take a number of priority measures to restore public confidence in the Ukrainian judiciary and anti-corruption infrastructure. According to the G7, some of these measures are absolutely urgent.

Thus, to implement the anti-corruption reform, G7 ambassadors recommend the following changes. Almost all of these measures have been mentioned in our research of capacity, management and interaction of anti-corruption infrastructure agencies, presented in October 2020, as well as in legal analyses of draft laws and CCU decisions.

Regarding the implementation of judicial reform, the G7 mostly had to structure the existing recommendations, including those from the Venice Commission. Unfortunately, the leadership of our state refuses to hear and follow them, so the ambassadors repeated all these tips again:

The Roadmap also includes recommendations on the future of the Supreme Court, an audit of the State Judicial Administration, liability of judges, the role of the Public Integrity Council, etc.