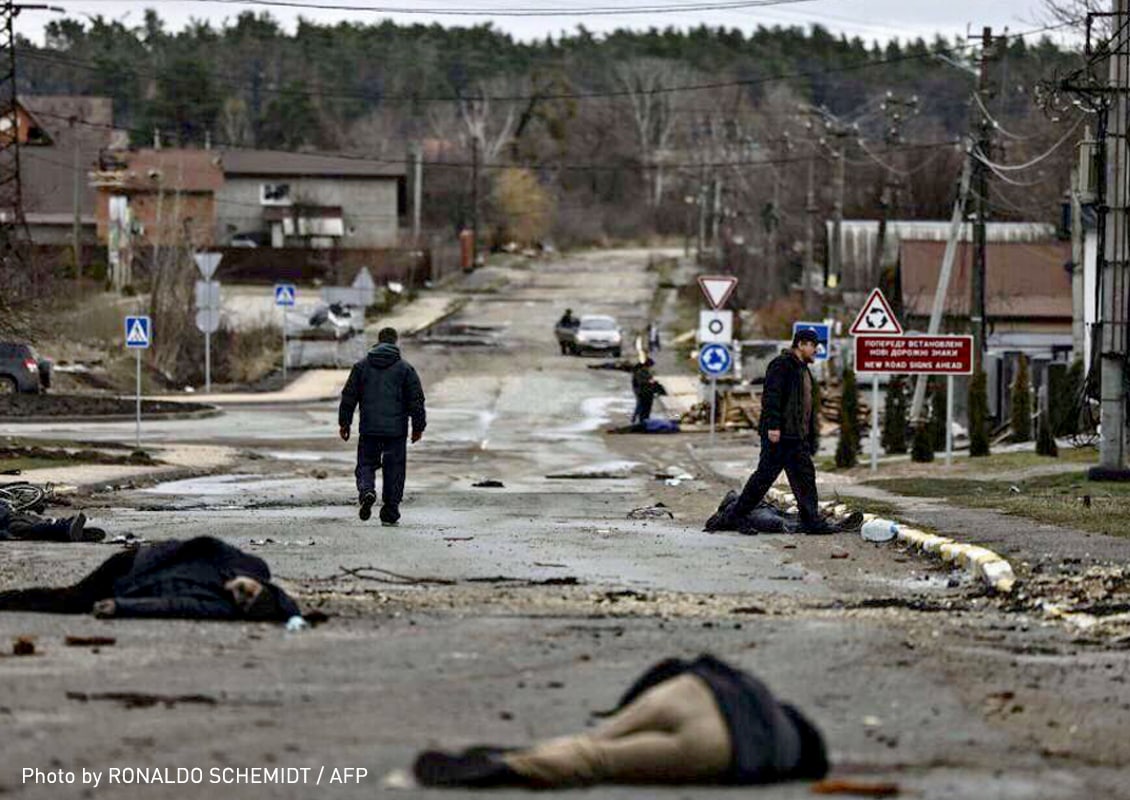 What is genocide: legal dimension

Genocide has always existed. The most notorious act of genocide against the Ukrainian people was the Holodomor of 1932-1933. In the 21st century, we witnessed yet another atrocity. However, today, the soviet authorities have been replaced by the russian army, which launched a full-scale war.

The governments of Estonia, Latvia, Lithuania, Poland, the Czech Republic, Canada, and Ireland have already recognized russian crimes as genocide of the Ukrainian people. However, legal recognition is equally important for Ukraine. The thing is that massacres, forced deportations, or rapes are not always qualified as genocide.

In the twentieth century, genocide was legally formalized as a crime in international law. Let’s try to figure out, what its essence is, and whether the death of Ukrainians in different cities can be qualified as a crime of genocide.

In 1944, the Polish lawyer Raphael Lemkin proposed the term “genocide.” He believed that genocide is a coordinated action to destroy national groups, as well as their freedoms, health, dignity, political and social institutions, culture, language, national consciousness, religion, and economic foundations of existence.

Such a definition was somewhat shortened and adopted at the official level after the end of the Second World War. In 1946, genocide was recognized as an international crime in the UN General Assembly Resolution. And in two years, a fundamental document was adopted — the Convention on the Prevention and Punishment of the Crime of Genocide.

Article 2 of the Convention on the Prevention and Punishment of the Crime of Genocide defines genocide as acts aimed at the destruction of any national, ethnic, racial, or religious group. What is considered an act of genocide:

Whether countries have ratified the Genocide Convention, they are bound by the principle that genocide is a crime prohibited by international law.

The responsibility for genocide is not only borne by individuals, but also by the state as a whole. After all, genocide is not an accident, but a premeditated act. For example, the Soviet authorities deliberately pursued a policy of collectivization and introduced violent grain procurement, which eventually led to the terrible Holodomor of 1932-1933.

According to Article 4 of the Genocide Convention, all participants in the crime of genocide, in particular, the senior leadership and direct perpetrators, should be punished. National courts or the International Criminal Court can try perpetrators of genocide. And the UN International Court of Justice has the right to establish the responsibility of the state for genocide.

Can the actions of the russian military in Bucha, Mariupol, and other cities be considered genocide of Ukrainians?

Theoretically, yes, but to do so, we need to attest to the fact of genocide. Genocide is called the “crime of all crimes” and the burden of proof for its commission is extremely high. To bring the russians to justice, it will be necessary to do the following:

1. Prove that there was an intention(goal) to destroy a national or ethnic group — in whole or in part. The presence of this conscious motive is the most important feature that distinguishes genocide from other international crimes. The number of fatalities does not play a key role.

Destruction must be carried out by physical or biological means. That is, the extermination of culture or the prohibition to speak Ukrainian does not fall under the definition of genocide. Instead, eyewitness accounts of rape or murder may be evidence.

Moreover, russian rhetoric can be evidence if recorded in official decisions, statements in the media, etc. Quite illustrative in this context is the article “What Russia should do with Ukraine.” It explicitly describes the call for the “elimination of the Nazis,” which the author considers not only the Armed Forces or the authorities, but also the civilian population.

2. Identify victims.International criminal courts work case-by-case. There are several approaches to the definition of genocide victims:

3. To establish guilt.Criminals may not expressly admit their guilt in court. In such a case, the intent to commit the crime of genocide is established on the basis of the conduct of the accused and indirect evidence. The scale of the crimes committed, evidence of mental state regarding the implementation of actions, the presence of a plan or policy, etc. are taken into consideration.

So, the legal process of proving the crime of genocide is quite complex and can last for years. It is necessary to collect not only the evidence base, but also to confirm that all these actions had the purposeful intention of destroying Ukrainians as a nation or an ethnic group.

One of the most famous international trials for the crime of genocide is the International Criminal Tribunal for Rwanda. In 1994, hundreds of thousands of people — mostly members of the Tutsi ethnic minority — were killed there in about 100 days.

Not only the Rwandan national courts worked to bring the accused to justice, but also the International Tribunal and the Gacaca people’s courts. This international tribunal helped convict the perpetrators of crimes in Rwanda, but it was the national courts that passed the largest number of sentences. In 1996, Rwanda established a specialized chamber in each court of first instance to hear genocide cases. The same year, the first trials began.

The International Criminal Tribunal for Rwanda formally ceased operations in December 2015. In twenty years, 89 Rwandans and one Belgian were charged with genocide. Seventy-five of them were prosecuted. The people’s courts were closed in 2012.

At the same time, the completion of the gacaca trials and the closure of the International Tribunal do not mean the end of the genocide trials. This crime has no statute of limitations. Thus, some trials are still going on — more than 25 years later.

The case of Rwanda is very illustrative for Ukraine. It proves that the perpetrators of the genocide can be tried, but this is a long process. Therefore, we should not hope that russian criminals will be punished quickly. Neither should we rely solely on the ICC because only the highest leadership of russia will be tried there, and the ordinary perpetrators will not. Ukrainian national courts must also work properly.

It proves that the perpetrators of the genocide can be tried, but this is a long process. Neither should we rely solely on the ICC. Ukrainian national courts must also work properly.