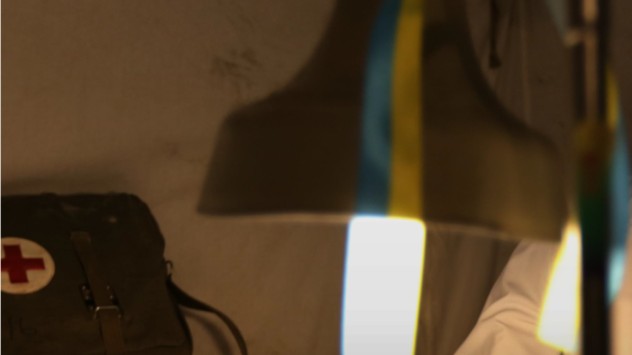 What the Doctor Prescribed? Corruption Risks in the System of Medical Supply in the Ministry of Defense of Ukraine

The system of medical supply in the area of defense has a number of lacunas and obscure mechanisms. They can lead to corrupt practices in procurement of medicines and medical products, purchase of products of low quality for the frontline and for military clinical centers. Besides, the medical supply system cannot offer effective procedures of reaction to complaints about unsatisfactory quality of the purchased goods. These are the conclusions laid out in the international research “What the Doctor Prescribed? Corruption Risks in the System of Medical Supply in the Ministry of Defense of Ukraine.” It has been carried out by the analysts of the Independent Defense Anti-Corruption Committee (Nezalezhnyi Antykoruptsiinyi Komitet z pytan Oborony, or “NAKO”) – a joint initiative of Transparency International Defence & Security (the UK) and the Ukrainian chapter of the global anti-corruption network Transparency International. The research is based on in-depth interviews with the employees of the Ministry of Defense of Ukraine, volunteers and international experts, as well as analysis of documents and media publications.

Healthcare and safety of our military people have to be one of the priorities of the Ukrainian army. Actively supported by representatives of the public, the state has achieved considerable progress solving a number of strategic problems in military medicine. There has been a significant increase in government funding – in 2017, the Ministry of Defense has allocated UAH 327 million ($12.4 million) for medical needs, which is 25% more than the previous year. Out of these funds, UAH 205 million ($7.8 million) has been allocated for medical treatment and the remaining part is meant for procurement of medicines and medical equipment. Shortcomings of the medical supply system, however, often stand in the way of efficient use of public funds.

The NAKO’s research describes problems and risks in the area of medical supply using three specific examples. The first case considered in the report is connected with the procurement of 30 000 tourniquets to control bleeding in autumn of 2015. Volunteers and tactical medicine experts brought up the low quality of the tourniquets on numerous occasions – sometimes they would tear when used. This example indicates such problems as failure to put the products through thorough testing, the absence of an effective feedback mechanism and a lack of financing.

In 2017, the MoD’s Medical Department made the decision about decentralization of procurement – now, medical supplies are purchased not by the Ministry but by regional clinical centers. It allows providing for urgent needs faster, but requires additional control both by the authorities and the civil society.

The analysts also pointed out the lack of mechanisms that would prevent the Ministry of Defense from working with dishonest suppliers.

The third example describes classified procurement of transport for extraction that Ukraine started producing in 2016. The vehicles in question are cars built from Chinese parts at the cost of $32,000. The example points out excessive secrecy of the state defense order, which renders control over procurement and detection of potential irregularities impossible. Besides, potential suppliers may fall under the impression that decisions concerning the choice of the supplier are influenced by the conflict of interest.

In order to mitigate problems and risks in the system of medical supply in defense, the experts of  Transparency International Ukraine and the NAKO have developed a number of recommendations for the authorities:

TI Ukraine and TI Defence & Security hope that the Ministry of Defense will heed the NAKO’s recommendations and apply them to eliminate problems and risks in the area of medical supply in defense. It is exactly the fruitful cooperation and constructive dialogue between the authorities, civil society and experts that will enable Ukraine to increase the standards of Ukrainian military medicine to the NATO level and strengthen the army amidst the military conflict in Donbas.