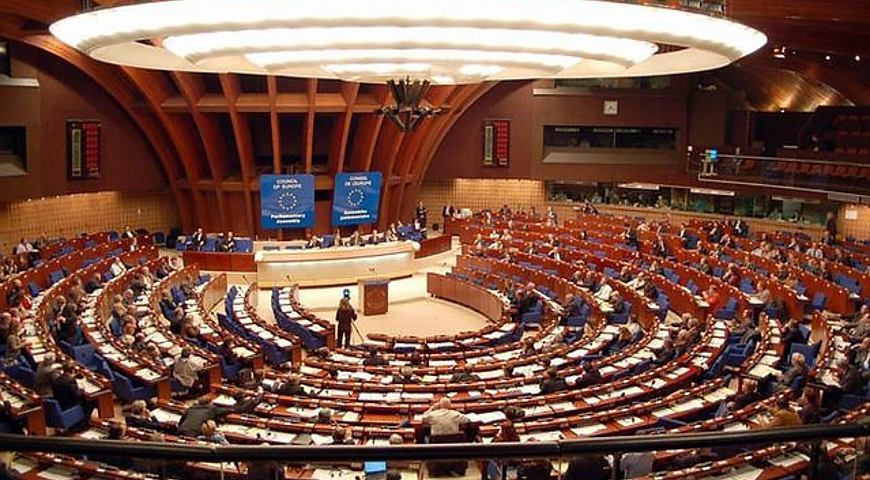 Mechanisms of Sanctions and Expulsions: How Other Countries Restrict russia

The European Parliament adopted a resolution, the European Commission discusses the embargo on russian energy carriers, and the Council of the European Union voted for a new package of sanctions — you can get confused in the names of EU bodies. Adding other countries, international institutions and associations to them, as well as every vote for new restrictions for russia is likely to raise the question: “What does this mean?”

This text will help understand it because it briefly explains who and how imposes sanctions against russia.

In order for a country to impose sanctions on its own, it must have the appropriate legislation. Those who do not have their own sanctions program impose restrictions approved by the UN and, in some cases, the EU. Nigeria and Indonesia, for example, are lacking the legal means to determine sanctions. Countries that could, but have not yet done so, include China, India, Israel, Turkey, and Serbia.

The UN will not be able to impose sanctions on russia because it has the right of veto in its Security Council. To get out of this situation, New Zealand even changed the legislation — and only thanks to this was it able to choose the restrictions on its own.

In turn, France, which is a member of the EU, has its own sanctions program; so, in addition to implementing the sanctions of the union, it can choose similar measures at its discretion.

In Britain, sanctions are approved by ministers, now headed by Boris Johnson.

In Canada, sanctions are prepared by the Minister for Foreign Affairs and approved by the Governor General. This is the representative of the monarch (currently Queen Elizabeth II) because Canada is part of the British Commonwealth.

In Switzerland, sanctions are approved by the Federal Council, the highest executive body. It both imposes restrictions on russia on its own and follows EU sanctions.

In Japan, sanctions may be imposed by the Cabinet of Ministers and separately by the Ministers of Finance, Economy, and Foreign Affairs.

In Australia, the Minister for Foreign Affairs is authorized to introduce them.

The European Council takes the first step. It has to make a political decision that sanctions need to be introduced. The European Council (informally EUCO or EC) is composed of the heads of EU countries — presidents and prime ministers, the President of the Council (now Charles Michel), and the President of the European Commission (Ursula von der Leyen). This is a certain platform for discussions, where they together determine the general directions of the policy and priorities of the union.

After the EU Council has approved the sanctions, the members of the Union must bring their internal rules into line with them. The implementation of sanctions is further monitored by the European Commission, the highest executive body of the EU, somewhat like the Cabinet of Ministers in Ukraine. Unlike the European Council and the EU Council, it represents precisely the collective interests of the EU, not of the member states individually. The European Commission deals with all the technical nuances of the Union sanctions: so that they do not contradict the law and international law, are logical and feasible.

What about the European Parliament? On 7 April, it supported a resolution on a full and immediate embargo on import of russian energy carriers. However, it is important to understand that it is recommendatory in nature — it is a call to EU countries to stop buying oil, gas, and coal in russia.

So, let’s summarize everything in terms of the EU:

You can learn more about the procedure for implementing sanctions in the EU, the USA, and Canada from the NACP infographics.

According to the UN Charter, member states are required to implement the organization’s sanctions. They are approved by the UN Security Council. Russia has the right of veto in it, so this way is closed for now. At the same time, it was suspended from the UN Human Rights Council. It is an international human rights body that conducts general research on the observance of human rights, prepares recommendations and drafts international legal acts for their protection.

It is unlikely that russia will be expelled from the UN. However, the question of whether it has the right to take a seat in the Security Council has already been raised on numerous occasions.

Despite the similarity of the name with the European Council and the EU Council, the Council of Europe is by no means an institution of the European Union — it is a separate international organization. It brings together 46 (until recently 47) European countries that recognize the rule of law and guarantee fundamental human rights and freedoms for their citizens.

After the annexation of Crimea in 2014, the Parliamentary Assembly of the Council of Europe (PACE) suspended russia’s voting right. However, in 2019, this right was restored.

It was only in March 2022 that russia was finally expelled from the Council of Europe. This was done by the CE Committee of Ministers with the previous recommendation of the PACE (216 votes out of 219). The Convention for the Protection of Human Rights and Fundamental Freedoms ceased to be in force in russia with the withdrawal from the organization. That is, its actions can no longer be contested with the ECHR, and it does not undertake to comply with the provisions of this document, such as respect for human rights, not to torture, not to apply the death penalty, not to resort to slavery. The russian LDPR party even stated that by doing so it “throws off the shackles of alien values and rules.” However, part of its obligations are still in force under other international documents.

In such organizations, countries negotiate mutual trade facilitation, help each other through crises, and build economies. To strengthen the isolation of russia from the civilized world, it is necessary to expel it from the platforms of economic cooperation.

In early March, Ukraine officially appealed to the G7 countries to terminate the membership of russia and Belarus in the International Monetary Fund (IMF) and all World Bank organizations. To summarize and simplify, the IMF is responsible for financial stability in the world, and the WB helps countries to develop their economies and reduce poverty.

The IMF includes 190 countries of the world. The Fund monitors the economic situation in the world, provides loans, and helps governments to pursue high-quality economic policies. Russia may be cut off from the right to borrow from the IMF, vote there, or be expelled from the organization altogether if it violates the agreement, for example, when not providing the necessary information: its balance of payments, inflation index, exchange rate, or other economic indicators. The final expulsion of russia from the IMF requires the support of 85% of the Fund’s members.

It provides countries with cheap loans for specific development projects. At the beginning of March, the WB stopped its programs in russia and Belarus. In addition, it has not provided new loans to russia since the annexation of Crimea, and to Belarus since mid-2020. As in the case of the IMF, it will be possible to expel russia from the World Bank if it violates its obligations. Then the WB can suspend russia’s membership by a majority vote, and if this decision is not canceled within a year, it will be automatically expelled.

European Bank for Reconstruction and Development

It is important for the EBRD not to be confused with the International Bank for Reconstruction and Development (IBRD is part of the World Bank and is its main lending institution). The EBRD borrows funds for specific projects for the development of the economy in countries from Central Europe to Central Asia. After the annexation of Crimea, the bank stopped investing in new projects in russia, and since mid-2020 — in Belarus.

In early April 2022, the Board of Directors of the EBRD voted to stop russia and Belarus from accessing the bank’s finances and expertise. Earlier, the EBRD Board of Directors called for this. The Bank will not invest in new projects and may stop payments for existing ones. If during the year, the EBRD does not renew the rights of russia and Belarus in the organization, they will be automatically expelled from it.

It is responsible for the global rules of trade between states. Its main function is to make trade as easy, predictable, and free as possible. Countries negotiate reduced customs rates, simplified trade rules, etc.

It will be quite difficult to expel russia from the WTO: the agreement of the organization does not provide for a direct expulsion procedure or criteria, such as the maintenance of a democratic order, the violation of which could be the grounds for suspension of membership. However, the member states of the organization can introduce restrictions themselves. Thus, several countries unilaterally suspended the most favored nation (MFN) principle in trade relations with russia. This was done by the G7 and EU states, as well as Albania, Australia, New Zealand, Iceland, Norway, South Korea, Moldova, Montenegro, and Northern Macedonia. Now these countries can increase duties on russian goods on their own or ban their import altogether. That is, in relations with them, russia loses the preferences provided by WTO membership.

In addition, russia was excluded from the group that elects representatives to chair various committees and bodies of the WTO.

We could go on for a long time because, in today’s globalized world, there is a lot of intertwining between countries: political and economic associations, agreements, partnerships. And there are still places to expel russia from and things to prohibit in relation to it. Therefore, the international community must intensify pressure on russia, isolate it from the rest of the world — only in this way can we block russia’s sources of resources for war.