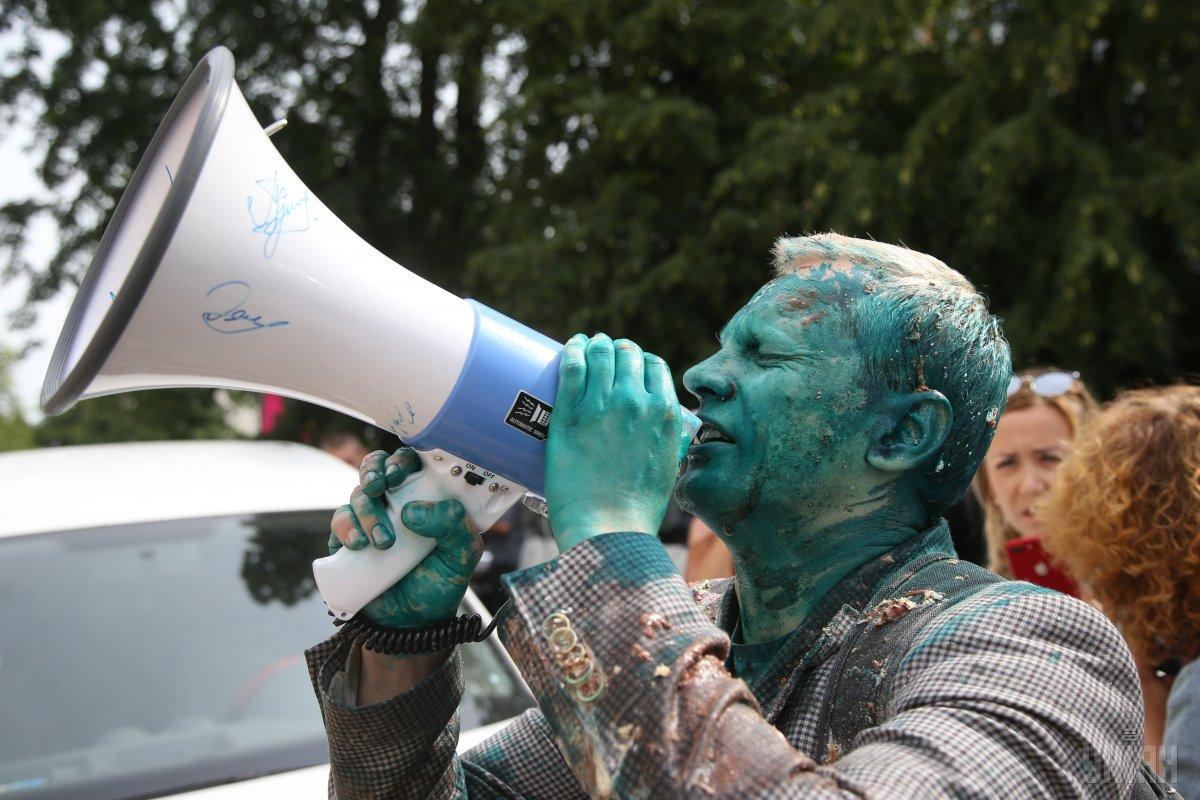 TI Ukraine Demands to Investigate Attack Against Activists Outside SAPO

Transparency International Ukraine points out a negative tendency: escalation of unpunished violence against anti-corruption activists. The attack against the peaceful demonstration outside the Specialized Anti-Corruption Prosecutor’s Office on 17 July is a bright illustration of this phenomenon. We demand that law enforcement agencies investigate this crime and punish the perpetrators.

On 17 July, activists of anti-corruption organizations took part in a peaceful demonstration outside the Specialized Anti-Corruption Prosecutor’s Office. Unfortunately, the police was unable to ensure safety of the participants. As the result, provocateurs were able to attack the activists. Chair of the Board of Anti-Corruption Action Center Vitaliy Shabunin suffered chemical burn injuries to his eyes after having brilliant green splashed in his face.

Transparency International Ukraine demands the National Police and Prosecutor General’s Office to investigate this incident. The public has to know who ordered and organized the attack.

Besides, there is a negative tendency we would like to highlight: violence against anti-corruption activists remains unpunished. The police is yet to answer who burned the office of Rivne agency Fourth Estate, who organized the attack on whistleblower judge Larysa Holnyk and who attacked Odesa activist Vitalii Ustymenko. We would also like to point out that police is stalling the investigation of death of Kharkiv region activist Mykola Bychok.

This situation is a shame for the law enforcement system. We demand that the management of law enforcement agencies pay attention to these cases and report on their investigation.