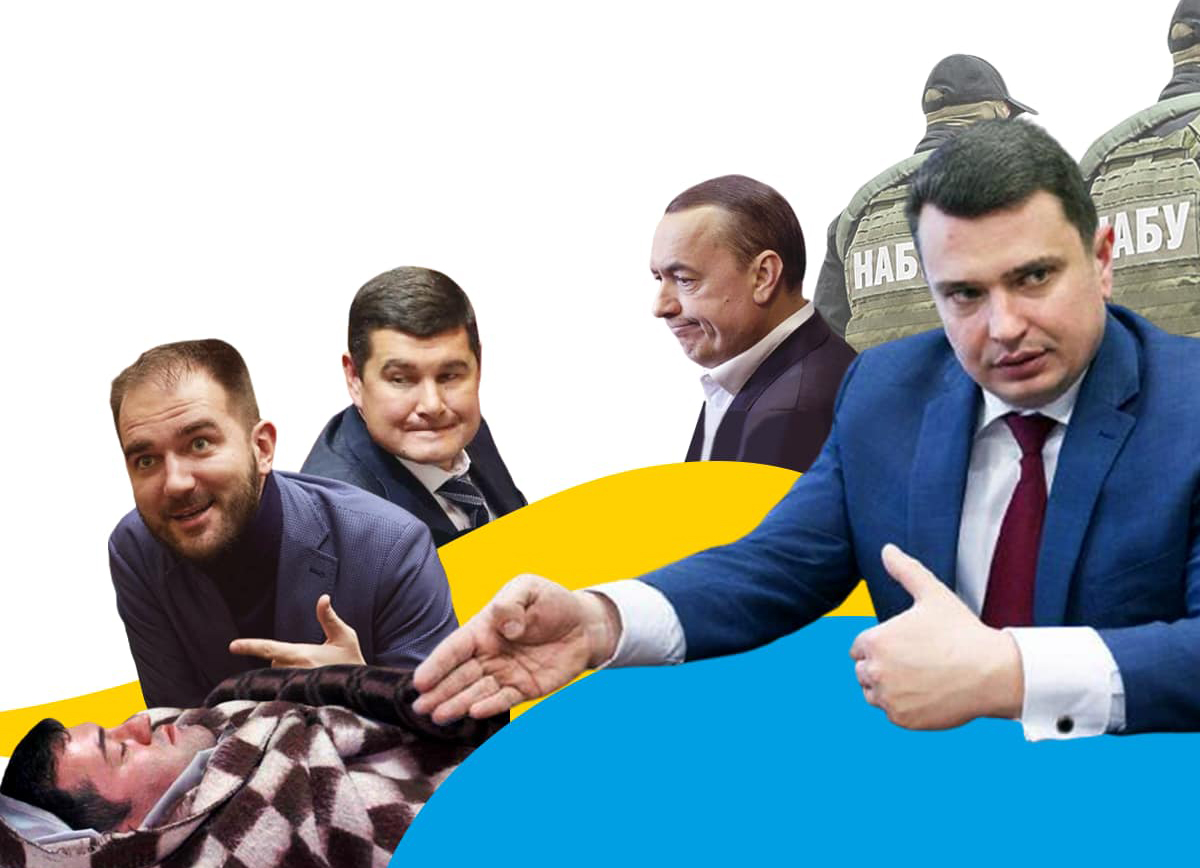 Sytnyk Completes His Work at NABU. What were the 7 years and what to expect next?

In 7 years, the NABU has managed to create a solid foundation for work and lay the principles of independence. It is important to preserve and multiply existing practices and approaches.

On April 16, 2022, the term of office of Artem Sytnyk as Director of the National Anti-Corruption Bureau expired.

In 2015, out of 186 applicants, he won the competition and headed the first anti-corruption body in Ukraine. Since then, we have heard about high-profile revelations in the cases of Mykytas, Nasirov, Tatarov, Chaus, Yurchenko, KAC films, or the Rotterdam+ formula.

It was these cases that NABU detectives investigated with SAPO prosecutors. Ukrainians were waiting for the untouchables to become the accused and prisoners. There have already been 68 convictions. There were also acquittals, for example, of Omelyan, ex-minister of infrastructure, or ex-MP Solvar.

NABU detectives do not pay attention to the status or last name and detain any potential corrupt officials. Thus, in 2020, they exposed Oleksandr Yurchenko, MP of the Servant of the People party, on the bribe, and in a year, they referred the indictment to the HACC. In total, at the end of 2021, 670 people acquired the status of the accused.

The NABU proves that there are no untouchables. Officials, judges, lawyers are justly punished for crimes. Among them is the former Deputy Minister for Temporarily Occupied Territories Yurii Hrymchak. The day before the war, the HACC sentenced him in the first instance to 10 years in prison with full confiscation of property for a bribe of USD 1.1 mln.

Over the past 7 years, the relationship between the NABU and the SAPO has been different, to put it mildly. There were aquarium scandals, and wiretapping, and, of course, effective joint work. Together, anti-corruption detectives and prosecutors exposed many corruption schemes, among the most recent ones — UAH 689 mln of losses of the Odesa community. They also completed pre-trial investigations into several high-profile corruption cases:

In 2021, the Bureau turned from a law enforcement agency into a central executive body with a special status. That is, the NABU moved from under the President’s vertical into the government’s subordination thanks to the updated law. Before that, the Constitutional Court declared the appointment of the director by the President of Ukraine unconstitutional. The change of the status did not change the institutional independence of the NABU, and this is a decisive victory.

The digitalization of the investigation remains a certain challenge for the rapid exchange of information between anti-corruption bodies.

In addition, there have been attempts to change the legislation in order to limit the functions of the NABU. The so-called  “Lozovyi’s amendments” introduced a monopoly on the conduct of examinations in criminal proceedings and unreasonably expanded the powers of investigating judges to appoint examinations. Moreover, in 2019, the Constitutional Court of Ukraine deprived the NABU of the right to file lawsuits in court to annul illegal agreements of state-owned enterprises and return funds.

We cannot keep silent about Sytnyk’s inclusion in the Unified State Register of Corrupt Officials. Someone said that it was rightly, someone said it was an attempt to put pressure and remove the director of an effective NABU. I will say that working under constant pressure is an integral part of this position.

In 7 years, the NABU has managed to create a solid foundation for work and lay the principles of independence. It is important to preserve and multiply existing practices and approaches. Until the end of 2022, the NABU has a roadmap — the NABU Development Strategy, but it cannot replace the head.

Until the new Director of the Bureau is elected, Gizo Uglava will perform responsibilities of the first deputy. He will have all the same powers, but will not have the same guarantees of independence that the law grants to the Director.

The competition for the position of Director began before the war. The government even managed to approve the composition of the commission, although with some inconsistencies, but commission members are to begin the process of selecting candidates. The war did not stop the NABU’s work. On the contrary, employees of the Bureau are actively engaged in the investigation of crimes related to Russian assets. Therefore, war should not become a reason for delaying the competition.

It is absolutely necessary to hold a competition and choose a professional and honest leader. In my opinion, his main function is to preserve and develop the Bureau in a crisis. Personnel, processes, institution. After the war, there will be a lot of work, and even now, there are loads of it.

In 7 years, the NABU has managed to create a solid foundation for work and lay the principles of independence. It is important to preserve and multiply existing practices and approaches.