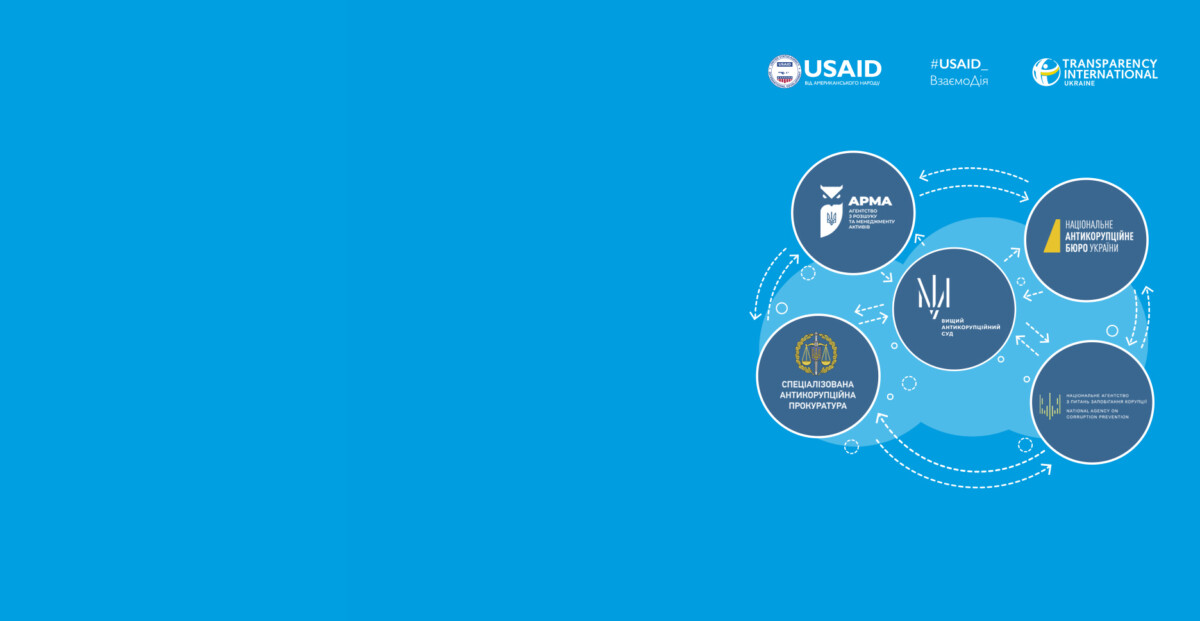 On October 29, Transparency International Ukraine presented its first own study of capacity, management and interaction of agencies that make up Ukraine’s anti-corruption infrastructure.

In the study, experts provided a comprehensive assessment of the institutional and operational capacity of the main anti-corruption bodies of Ukraine:

Starting the presentation TI Ukraine’s Executive Director Andrii Borovyk emphasized: “All these five agencies are capable; they have results. Each of the agencies is at a certain level of development, because each of them was created at a different time. This study should be a kind of starting point for talking about strategic things. Because the battle that has been lost so far is a local battle. And the institutional capacity is always a very long process.”

“It’s really important to preserve what has already been built, to avoid ruining the institutional capacity that is already there, and to focus on the further development of these institutions and their functionality instead.” I really hope this research will help us understand how to proceed. I also hope it will give both the agencies themselves and other stakeholders, like the Parliament, the Cabinet of Ministers, the Presidential Office and others, understanding of the activity of the anti-corruption infrastructure. We are planning to refine the methodology and to conduct a similar study in a few years to compare the results.”

Based on the findings, the TI Ukraine team developed a number of recommendations that will help strengthen the capacity of anti-corruption institutions.

The topic of pressure on the anti-corruption system and attempts to break it could not be avoided during the discussion. That included the outrageous decision of the Constitutional Court on electronic declarations and NACP powers.

“The Constitutional Court made the decision in the situation of a total conflict of interest of some judges,” commented Head of NACP Oleksandr Novikov. “They effectively cancelled their own liability for corruption-related violations.” The decision is not subject to appeal, so we have to accept it. We are currently returning all reports of corruption received by the NACP, because this provision has been repealed.”

“This is not the first decision stopping the anti-corruption reform, and I think it is far from the last one,” added NABU Director Artem Sytnyk. “This is already a very threatening trend. I believe this decision does not comply with either the spirit, or the letter of the law. The judges who issued it acted in a situation of conflict of interest. This is a systematic approach to the destruction of anti-corruption bodies and relevant laws. It is an attempt to stop everything that was created with so much effort during the 5 years after the Revolution of Dignity.”

Representatives of anti-corruption institutions also mentioned other challenges they face. HACC Chief of Staff Bohdan Kryklyvenko mentioned the explosion at the parking lot of the High Anti-Corruption Court early on October 1: “We try to approach the existing situation calmly and reasonably. Our goal is to avoid succumbing to pressure at all costs and to keep organizing the court’s work as usual.”

“An anti-corruption agency tasked with management of someone else’s property cannot be considered independent without an independent head,” said Deputy Head of the ARMA Volodymyr Pavlenko. “The agency has been without a permanent Head for a year now, getting by with an Acting Head instead. He can be removed at any time. What kind of independence can we talk about?”

Acting Head of SAPO Maksym Hryshchuk brought up another petition filed with the Constitutional Court:

“If the decision on the constitutionality of the HACC is made in a way that agrees with the members of the Parliament, this will be much more than a step back. This will have a major impact on the efficiency of the entire anti-corruption infrastructure. The first sentences were issued within one year. We can feel it in the attitude and procedural behavior of individuals involved in our cases.”

The methodology for the research of capacity, management and interaction of anti-corruption agencies has been developed on the basis of, and taking into account, the main approaches and methodology of the National Integrity System (NIS), developed and implemented by the international anti-corruption network Transparency International, which has already been applied in numerous countries.

The research assessed the resources, independence, transparency, accountability, and integrity of these agencies between January 2015 and August 2020. All indicators had two aspects: the legal framework and the actual situation in the agencies’ operation.